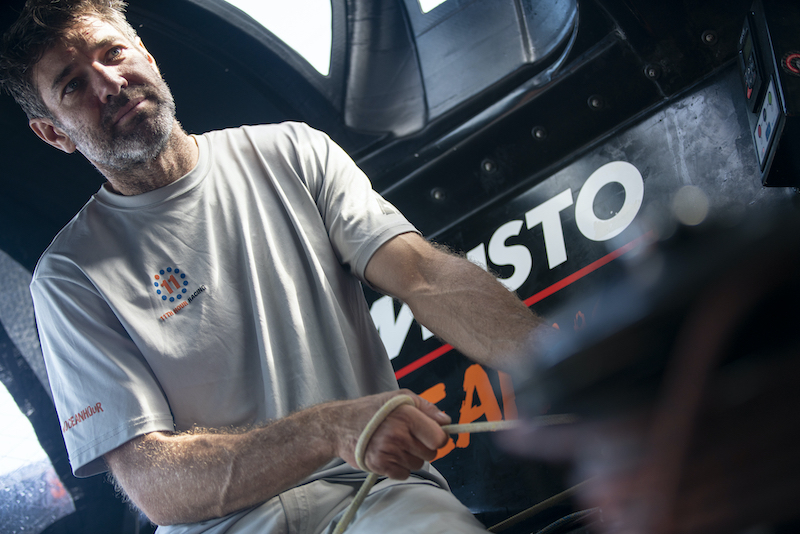 Justin Chisholm’s latest guest on The Yacht Racing Podcast is British yachtsman Simon Fisher who recently signed up with 11th Hour Racing Team for his sixth campaign to win The Ocean Race.

SiFi – as he is universally known – is one of the world’s most well respected and best liked professional sailors and is very much sought after on the international Grand Prix racing circuit.

He is though perhaps best known for around the world racing exploits which feature no less than five Volvo Ocean Race campaigns – including of course a resounding victory in the 2014-15 edition with Abu Dhabi Ocean Racing.

And now he is back for campaign number six, having signed up for The Ocean Race 2022=-23 with the American 11th Hour Racing Team led by Charlie Enright and Mark Towill , with whom SiFi finished fifth in the 2017-18 edition.

Justin caught up with SiFi on Zoom in Newport where – while their new boat is under construction in France – the 11th Hour Racing Team is currently in training mode aboard what used to be Alex Thomson’s Hugo Boss IMOCA 60.