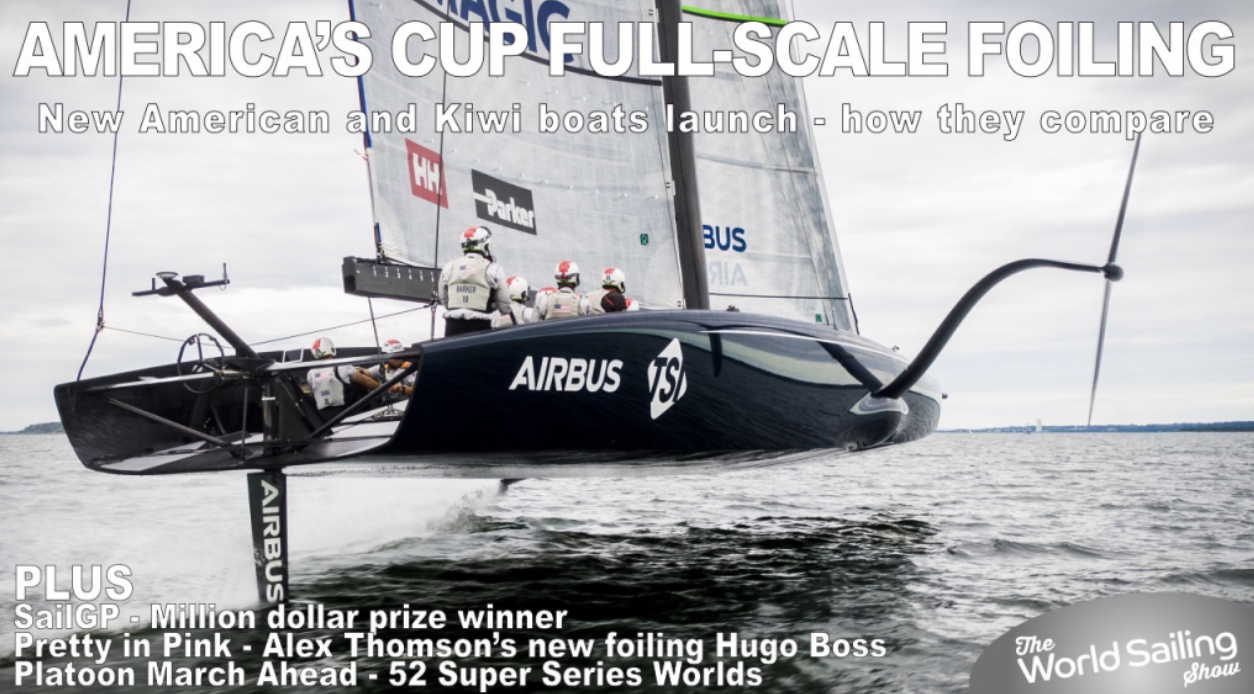 In the October 2019 edition of The World Sailing Show…

52 Super Series
The 52 Super Series is the premier category in pure monohull racing, attracting the best sailors on the planet. Round 4 was the big one – the Rolex 52 World Championship. 11 teams from 8 nations competed and the title changed hands. We bring you all the action from Puerto Portals, Mallorca

Kona Windsurfing World Championships
The 2019 KONA World Championships took place on Lake Garda, Italy. We report on the 4 days of racing that saw 71 athletes representing 13 nations. A Dutchman dominated the event to be crowned champion.

Maxi Yacht Cup
50 of the world’s most impressive and powerful monohull yachts came to the Italian island of Sardinia to challenge for the Maxi Yacht Rolex Cup – onboard were some of the world’s top professional sailors who also competed for world titles within their class.

America’s Cup launches
The America’s Cup has emerged from hibernation with the first two boats launched and tested on their foils. American Magic and Emirates Team New Zealand successfully tested their new AC75s on their respective home waters but the two boats appear to have very different features.

SailGP
The inaugural SailGP season came to a climax with Tom Slingsby helming the Australia Team to the 1 million dollar prize.

J70 Worlds
The J/70 World Championships saw the title won by a British boat for the first time in the events history.

Alex Thomson Foils
British round the world sailor Alex Thomson has launched the boat he hopes will help him win the next Vendee Globe. The 60 foot, 7.6 tonne, carbon-fibre, foiling IMOCA boat is the culmination of two years of design and build work involving more than 100 naval architects, engineers and boat builders.