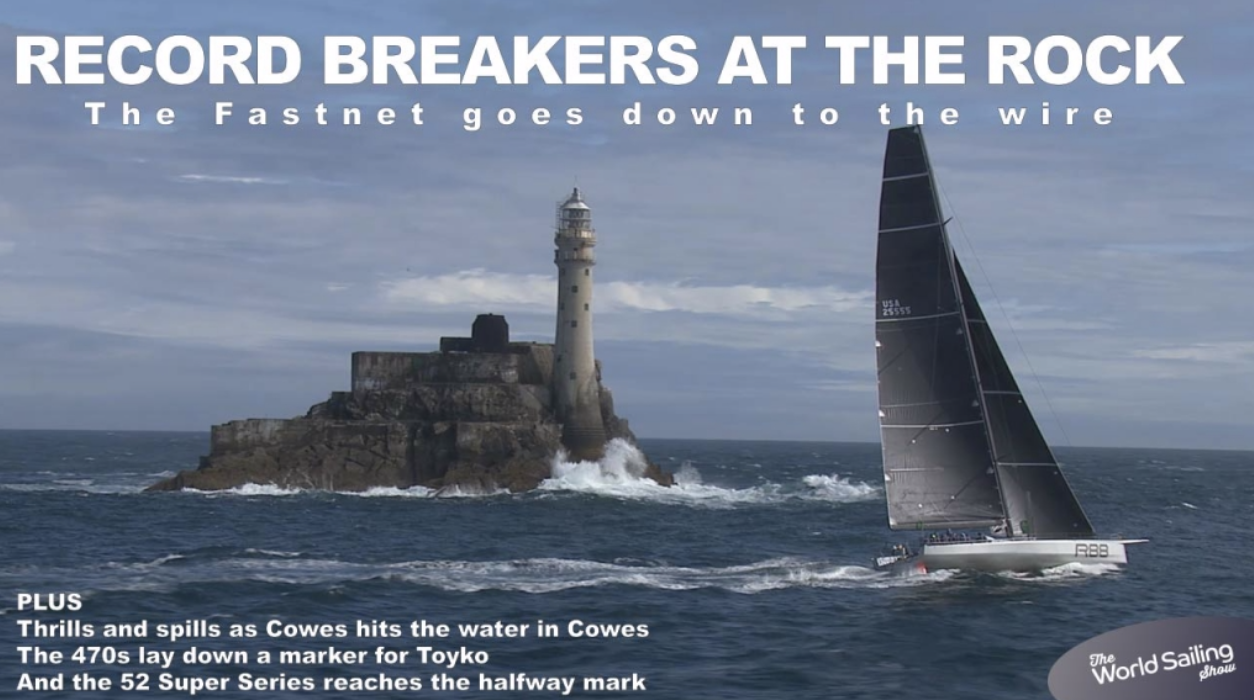 On the September 2019 edition of the World Sailing Show…

The Fastnet Race
It’s one of the great classics of sailing and the largest offshore race in the world. The legendary, biannual sprint from Cowes, round the Fastnet rock off the south-west coast of Ireland and back to Plymouth didn’t disappoint this year. As well as big boats dominating the mono-hull race, there was a record-breaking tussle between the Ultimes of Maxi Edmond De Rothschild, skippered by Volvo Ocean Race winners Franck Cammas and Charles Caudrelier, and Francois Gabart’s MACIF with Jimmy Spithill onboard.

SailGP in Cowes
It was only a matter of time perhaps, but the elusive 50 knot barrier was finally broken in Cowes as the extraordinary racing machines made their European debut. Team GB were first to break the milestone at the fourth act of the inaugural season, but that was only the start of the most dramatic event to date.

Tour Voile
This seven-act tour is a firm favourite in France with both sailors and spectators alike. Made up of inshore racing and coastal raids, the World Sailing Show looks at how the 2019 event panned out and who was left holding the trophy after the last stop in Nice.

The best male and female crews including reigning Olympic Champion Hannah Mills were in Japan to see who could conquer conditions ahead of Tokyo 2020.

52 Super Series – Cascais
The most refined grand prix monohulls were in Cascais, Portugal for round three of this year’s championship. The venue renowned for its strong breeze and punchy conditions did not disappoint as 2018 champions Quantum Racing went in search of their first regatta win of the season.