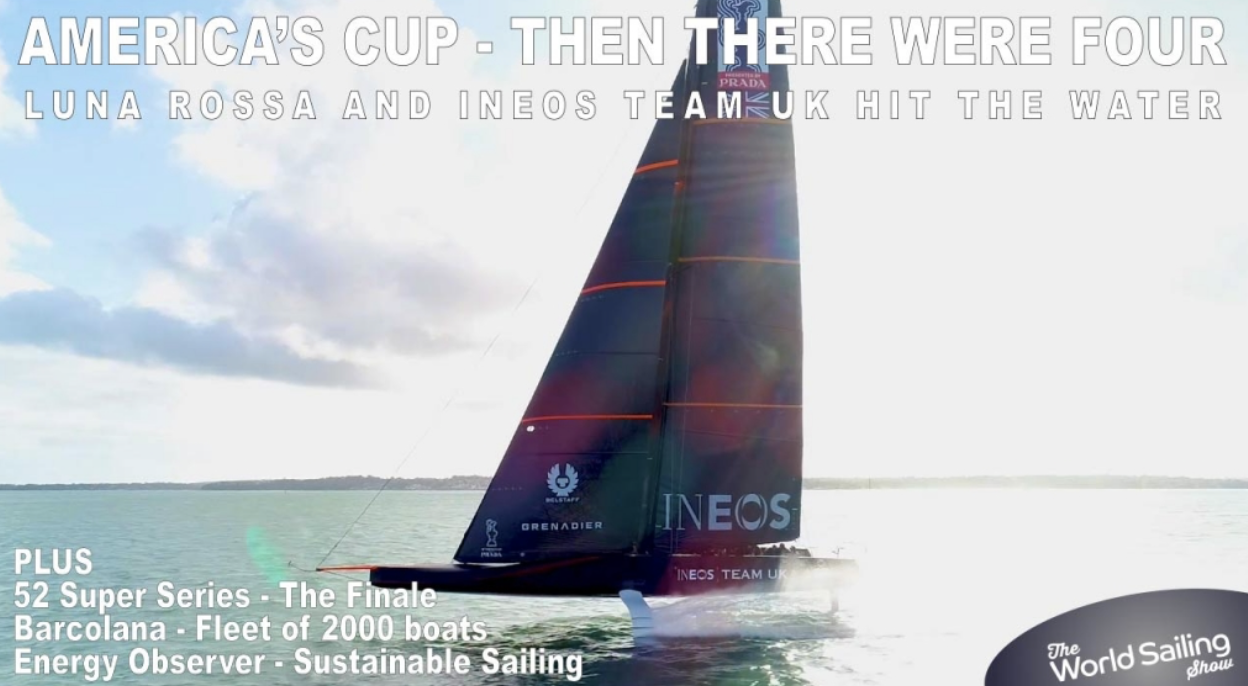 52 Super Series Finale
The 2019 52 Super Series comes to an end in Porto Cervo, Sardinia, and the title is on the line. Italian boat Azzurra leads the way in the standings, chased by Germany’s Platoon and World Championship winners Quantum Racing. Big breezes lead to spectacular racing at the season finale for the grand prix monohulls.

America’s Cup launches Part 2
After the launches of Emirates Team New Zealand and American Magic in September, October saw the Brits and the Italians break cover. Challenger of Record Luna Rossa Prada Pirelli launched their AC75 in Sardinia while INEOS Team UK have been foiling on the waters of the Solent.

SailGP Finale
A round-up of all the action from Marseille where the final championship standings were settled before the 1 million dollar prize match race between Tom Slingsby’s Team Australia and Nathan Outteridge’s Team Japan.

Middle Sea Race
Malta hosts the 2019 Middle Sea Race that starts in Valletta’s Grand Harbour and takes the fleet around Sardinia on a 600 nautical mile route. Over 100 entries include 5-time winner Rambler and Fastnet winner Wizard.

Francis Joyon & IDEC Sport
French off-shore legend Francis Joyon sets himself four challenges in Asia. The 63-year-old has set off for Mauritius aboard his 31.5metre trimaran IDEC Sport in an attempt on his own record and will finish his Asian adventure with an attempt on the 13,000-mile Clipper Route record from Hong Kong to London.

Giovanni Soldini & Maserati
The Italian holder of the Clipper Route record, Giovanni Soldini, competes in the Hong Kong to Vietnam race aboard his Multi 70 Maserati.

Rolex World Sailors of the Year
An Italian has been announced as the winner of the Rolex World Sailor of the Year award. 15-year-old Optimist sailor Marco Gradoni is the youngest ever winner. Anne-Marie Rindom has won the women’s award after dominating the Laser Radial class.

Barcolana
Trieste, Italy, hosts the world’s biggest sailing race each year. With 2000 boats taking part the start line is two and a half miles long, but there can be only one winner.