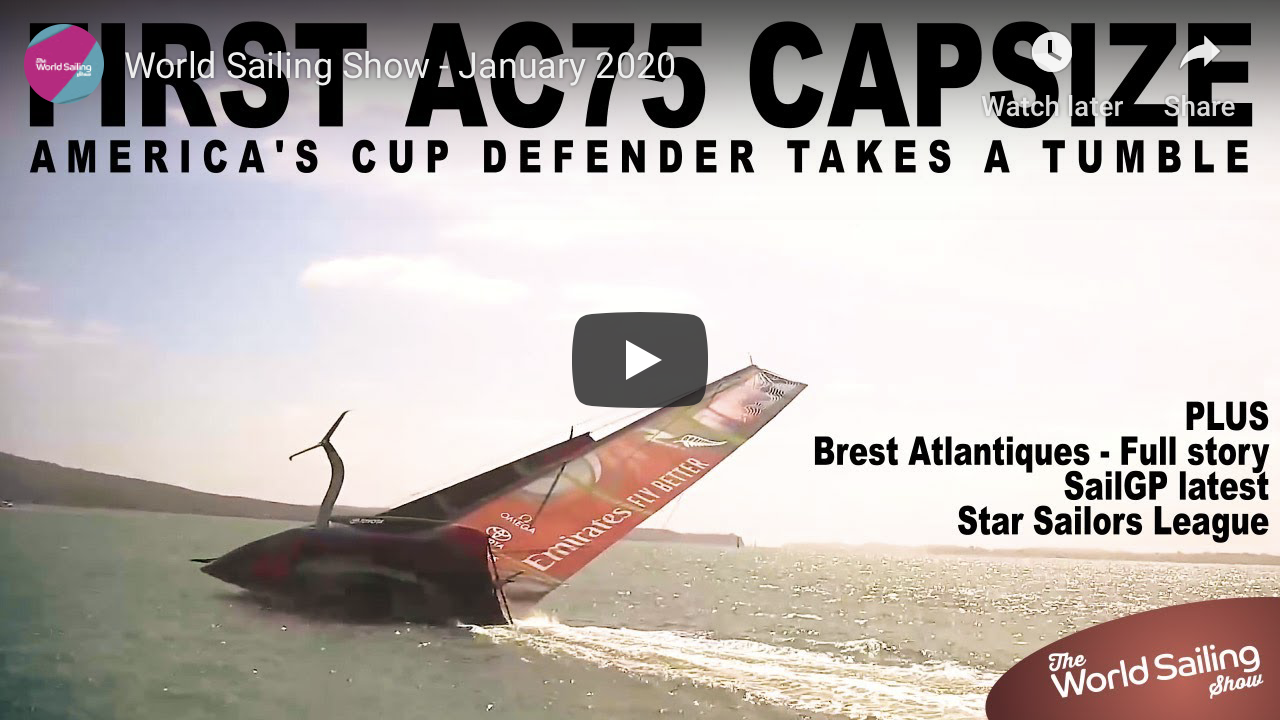 In the latest edition of the World Sailing Show….

Brest Atlantiques
In last month’s episode we left the four huge Ultim Trimarans competing in the Brest Atlantiques race half way through the course – this month we bring you the full story. Skippered by some of the biggest names in world sailing the race takes the two-man crews from the French west coast to Brazil, then down to Cape Town and back up to the finish in Brest. Find out who made it and who did not.

Kiwi Capsize
On this month’s show there’s the first capsize of an AC75 caught on video as America’s Cup Defenders Emirates Team New Zealand took a tumble off Auckland Harbour.