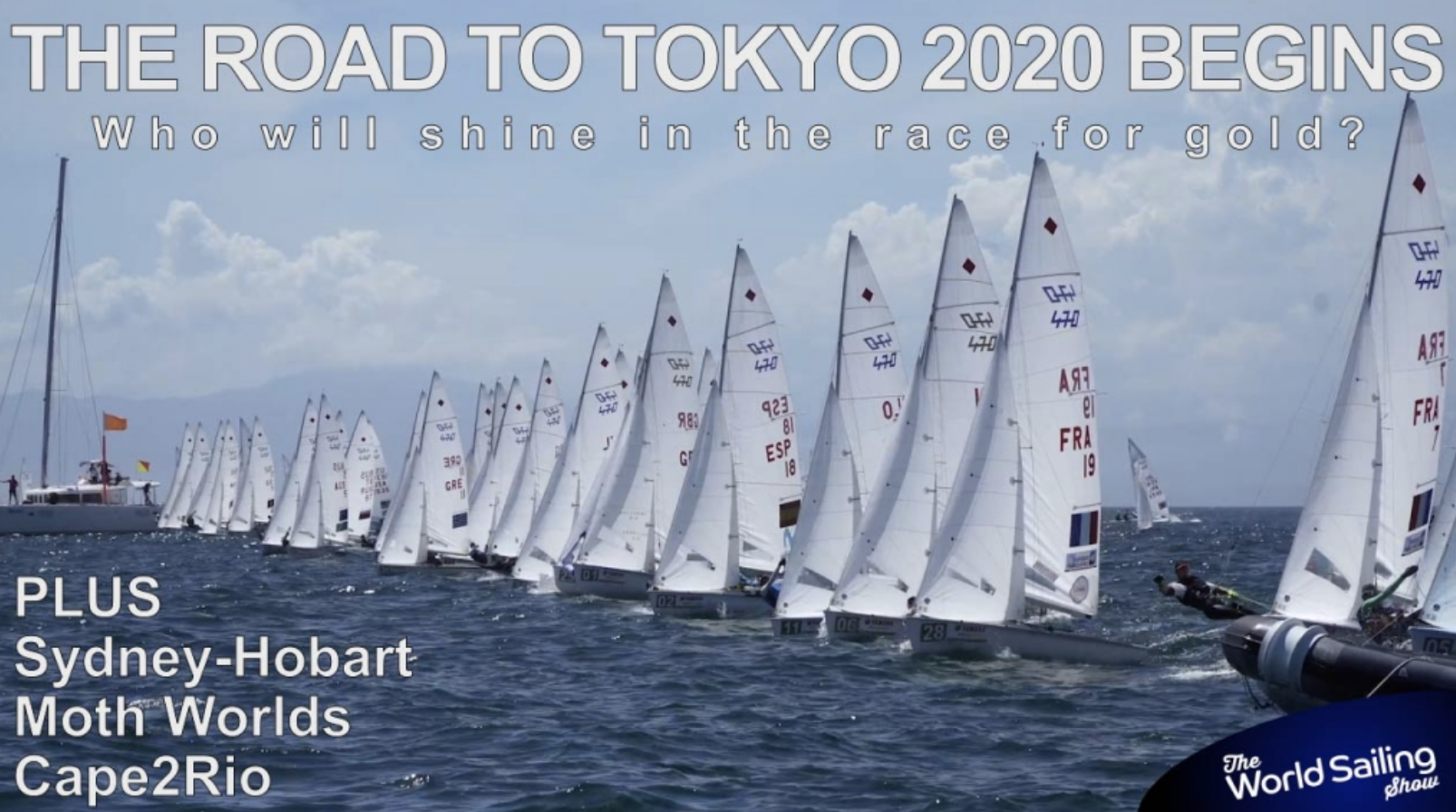 This month on the World Sailing Show…

On this month’s show we start a new series building up to this summer’s Olympic Games. We start by looking at the favourites for medals in the 470 and bring you our guide to the sailing venue in Enoshima.

The Sydney to Hobart is a highlight of the sailing calendar but the 75th edition was particularly special with the largest fleet in many years. We tell the story of the race and hear from the winners.

The longest intercontinental race of the southern hemisphere gets off to a flying start. We’re on board Maserati multi 70 to hear how Italy’s favourite sailor Giovanni Soldini plans to win the Cape to Rio race.

For the first time in its 63 year history the Finn Gold Cup was won by a New Zealander – we find out how he did it.

We’re in Australia to watch one of the most dominant performances ever at the Moth world championships.

Road to Tokyo 2020
Our series building up to the Tokyo 2020 Olympic Games begins with a look at the conditions we can expect on the waters off Enoshima. This month’s featured class is the 470. We examine the favourites to win medals and focus on Australians Matt Belcher and Will Ryan as potential champions.

Sydney-Hobart
The Sydney to Hobart is a highlight of the sailing calendar but the 75th edition was particularly special with the largest fleet in many years. We tell the story of the race and hear from the winners.

Finn Gold Cup
More than 60 sailors from 22 nations came to Melbourne with the aim of becoming Finn World Champion and taking home the legendary Finn Gold Cup. In the crushing Australian heat one sailor won it for his country for the very first time in 63 years.

Cape2Rio race
The southern hemisphere’s longest intercontinental yacht race got underway in the shadow of Table Mountain. The small boats and cruisers set off first on the 3,600 mile voyage. A week later the big boys were unleashed and records are expected to fall to one of the multihulls. We’re on board Giovanni Soldini’s Maserati Multi 70 as the Italian sets sail from Cape Town looking to break his own race record from 2014.