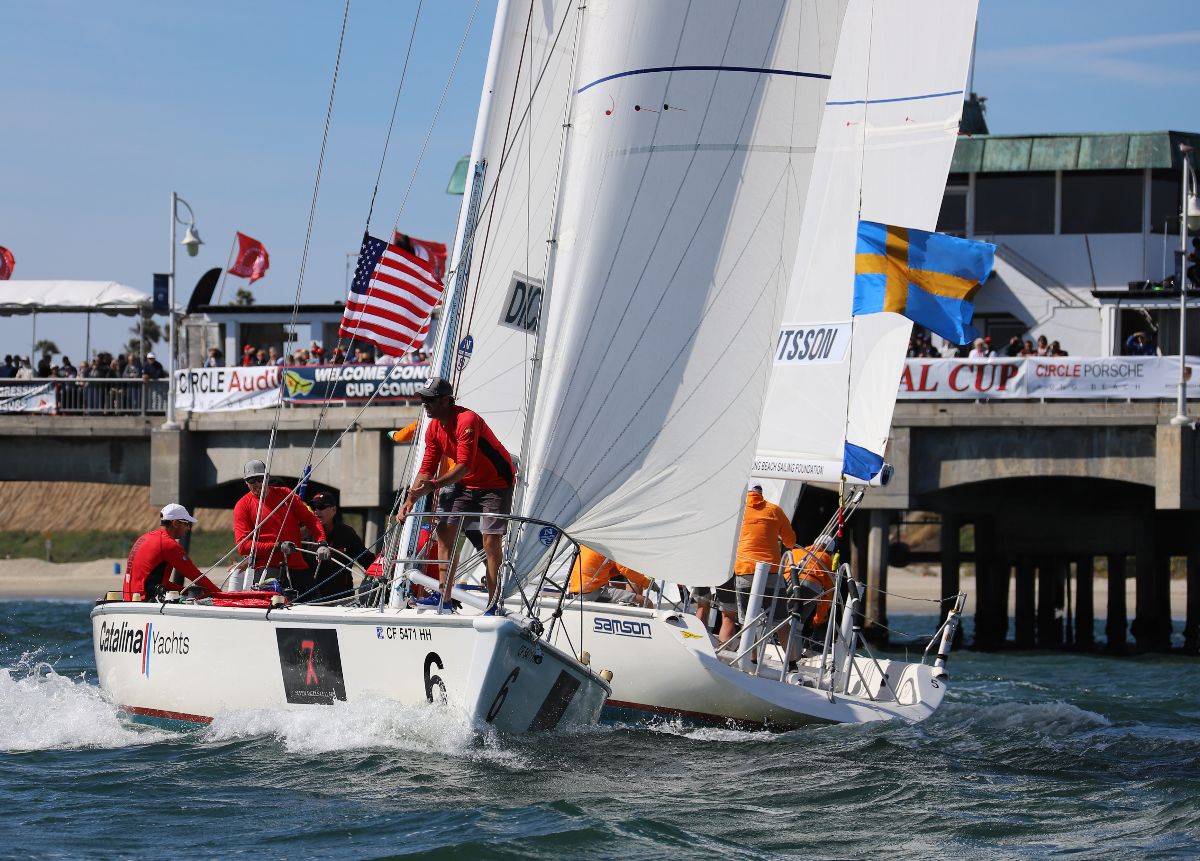 The 56th Congressional Cup match racing event has been re-scheduled to take place at the Long Beach Yacht Club in 2021 from May 11 – 16.

Founded 1965 and run by the LBYC ever since, the Grade One competition is known as the ‘grandfather of match racing’ and is renowned for pioneering on-the-water umpiring, which standard in top level yacht racing today.

The event schedule calls for a practice day on Tuesday May 11, followed by five days of racing through to Sunday May 16. 2021 Congressional Cup Chairman Chris Macy promises the excitement of premier-level match racing fans have come to expect from this prestigious event for more than half a century.

The Congressional Cup also returns as an official world championship event of the World Match Racing Tour, and a key regatta for the world’s top match racing skippers vying for the 2021 Match Racing World Championship.

“The level of competition at the Congressional Cup is always exceptional, and a long-time favourite event of the World Match Racing Tour,” said WMRT Executive Director James Pleasance. “As the event takes place in May, it will be one of the early opportunities for skippers to pit themselves against their rivals for the 2021 world title.”

Six WMRT Tour Card skippers will lead the line-up, with two wild-card choices and a final duo qualifying at the Ficker Cup, slated to be held May 6 to 8, 2021 at LBYC. The match racing format – where teams compete in a series of one-on-one races – is scheduled to include a double round robin followed by semi-finals, petite finals, and the finals on Sunday.

In the 2019 event British skipper Ian Williams scrambled up the leaderboard through an international field of top-ranked match racing skippers after a slow start at the five-day series.

Warming up in the California sunshine, six-time match racing world champion Williams and his Team GAC Pindar subsequently enjoyed an 11-match winning streak, eliminating foe Taylor Canfield (USA) in the semis and striking out Scott Dickson (USA) in the finals, to win the iconic Crimson Blazer.

In 2021 Congressional Cup racing is scheduled to commence at roughly noon each day. Matches are held in a fleet of identical 37-foot Catalina keelboats, which guarantee an even platform and exciting competition; a thrill for spectators watching from Long Beach’ Belmont Veterans Memorial Pier.