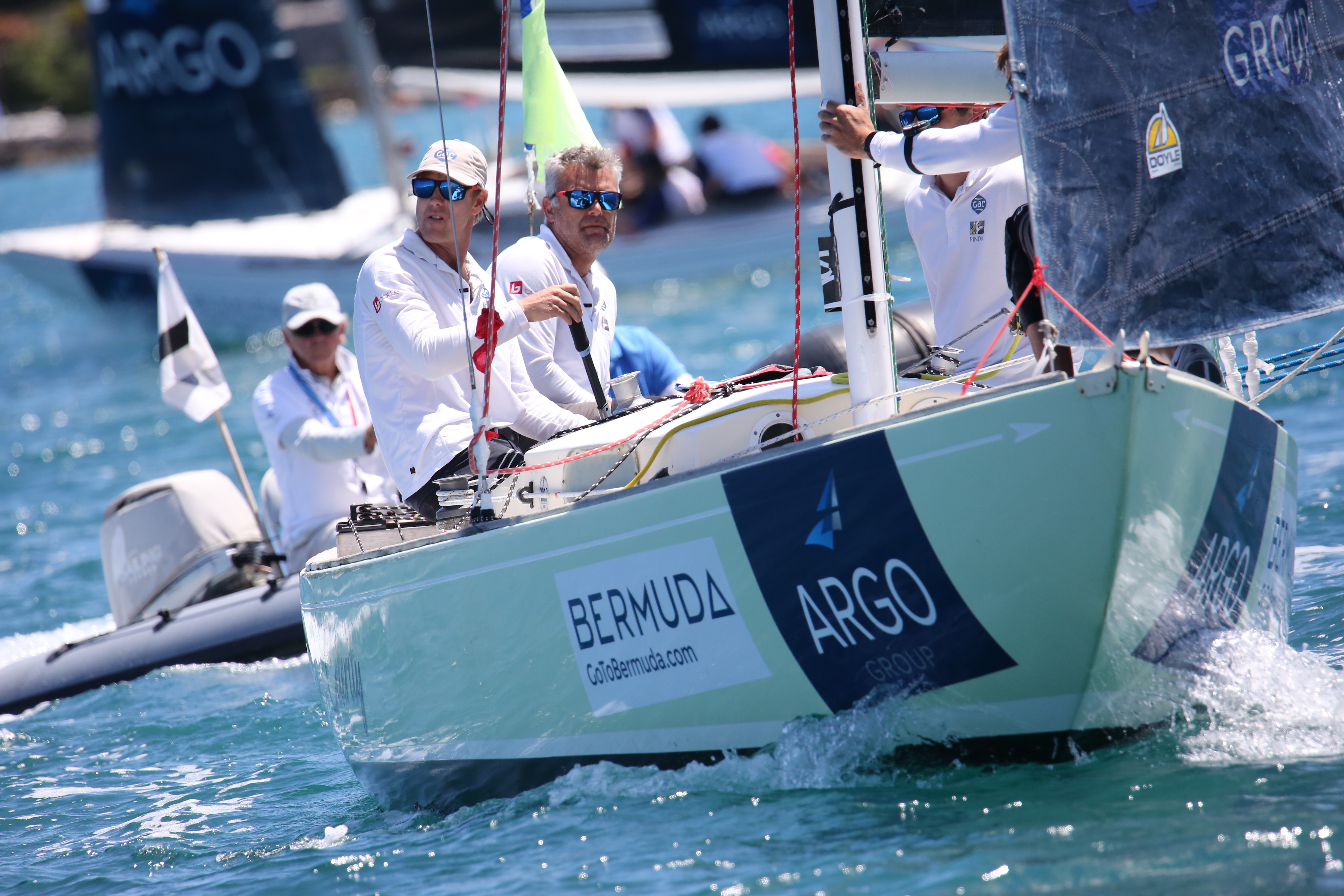 The Argo Group Gold Cup – one of the most storied match racing regattas in the world and one that has been won by many luminaries of the America’s Cup arena – is to re-join the World Match Racing Tour for its 70th edition next year.

Event organisers at the Royal Bermuda Yacht Club are also pleased to welcome back Argo Group international underwriter of specialty insurance and reinsurance, as the title sponsor of the event which is scheduled to take place May 11-16, 2020.

An expected field of 12 teams will battle for the King Edward VII Gold Cup, the oldest match racing trophy in the world for competition involving one-design yachts that dates to 1907, and a $100,000 prize purse.

“The Argo Group Gold Cup has long been coveted by skippers and crews around the world, and we couldn’t be more excited to welcome back Argo Group and to rejoin the World Match Racing Tour,” said Leatrice Oatley, the event chairperson and a Past Commodore of the Royal Bermuda Yacht Club.

“The Gold Cup has carved out its place in the match racing calendar by providing thrilling racing within meters of the shoreline for spectators to see and first-class hospitality. The continued support of Argo Group and re-joining the World Match Racing Tour reinforce the prestige associated with the King Edward VII Gold Cup,” said Oatley.

Argo Group returns as the title sponsor for the 11th time, renewing a longstanding tradition of supporting community and sporting events on Bermuda, the picturesque British island territory in the North Atlantic Ocean.

“We are thrilled to continue as title sponsor of the Argo Group Gold Cup,” said Argo Group CEO Mark E. Watson III. “Argo’s support of this prestigious match race demonstrates our ongoing commitment to Bermuda. Supporting this event is also a natural extension of Argo’s commitment to innovation, teamwork and sustainability. Like the elite athletes who compete in the Argo Group Gold Cup, we know that rewards come only to those who overcome risks through innovation, approach risks as a team, and manage risks in ways that respect our environment.”

The tour has been under new ownership since earlier this year and is returning to its broader format for 2020 with a collective of world championship level events, including the Argo Group Gold Cup, and qualifier events that will comprise the tour season. Points accumulated at the events will lead to the crowning of the Open Match Racing World Champion as officially sanctioned by World Sailing.

Next year will also be the 20th consecutive year of the World Match Racing Tour, the longest running annual professional series in the sport.

“I am delighted to welcome back the Argo Group Gold Cup as an official event of the World Match Racing Tour,” said Executive Director James Pleasance, a tour principal since 2002.

“The Argo Group Gold Cup has a longstanding history as a flagship event of the World Match Racing Tour and is a favourite of match racing teams all over the world. We look forward to working with the Royal Bermuda Yacht Club, Argo Group and the event partners again next year for the 70th edition of the event, and our 20th year of the World Tour.”

Earlier this year, six-time match racing world champion Ian Williams of Great Britain (main picture) became the 12th multiple time winner of the Argo Group Gold Cup when he defeated Johnie Berntsson of Sweden in the final. For Williams it was his second title in Bermuda and ranked him alongside luminaries such as Ben Ainslie of Great Britain, Taylor Canfield of the U.S. Virgin Islands, Chris Dickson of New Zealand and Berntsson as two-time winners.

“When I was getting into match racing, this was the first big event I came to in 1998. This was the one you really wanted to win,” said the 42-year-old Williams after his victory on May 11. “To win in 2006 was huge for us, it was our first big win. I’ve been coming back since and always fell at the final hurdle. We traditionally struggle here. To win for the first time in 13 years is incredible.”

Invitations to the 70th Argo Group Gold Cup in 2020 will be issued later this year.