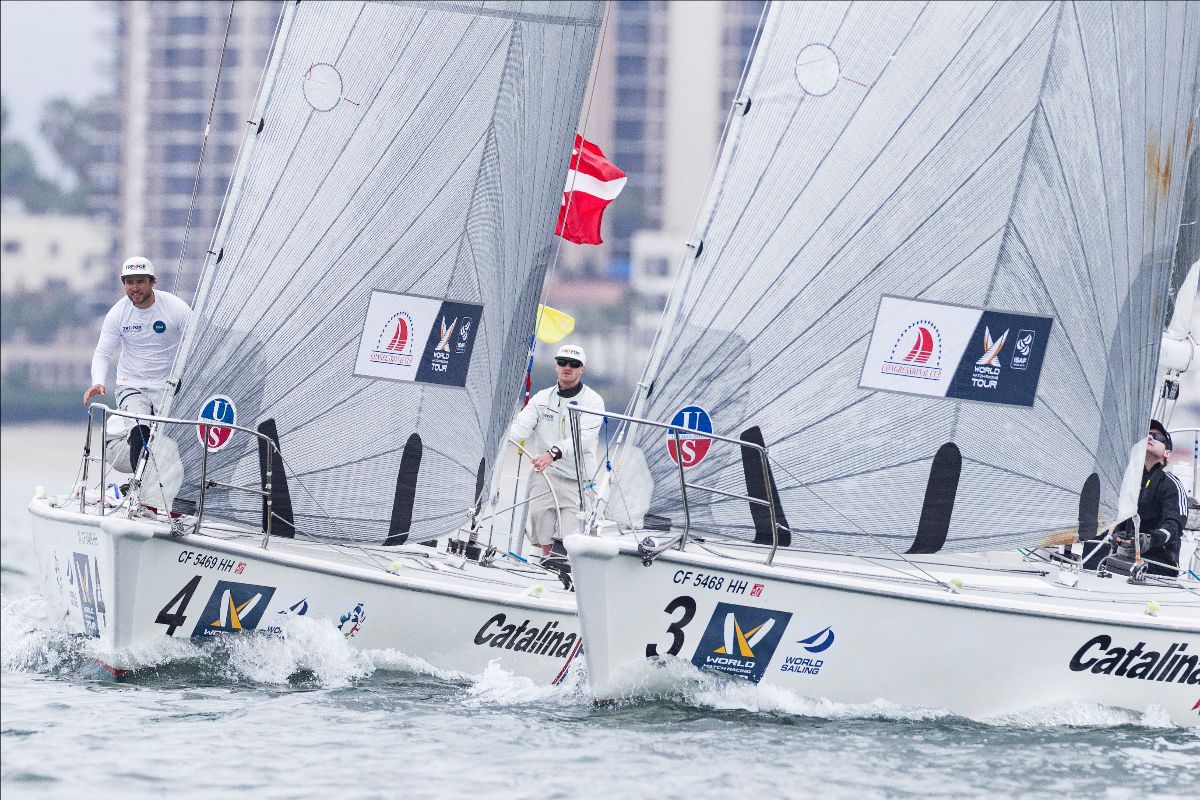 The 56th edition of the Congressional Cup, organized by Long Beach Yacht Club in California, will play host to the opening event of the 2020 World Match Racing Tour season April 29 – May 3, 2020.

Founded by Long Beach Yacht Club in 1965, the Congressional Cup is commonly referred to as the ‘granddaddy’ of match racing, and is the oldest continuously-held sailing match race regatta in the world. The event has long set the standard for top-level match racing, and pioneered the concept of on-water umpiring, used by match racing events around the world including the America’s Cup.

“I am delighted Long Beach Yacht Club has agreed to host the opening event of our 20th year of the World Match Racing Tour” commented WMRT Executive Director James Pleasance. “The Congressional Cup is a hugely popular event with competitors and visitors, added to which the racing venue right off the end of Long Beach’s Belmont Pier is the selected sailing venue for the 2028 Los Angeles Olympics.”

Each year, the world’s top ranked match racing sailors return to Long Beach in a bid for the prestigious Congressional Cup® trophy, and the equally sought after Crimson Blazer, sailing’s equivalent to The Masters Green Jacket in pro golf.

“Our club has had a long relationship with the World Match Racing Tour and we are pleased to return to the World Tour as an official World Championship Event” added 2020 Congressional Cup Chair Cheri Busch. “It is a very exciting time for Long Beach Yacht Club with our role as official yacht club for the Stars + Stripes America’s Cup Challenge, as well as venue to the 2028 Olympic sailing event. We pride ourselves on hosting the very best events at Long Beach Yacht Club and we are delighted to welcome back the World Match Racing Tour to Long Beach.”

The five-day regatta will feature ten world class teams including six Tour Card skippers plus the top two finishers of the Ficker Cup, the official qualifier event to the Congressional Cup also run by Long Beach Yacht Club 24-26 April, 2020. The remaining invitations are awarded to the winner of the US Match Racing Grand Slam Series, and the immediate past winner of the Congressional Cup. Skippers competing at both events will earn points to the World Match Racing Tour annual leaderboard, giving the sailors the opportunity to accumulate points towards the 2020 Match Racing World Championship title.