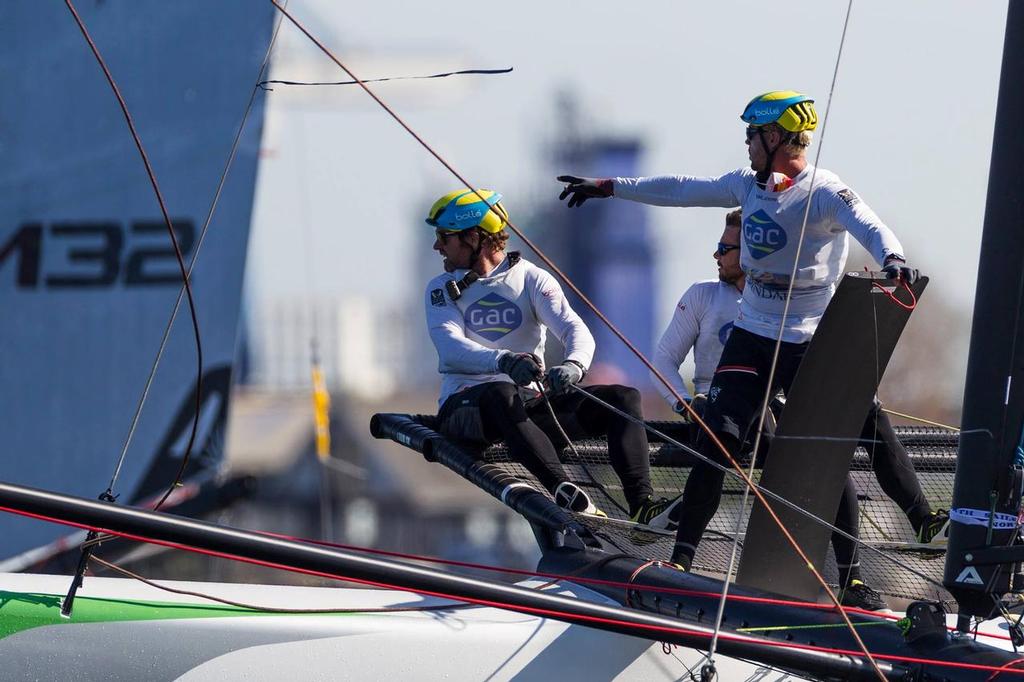 The new owners of the World Match Racing Tour (WMRT) have made a smart move in extending the 2018-19 season to allow the circuit’s grand final event to take place ahead announcing the new schedule for the 2019-20 season.

Prolonged negotiations over the sale of the international circuit at the end of last year prevented the grand final from taking place but the new owners are putting that right by rescheduling the event for July 3 – 7 in Marstrand, Sweden, hosted by the GKSS Match Cup Sweden.

The World Sailing-sanctioned event will be sailed in M32 catamarans and the winners will be crowned 2018-19 match racing world champions and receive the sterling silver WMRT trophy commissioned in 2011 from British royal jeweller Garrard & Co. The top 12 teams from the current WMRT leader board are to be invited to compete at the five-day, winner-takes-all event in Sweden.

The WMRT Championship Final will take place over five days in Marstrand from 3-7 July. Official host GKSS Match Cup Sweden will also stage, in parallel, a Women’s Match Racing Trophy to be held over the duration of the event and featuring six teams.

Meanwhile plans are being made for the 2019-20 WMRT season which the new owners say will start in the latter part of this year. Details are said to be announced soon but it seems clear that the new owners are committed to returning the longstanding series – one of the few events granted ‘Special Event’ status by World Sailing – back to its roots as match racing’s premiere and most highly regarded circuit.

“The World Match Racing Tour was founded on a very simple premise: to grow top level match racing by bringing together a series of existing and new events under a common ‘World Series’ brand,” Pleasance explained.

“Each event is run independently but benefits from the added value that being part of a World Tour brings through global exposure and partnerships – the sum being greater than that of the parts.

“Our plan is to return the Tour to have 8 to 10 world championship events per year and generate financial value to both sailors and sponsors through international media coverage and prize money. Qualifier events will give an open opportunity for any match racing sailor to become World Champion.”