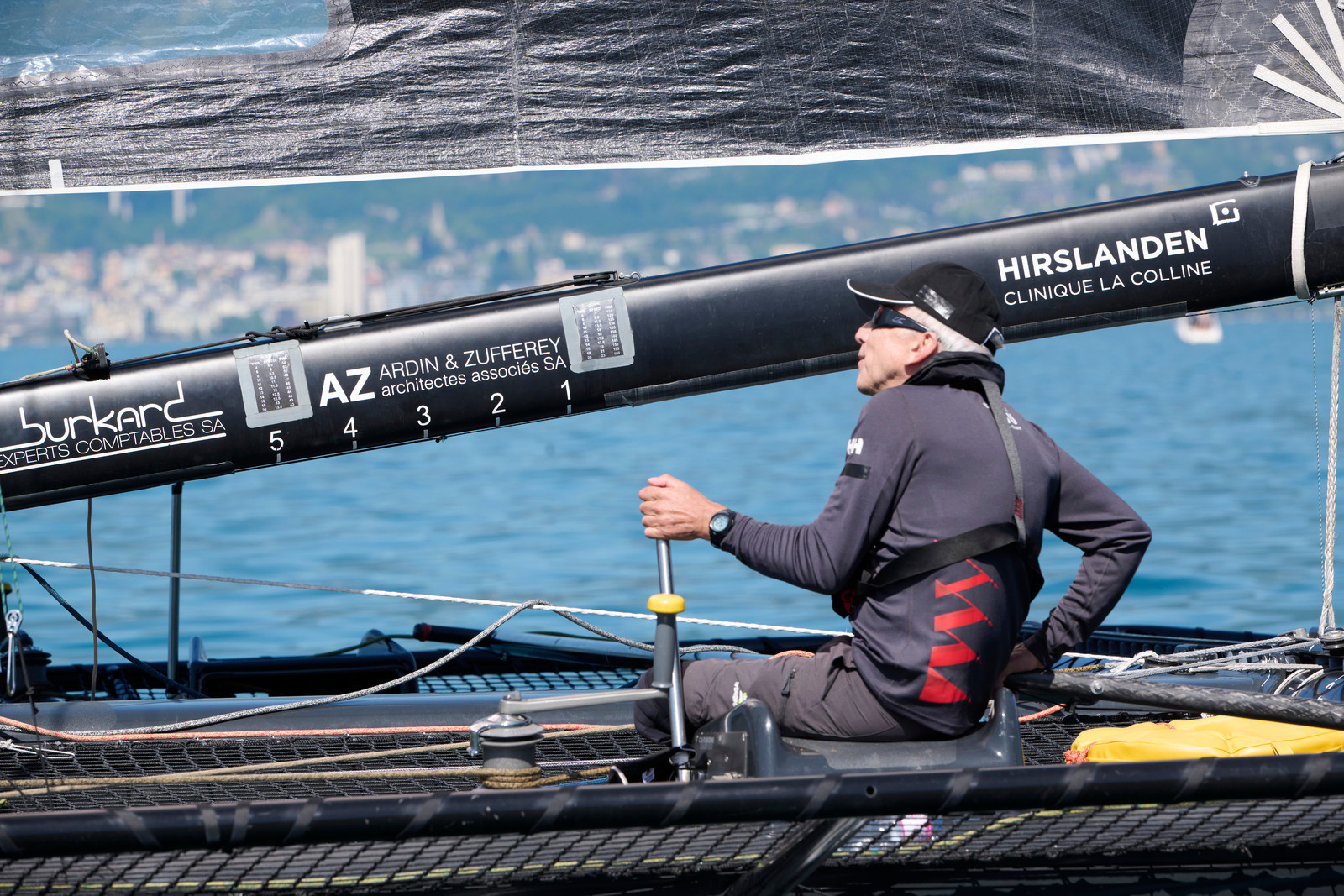 Swiss skipper Christian Wahl claimed a record setting eighth line honours victory in the 83rd edition of the Swiss classic Bol d’Or on Switzerland’s Lake Geneva today after leading home a fleet of 438 entries in the latest edition of what is the world’s largest inland yacht race.

Nicknamed the ‘Wizard of the Lake’ for his local knowledge on Lake Geneva, Wahl needed all his skill and experience to pull off this latest win in Switzerland’s most high profile sailing event.

He and the five-strong crew of his Decision 35 catamaran W Team put on a masterclass of lake sailing technique throughout their 12 hour, 24 minute race, consistently making the most sense of the fickle breezes and to somehow join together the transient patches of wind that appeared and disappeared seemingly at will.

W Team took the lead around four hours into the race and after six hours and eight minutes were first around the turn marks off Bouveret at the far eastern end of the lake.

Although challenged at times by a variety of rivals Wahl somehow managed to see off their advances to always hang on to the lead on the return leg back to Geneva.

The final hours before sundown were perhaps the most stressful as the breeze faded from ahead slowing the leader and allowing a gaggle of Wahl’s rivals to close in almost within striking distance.

The Swiss crew were at their absolute best however and after swapping sides from south to north at just the perfect time were eventually able to extend on the chasing pack to make victory all but certain.

Finally, shortly before 1030 CEST this evening a tired but clearly elated Wahl – who had steered his boat throughout the marathon race – was at the helm of his jet black 35-foot catamaran it ghosted across the finish line surrounded by a flotilla of media boats and well wishers and cheered loudly from the shore by an enthusiastic crowd numbering into the several hundreds.

This latest victory is Wahl’s 14th podium result in the 18 Bol d’Ors he has competed in and sees him write his name into the Bol d’Or history books as the only eight-time winner in the race’s 83-year history.