Skip to content
You are here
Home > The Ocean Race > Volvo Ocean Race: Alex Thomson firms up on plans for entry in 2021 edition 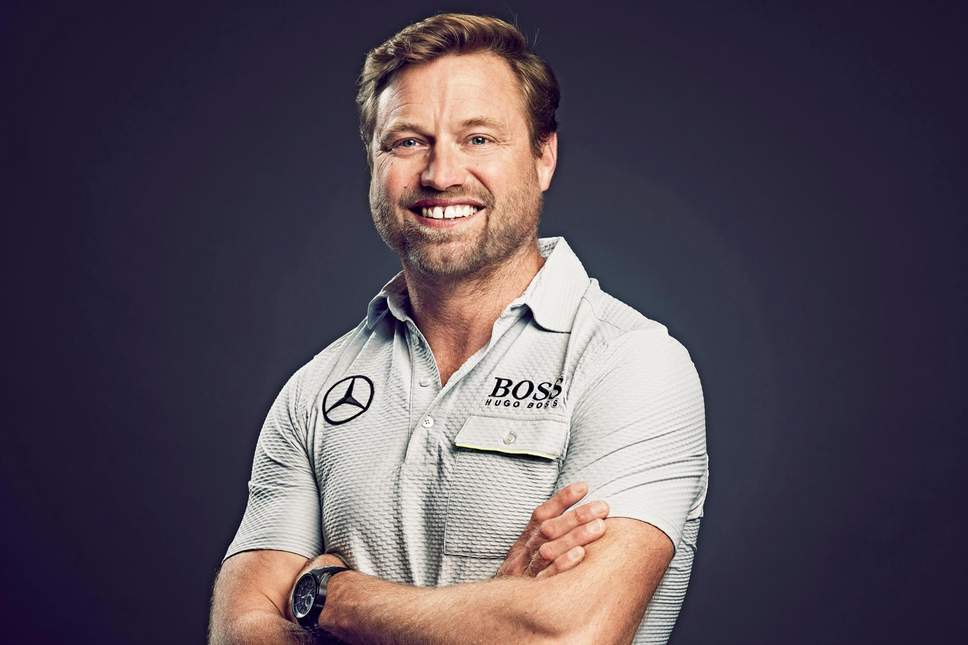 The accomplished IMOCA 60 skipper of Hugo Boss speaks to the Volvo Ocean Race communications team about the opportunity opened up by sailing the next race in the IMOCA 60 class.

Alex Thomson has two Vendée Globe podium finishes (including a second place in the 2016 edition), as well as numerous distance and speed records to his credit.

He is famous not just for his offshore racing achievements, but his impressive promotional videos as well.

Earlier this month, Thomson was among the IMOCA skippers involved in a meeting to discuss the changes required to maximise the opportunity presented by the announcement that the next edition of the race would be in the IMOCA 60 class.

Alex, could you explain what this meeting is about and your involvement in the whole process?

We’re here to discuss the process of deciding what the rules for the next Race will look like. Obviously the race will be in IMOCA 60s, which is very interesting for someone like me – it’s exciting as a sailor. In fact, I got into this offshore sailing world initially because I wanted to do the Volvo Ocean Race and now I feel like I have a chance to do it.

But in effect, we’re bringing two worlds together. And my view is that we need to make sure the two worlds connect and co-exist, as much as possible, within one infrastructure. So that’s what we’re discussing; how do we do that? How do we keep costs under control, for example? How do we make it fun for the sailors and the fans? How do we develop the media? All of these are critically important questions to answers and how we do it will determine the success of the event in the future.

You’re one of the most media savvy and accessible sailors in sailing. From your perspective, how do you perceive the Race at the moment?

In our case, as a team, we’ve built that structure to be able to give a proper return to our partner, and so we’re able to do that ourselves, but not all teams are like that.

So the question becomes how do we make sure we’re not duplicating efforts. What should the teams do, and what should the event organiser do?

I feel very pleased to see that we’re all thinking in the same way: how do we make the economics work in terms of cost, value for money, etc. to create a sustainable event.

How do you see the process as a whole, in terms of finding common ground between the IMOCA world and the race?

To be honest I don’t think it’s a big negotiation. For this to work well, it has to work for everybody. We have to get more boats on the start line in 2021. Many more boats. And that’s my goal.

To do that, we need to make the division between big and small teams as small as possible. The last thing we need is rich teams running away with the race before the start gun is fired. And I think if everybody is focused on getting more boats on the start line, that is what will drive the rules and everything else.

Do you have a strong opinion regarding the number of crew on an IMOCA?

(Laughing) We all have strong opinions on topics like this …and I’m no different!

I’ve just sailed across the Atlantic and we had five on board, so it was interesting to find out that there is not a lot of space, that’s for sure, but with five people you can certainly push the boat much harder.

But we’re all clear that this needs to be a fully-crewed race and my understanding is that the objective is to not have a fancy autopilot, so it’s a human-driven boat, which I think is important as well.

So in this area, I think we still need more information before taking a decision. The less people we have, the less cost there is, but again, I don’t think we’re far away from an agreement.

So the plan for you is to do the next Vendée Globe followed by the next Race on your new boat ?

We are looking at two options. One is to do the Vendée Globe, and then come out and do the Race as well. Another option is to build a new boat for the next Race, which obviously carries a cost… In the end, it will depend on the final rules, on how many gains there are to make. So at this point, it’s difficult to make that decision.

How do you think it’s going to work between Race teams and IMOCA teams?

After the Vendée Globe we have a big space on the calendar and not a lot to do and you start looking for new partners. This is a great opportunity for the boats to be chartered, or for a merger with teams who want to do the Race.

And of course on the IMOCA side, we have a lot of data and a lot of experience in these boats, so the Race teams could benefit from that as well. The two ecosystems could really come together and flourish. I think if we get this whole thing right, then everybody will say, ‘Well done, you’ve created something that increases the sustainability of the business model for the teams, which means that our sport will be growing for a long time’. That’s what we all need to focus on.