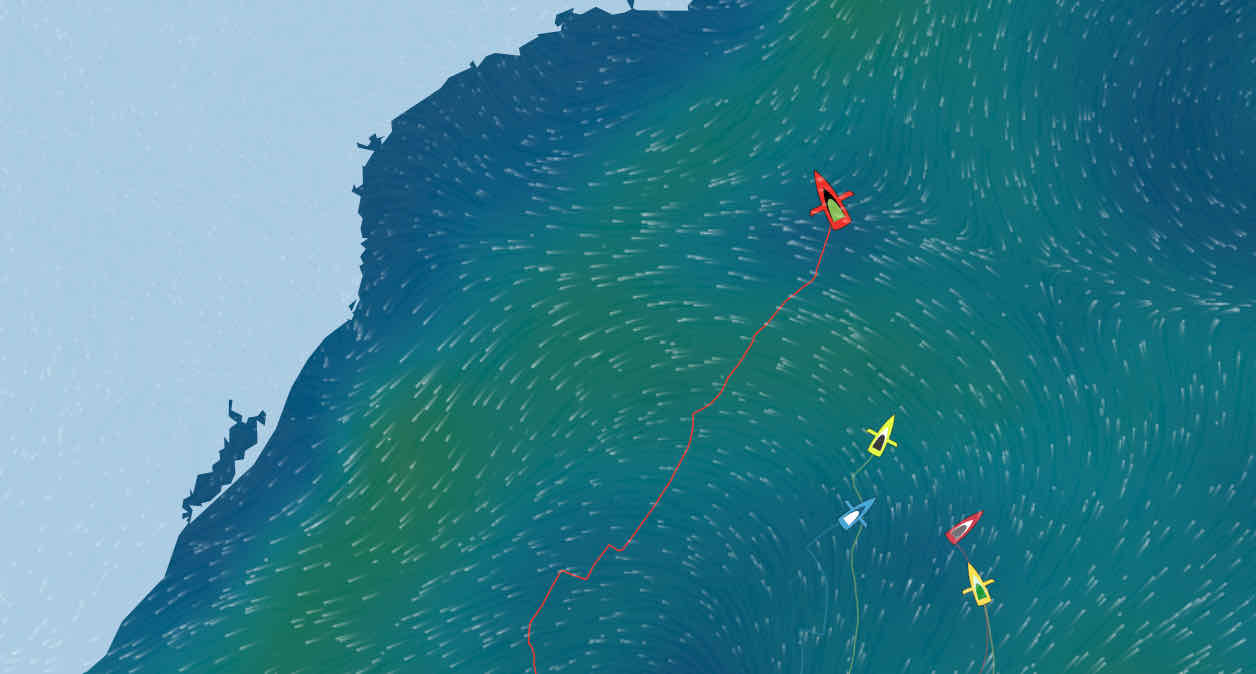 The leading group of five solo skippers in the Vendee Globe now have fewer than 5,000 nautical miles separating them from the completion of their epic around the world race. And yet, quite remarkably, there is still no certainty on which of the five sailors will fill the podium positions – and in which order.

This leading group – comprising Yannick Bestaven, Charlie Dalin, Thomas Ruyant, Damien Seguin and has passed the southern Brazilian city of Itajaí – a port familiar to many of them as the finish of the classic Transat Jacques Vabre double-handed race from France.

In recent days long-time race leader Yannick Bestaven’s has lost some of the precious miles he had eked out from second-placed Charlie Dalin, but today still held a 226-nautical mile advantage. That said, with  all the top five skippers racing within 345 nautical miles of each other, this race could still be anyone’s.

Positioning over the next 48 hours could be critical. Uppermost in the sailors’ minds will be the passage of a cold front around Cabo Frio close to Rio de Janeiro  and how to find the quickest route into the easterly trade winds.

Dalin said he was happy to have narrowed the gap to the extent that he had, but he was hoping to make more gains on the approach to the cold front.

“The rubber band should compress again, up to the cold front at Cabo Frio which is ahead for us,” Dalin said. “The passage of this cold front vary from model to model – it is not easy to find the right route. It will be the key moment, the last hurdle before the trade winds. It is all moving, there will be opportunities which open and close according to the models. Since you can’t teleport from east to west, you have to make choices early enough, which makes it difficult.

“This front is going to redistribute the cards one way or another. Everyone will have their east/west positioning with which they will have to play out until the Doldrums.”