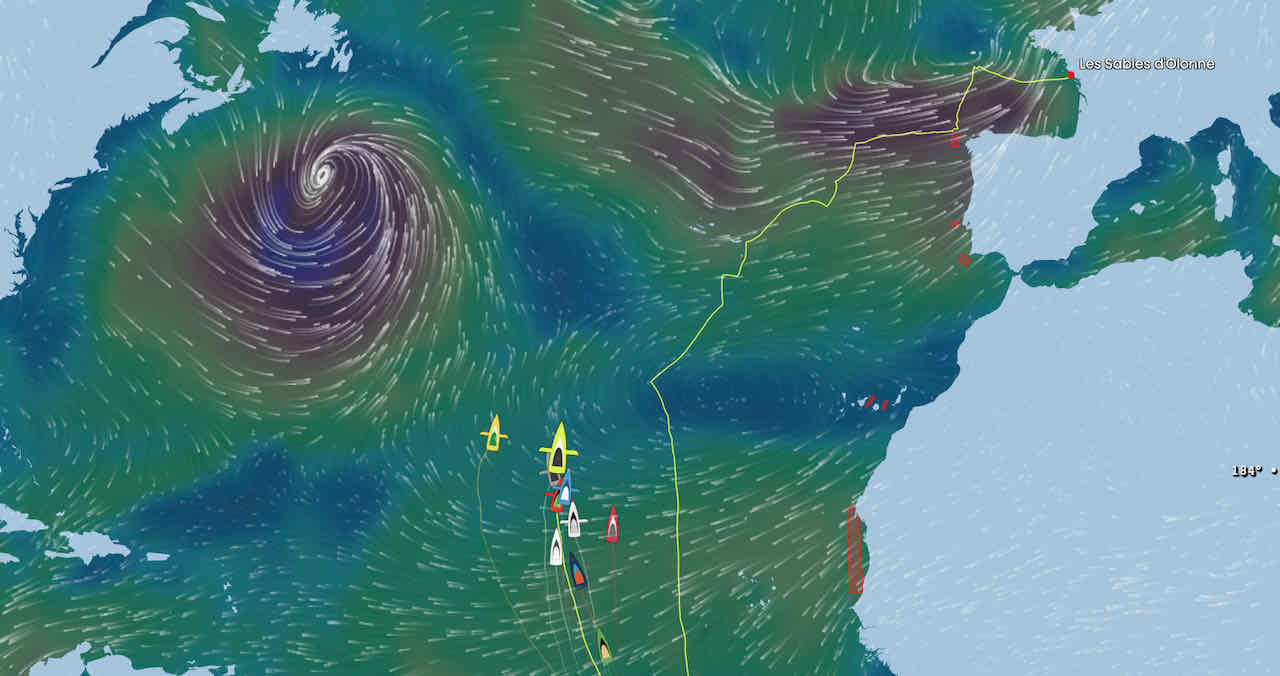 Hopes of a quick passage around the light-wind sand trap of the Azores high pressure system are fading for the Vendee Globe frontrunners today as the system proves to be more unstable and contain lighter winds than expected as it moves eastwards.

While this is not good news for the two most northerly positioned skippers Charlie Dalin and Louis Burton, it may offer a chance to claw back miles for the chasing pack with Boris Herrmann, Thomas Ruyant, and Yannick Bestaven all harbouring hopes of making gains.

Light wind conditions are expected to prevail for the leaders through until Friday morning when an incoming storm system sliding in from the west will start to make its affect felt.

Although Dalin in the east and Burton in the west are currently separated by around 300 nautical miles (nm), the entire leading pack is expected to converge as the group closes in on the mid-Atlantic Azores island archipelago.

With a little over 2,000 nm to race to the finish in Les Sables D’Olonne, France Dalin holds the top position based on the race’s tracking software but Burton’s positioning closer to the forthcoming depression could yet pay dividends.

Also to be factored in are the time allowances allocated to the skippers who were drafted in to help with the search and rescue mission for French skipper Kevin Escoffier back in December last year.

These will take the form of a time credit which will be allocated when the individual sailors cross the finish line in Les Sables D’Olonne.