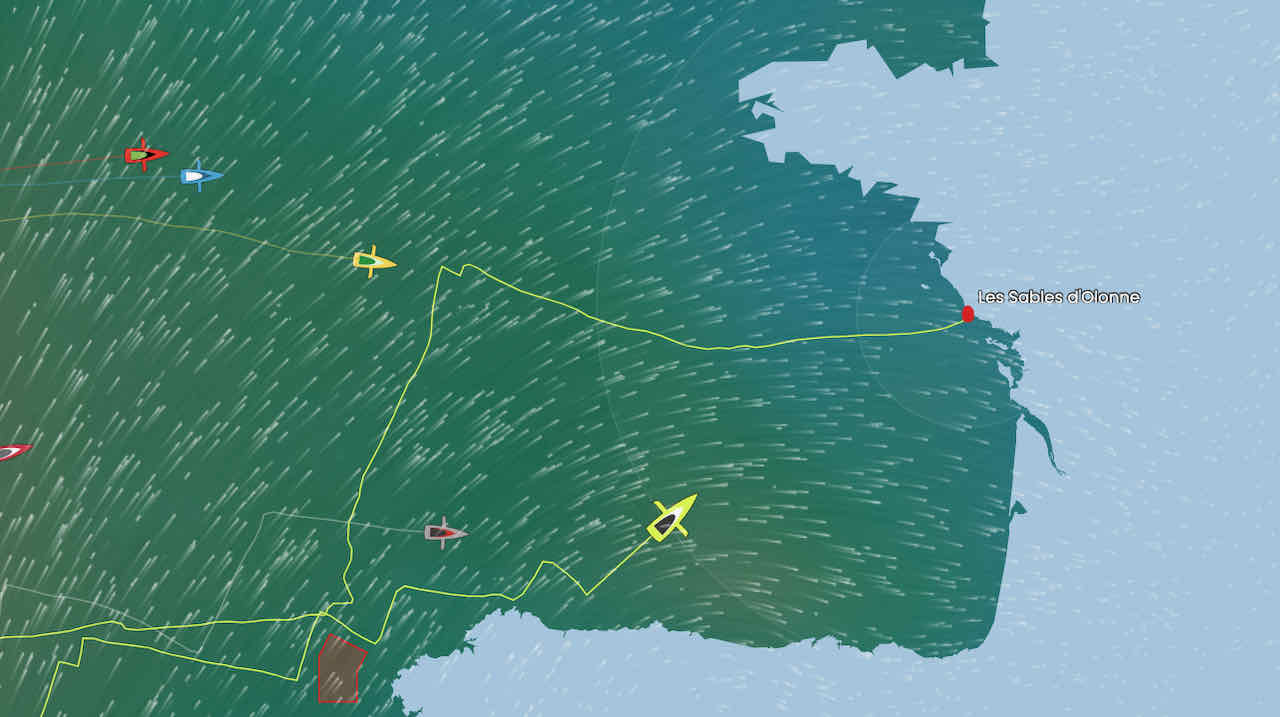 Incredibly, even though the top three skippers are crossing Biscay Bay with around 300 nautical miles (nm) to go to the finish in Les sables D’Olonne, there is still certain no way of picking the winner of the 2020-21 Vendee Globe.

According to third placed Louis Burton – the most northern situated of the trio – the weather models are not matching up with what he is experiencing as he crosses Biscay Bay this morning.

At 0400 UTC Burton was pointing more or less at the finish with 318 nm left to run. Meanwhile further south Dalin was gybing along the coast of Galicia, Spain as he tried to line up for a long leg towards the finish on his boat’s favoured port gybe.

Meanwhile, in second place on the leader board, Boris Herrmann is continuing his strategy of sticking as close as possible to Dalin who he only needs to finish within six hours because of his impending time allowance for helping with the search for Kevin Escoffier.

That six hours translates into roughly 120 nm at the finish and this morning Herrmann is slightly further north and 49 nm behind Dalin.

And just to ratchet the tension up even further we need to re-introduce fifth placed Yannick Bestaven into the mix. He has 10hrs and 15 minutes of redress time coming to him, meaning Herrmann needs to finish four hours and 15 minutes before him. Bestaven is still 440 miles out from Les sables D’Olonne but is bringing wind with him as he charges in at around 21 knots.

Latest computer predictions have Dalin on the line early evening, French time, between about 1700hrs and 1900hrs perhaps and some of the corrected margins will be in minutes, for sure.

Who will come out on top from this complex situation? Your guess is as good as ours. Like you we are going to be glued to the tracker to watch how it all plays out.

“So the dice are thrown on the table. The cards have been laid. And they have been for a while. It is the most exciting moment I can ever imagine. It is more exciting than I want or need. I am like a child at Christmas. I don’t know if I have ever been so excited.”