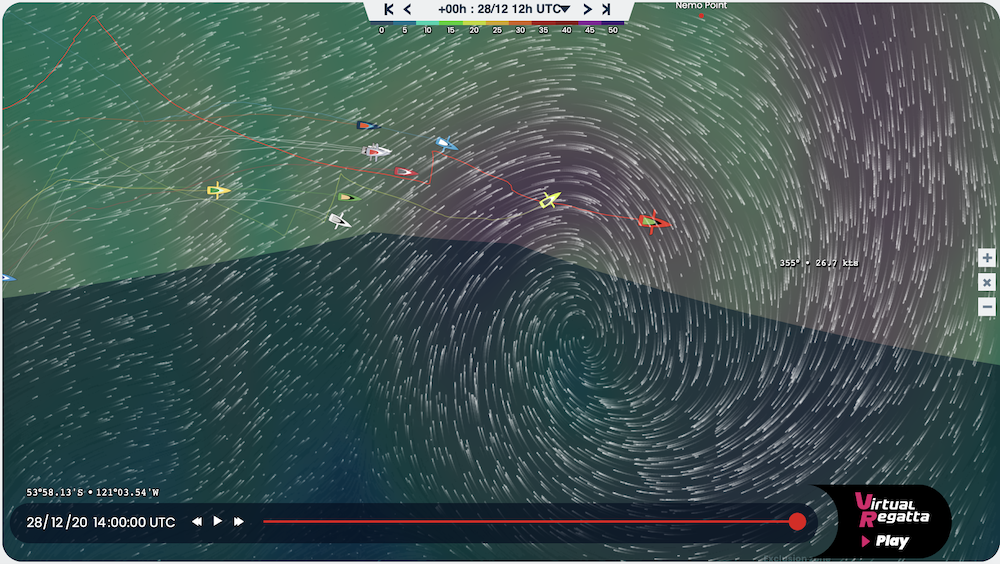 We are now 50 days into the current edition of the Vendee Globe solo nonstop around-the-world race and, amazingly, we still do not really have a clear picture of who is going to emerge as the winner.

By this stage in the last couple of editions the Vendee Globe the fleet had divided up into some sort of – predictable or otherwise – pecking order with the battle for line honours (barring a dismasting or some other major breakdown) being fought out between two front-running skippers.

Remember the captivating open ocean match races between Francois Gabart and Armel Le Cléac’h in 2012-13, and Le Cléac’h and Alex Thomson in 2016-17.

Today though, as Yannick Bestaven on Maître Coq IV leads the fleet into the final 2,000 nautical mile (nm) stretch to the race’s most significant and notorious landmark – Cape Horn at the very southernmost tip of South America – despite his 100 nm-plus lead over Charlie Dalin on Apivia at the head of the chasing pack, the race is still very much anyone’s for the taking.

Bestaven turned 48 yesterday but didn’t receive the birthday boost he was hoping for – to make a significant jump on the fleet as he transitioned first into reaching conditions. He has extended on Dalin over the last 24 hours but not by enough to allow him to relax at all on the way to Cape Horn.

Bestaven has sailed a canny race so far having steadily clawed his way back into the top group from mid-fleet once the race reached the Southern Ocean. Let’s also not forget that he is owed 10 and quarter hours at the end of the race for his part in the search for Kevin Escoffier’s life raft after the breakup and sinking of PRB.

He positioned himself smartly in the light-wind run up to Christmas, seemingly not afraid to sail his own race despite the constant threat from Dalin and third-placed Thomas Ruyant on LinkedOut. Although his strategy ultimately did not fully deliver the jump on the fleet he was probably hoping for, to be leading by 100 nm plus with fewer that 2,000 nm to Cape Horn is nothing to be sniffed at.

According to the Vendee Globe race headquarters Bestaven and Dalin should round Cape Horn on Saturday January about six hours apart. Meanwhile there is good news for the skippers in the chasing pack as new weather systems sweeping in from behind them should compress the top 10 boats significantly.

That can only mean an intensification – if that is possible – in the nip and tuck battles being waged between the seven skippers in fourth to tenth: Damian Seguin; Jean Le Cam; Isabelle Joschke; Boris Herrmann; Maxime Sorel; Giancarlo Pedote; Benjamin Dutreaux; who are separated by just 70 nm today.

With forecasts suggesting some tough stormy conditions later this week there will be little chance for relaxation amongst the frontrunners as they tick off the final miles to the Horn where they can make a no doubt much anticipated left turn towards home.