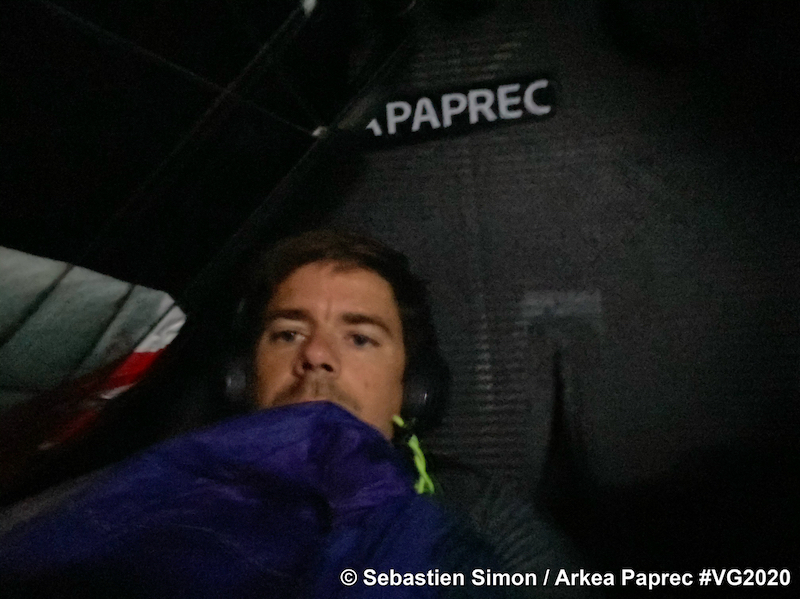 After sustaining serious damage to his starboard foil and housing Vendee Globe skipper Sébastien Simon on Arkea Paprek is surviving rather than racing as he prioritises maintaining the integrity of his yacht and his own safety over his position in the race.

Having consulted with his shore-based team Simon has deeply reefed his mainsail and is flying a just storm jib as he heads further north to try to avoid the daunting forecast of 30 to 35 knots of wind and more with five metre waves.

The reduced sail plan should help reduce the loads on Arkea Paprek’s damged starboard foil and Simon’s objective is to limit the boat’s speed during the passage of the front this evening and to escape the main depression overnnight.

Hopefully tomorrow should bring calmer conditions that will enable the 30 year old from Les Sables d’Olonne to be able to properly assess  the repair possibilities more in the hope of coming up with a repair plan in consultation with his team.