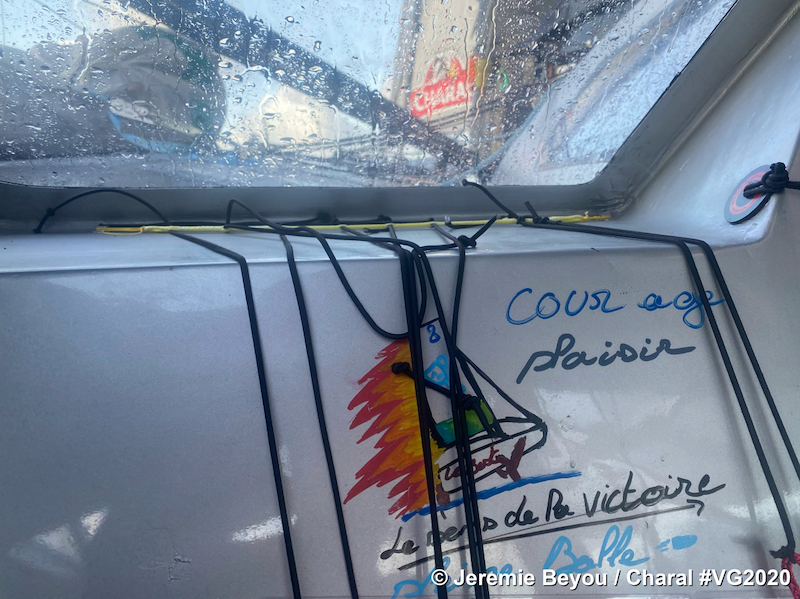 Some shock news on the third day of the 2020-21 Vendee Globe solo, nonstop around the world yacht race as race favourite Jeremie Beyou suffers rudder damage that has forced him into the heartbreaking decision to return to the start port of Les Sables D’Olonne for repairs.

Having to turn back will have been a crushing blow for Beyou who had his sights set firmly on winning the 24,000 nautical mile around the world race aboard his latest generation foiling IMOCA 60 Charal.

Beyou reported the damage to race control last night after colliding with ‘an object in the water’. The French skipper made a temporary repair overnight but when he was able to make a proper assessment in daylight this morning the damage turned out to be worse than originally thought.

After consultation with his team Beyou made the difficult decision to turn his boat around and head back to Les Sables D’Olonne to effect a repair and/or perhaps fit a new rudder.

Beyou’s issues call to mind the 2008 Vendee Globe when race favourite Michel Desjoyeaux was forced to turn around 200 miles into the race after a problem with his ballast tank. After returning to the race, the legendary skipper famously overhauled the entire fleet and went on to claim his second Vendee Globe victory.

Beyou is significantly further from LSD than Desjoyeaux was in 2008 and just how many lost miles he can realistically expect to claw back at this stage remains to be seen.