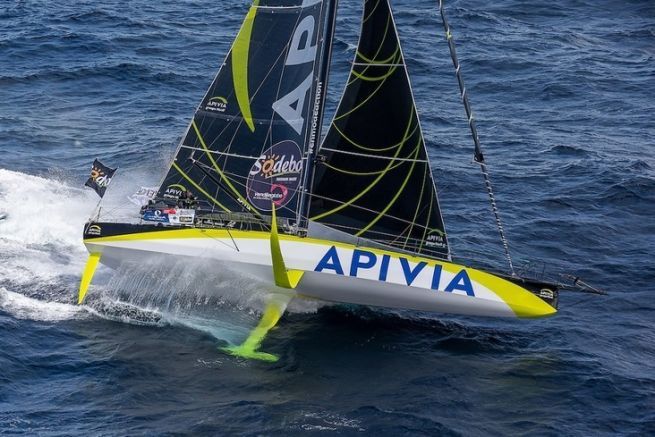 There always comes a time when you are covering an around the world yacht race that you can wheel out the “Riders on the Storm” headline – and for me in this this edition of the Vendee Globe, that day is today.

The specific riders in question are the two French skippers spearheading the fleet in the Southern Ocean: leader Charlie Dalin on Apivia and second placed Thomas Ruyant on LinkedOut. Meanwhile, the storm they are riding is a nasty belligerent bruiser of a cold front charging west to east along their path.

The challenge of how best to deal with the fast-moving low-pressure system presented the Dalin and Ruyant with a choice whether to try to use it to gain maximum competitive advantage by taking a course close to its centre or erring on the side of caution by dodging the worst of the stormy conditions by staying further north.

Wisely – at least from my armchair observer perspective – both skippers have chosen the northerly option and at 1700 UTC today Dalin had a lead of 185 nautical miles (nm) over Ruyant.

Sailing in comparatively flat seas ahead of the storm front the pair have been able to take advantage of strong north westerly winds and are expected to extend their advantage over the chasing pack over the coming days.

In fact, if the current conditions hold and if they are able to keep pace with the front as it rips eastward at around 25 knots, then there is a chance that one or both could break Alex Thomson’s Vendee Globe record 24 hour run of 536 miles from the last race.

In turn that could enable them to hook into more moderate breezes around a high-pressure system off Australia’s Cape Leeuwin which could see them open up a massive lead on their pursuers.

So far it has all been going well for the duo with both averaging boat speeds over 20 knots, meaning they must often have been surfing at up to 30 knots. Ruyant will have been please to predominantly have been on port gybe and so not missing the damaged foil he had to cut away prior to passing Cape Town.

Despite the breakneck pace he is having to sail at and the fact that he is leading the Vendee Globe on his first time in the Southern Ocean, first placed Dalin seems remarkably relaxed. “The weather is almost sunny, it’s rather a good day,” he reported from the boat this afternoon.

That is not to say they Dalin or Ruyant are having it easy out there. Both will be painfully aware of the need to stay ahead of the front and avoid having to suffer the confused winds and huge seas it leaves in its wake.

That’s a nightmare scenario that the chasing group knows all too well as several of them they are living through it right now.

“We have 45 knots and horizontal rain,” was the concise report from fourth-placed Damien Seguin on Group Apicil today. Adding to his troubles, Seguin’s main autopilot has failed and his back up has been working only intermittently. 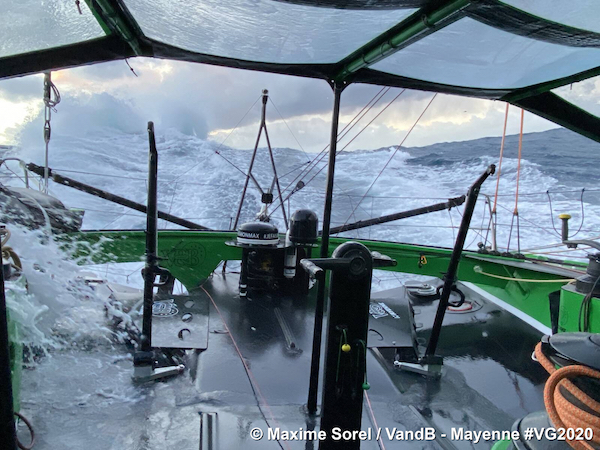 Further back in the fleet in eleventh Maxime Sorel on V and B Mayenne added more colour to the description of life in the storm:

“I have never seen a sea like this,” he said. “It is rough, it is very hard to go forwards, it catches the boat, the boat accelerates forwards surging to 29 knots but if you are too slow, the waves will catch up and explode on the transom. It is hideous.”