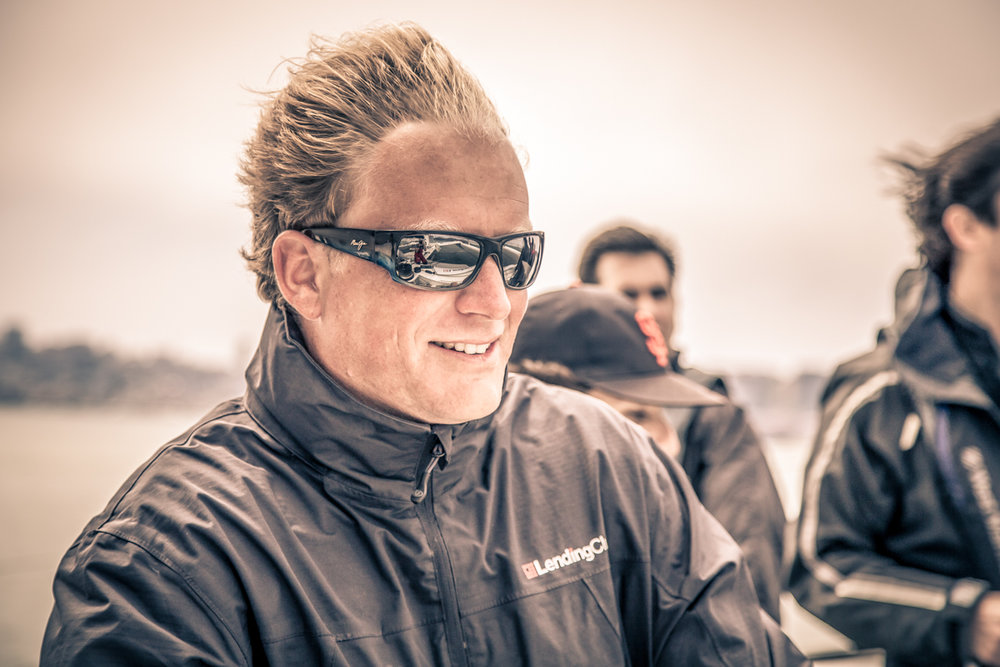 The 2020-21 Vendee Globe solo non-stop around the world race which starts from the seaside town of Les Sables D’Olonne on western France’s rugged Atlantic coastline this Sunday looks set to be one of the most exciting editions in the marathon event’s history.

The primary reason for this is that more than half of the 33-boat fleet is made up of foiling IMOCA 60s this time around.

In addition to the tranche of 10 pre-existing foilers or older boats retro-fitted with foils there are a further eight new-build boats that represent the latest thinking in high-performance single-handed ocean racing.

One of the factors that makes this latest edition of the Vendee Globe so compelling is the dazzling spectrum of boat and foil designs represented amongst these 18 foilers. To try to make sense of it all we sat down with American ocean racer and IMOCA 60 expert Ryan Breymaier.

Breymaier has been working closely with German skipper Boris Herrmann to optimise his IMOCA 60 Sea Explorer for the upcoming edition. The boat – the former Edmond de Rothschild which was built for Sebastian Josse to compete in the 2016-17 Vendee Globe – has been significantly developed while under Herrmann’s control.

LISTEN TO OUR PODCAST INTERVIEW WITH BORIS HERRMANN FROM APRIL 2020

As Breymaier explained, when it came to choosing which foil package to go with the campaign could take advantage of what they had learned from the launch of the new-build boats.

“We realised we had a very good opportunity, because we could just wait and see what happens with everybody else’s foils,” Breymaier said. “And then, when we had to pull the trigger, we had as much knowledge as possible, and were able to decide what to do from there.”

Breymaier says the choice came down to three quite different options in terms of shape and performance characteristics.

“We could have chosen foils from Guillaume Verdier,” he said. “That’s the option Sam Davies went for [on Initiative Coeur – the ex-Banque Populaire VII which finished second in the 2012-13 edition]. “We could have just used her moulds and that’d have been fine.”

“Then we had two other choices from VPLP: The giant ones like on Charal [Jérémie Beyou’s new-build IMOCA 60]; or the less extreme version chosen by Isabelle Joschke (FRA/GER) on MACSF [formerly Marc Guillemot’s Safran – a Verdier-VPLP design launched in 2007] built by Multiplast.

Ultimately the Sea Explorer campaign opted for the less extreme of the VPLP foils.

“Those foils are just big enough to make the boat fly all the time if you want it to, and yet they’re not out of control,” Breymaier explained “And they don’t push super hard on the rig, compared to the bigger the foils. The bigger the foil, the more load you put in the mast.

“We rented the moulds and everything. We had Multiplast build them again as they had built them already for Alan Gautier. So we’ve benefited from having the second try on everything – which is obviously always better than the first try.”

So just how different is the performance of the boat like Sea Explorer once upgraded to the latest generation foil package? According to Breymaier, the performance leap was dramatic.

“Basically, anything from 80 true wind angle to 125 true wind angle, the polar curve became a circle based on the wind speed. You go 10 knots quicker than the breeze, so at 13 knots you do 23 knots of boat speed at any angle from 80 to 125. That’s pretty amazing.

“When we went out sailing in 20 knots of breeze we were doing 30 knots at 80 true wind angle and the only thing that’s in the water is the last meter-and-a-half of the chine at the back end of the boat.”

After a week of sailing in those sort of conditions the team were left in no doubt that the hull – particularly the aft section – would need to be beefed up to deal with this new mode of sailing.

“The rudder is half out of the water half the time with the waves and so you can just feel the impacts right in the transom of the boat now,” Breymaier said. “We went sailing for a week and got a feel for where the new shock points from the waves were. When we got back we put the thing right back on the dock and spent another week putting carbon in it.

“We knew we needed to do those mods straightaway, before we broke the boat.”

Although now much more bulletproof than before, the extra structure added during the modifications puts older retrofitted boats like Herrmann’s at a weight disadvantage over the new boats that have been purpose built to deal with the new generation foils.

“Between the hull bottom and the reinforcements we put inside the boat, plus the fact that we have put bigger foils in which are heavier than the original small foils, of a sudden we’re significantly heavier – somewhere between 500 to 700 kilos heavier than the lightest new boats.”

Nevertheless Breymaier says he is confident Herrmann’s boat will be competitive in most conditions.

“The boat goes in a straight line at the same speed as the new boats,” he said. “The only place we have a little bit of an issue is in that transition between, say, 11 and 13 knots at 125 true wind angle. That’s when with a FRO or similar the new boats can get up on the foil and going in two knots of breeze earlier than us – simply because they are just that much lighter.

“But it’s pretty impressive to have a boat that’s five years old when you put foils in it, in a straight line it goes the same speed as everyone else. Then, in the conditions where everybody’s backing off in the Southern Ocean, you have got whatever hull shape you already had to begin with, so once you pull the foils up, or partway up, the boat behaves more or less like it did originally.”

The Vendee Globe has always been a war of attrition with the sailors and their equipment pushed to the limit and sometimes beyond – often from the very first night at sea. Previous editions have seen underwater damage and rig breakages dash the hopes of many a race favourite in the opening couple of weeks while the fleet is still racing south through the Atlantic.

Breymaier predicts the same if not more of this from the foilers taking part in the upcoming edition.

“I think you’re going to see some massive attrition early on,” he said. “I think there’s some projects where either the person is not going to be able to take life on board and fabricates an excuse to get the hell off the boat, or there’s going to be some spectacular explosions.

“It depends on how hard they all push trying to get out of the Bay of Biscay. If there’s a big low at that point then that’s already going to separate the men from the boys.”

Breymaier says managing the rig loads generated by the new generation foils will be critical to avoiding catastrophic, race-ending damage to the boats’ one-design, single-manufacturer masts.

“It’s a given that the mast is the weak link,” he said. “That’s been the case now for a long time. Everybody’s aware of it. You could look at it another way and say the mast is the safety valve for the situation. I mean that in the way that it keeps the development under control – because there’s a weak link that’s known and you have to respect it.

“About four years ago when they started designing these boats with foils they [the teams/designers] were already asking the class to update the masts. And the class said:

‘18 months ago we relied on your judgment to tell us how strong the rig should be. And now suddenly you want us to give you 10 ton/metres more righting moment in the same mast? Well, guess what, it’s not happening. Design the foils that are not going to destroy the mast, or go ahead and destroy the mast – it’s your choice’.”

As Breymaier points out, the load limits are well known and ultimately the responsibility lies with the skippers and how hard they push their boats. Reportedly, the vast majority if not all of the top teams have invested in sophisticated load sensing technology which will pre-warn the solo skipper when things are getting out of hand.

“Before foiling, it used to be that when the head of the mainsail was touching the cap shroud you had to take a reef because you didn’t want the main and the shrouds rubbing against each other the whole time.

“Now, as Boris says, with the foil you have so much righting moment you don’t have to take a reef anymore.

“The boat stays flat as the rig loads up and you just go faster and faster. But the righting moment is what’s putting load into the rig and that’s what determines when you have to ease off. You sit in front of the computer and when the loads get higher you go out and ease three inches of sheet and then the loads go back down.

Asked which boat Breymaier would choose to take on this edition of the Vendee Globe he slightly hedged his bets.

“Oh, man, what a question! Well, if it was all about winning then I would probably say either Charal or L’Occitane [Armel Tripon’s new-built radical scowish-bowed Samuel Manuard design].

“They’ve just done a huge amount of reinforcement to L’Occitane because it was breaking, because it was so light. But that boat has the potential to be extremely, extremely quick. There’s been a lot of discussion recently about who’s going to do what for the next four years, and there’s an awful lot of interest in that boat.

“For me though, the idea of the Vendée Globe is to finish – so I would probably pick the boat that I’ve been working on for the last good while, because I know it and I know it’s not likely to break.”

READ OUR ARTICLE: DESIGNER SAM MANUARD ON THE NEW L’OCCITANE