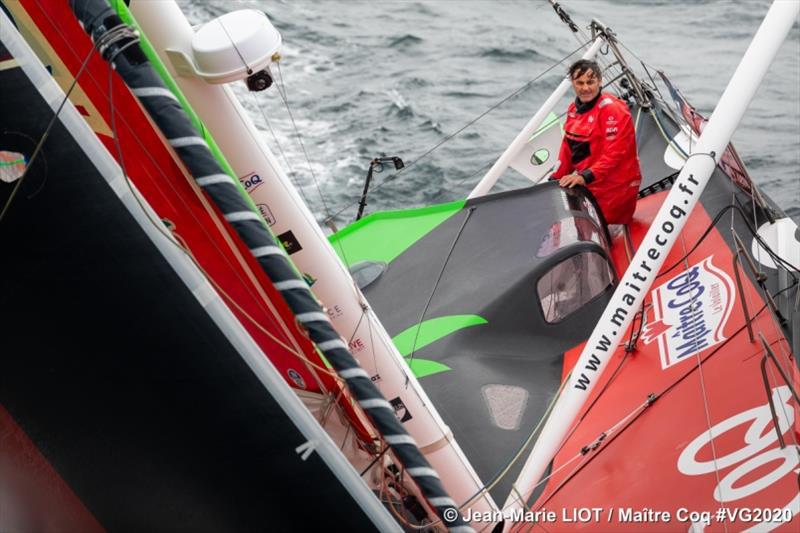 The Pacific Ocean gets its name from the ‘calm and peaceful’ waters originally encountered by the renowned explorer Ferdinand Magellan back in the 16th Century. Five centuries on and the three leading skippers in the Vendee Globe experienced similar conditions as they made the transition from what had proved to be a turbulent Indian Ocean crossing.

Not that the light winds and flat seas have been bringing them much peace. Quite the opposite, in fact, as all three skippers became increasingly frustrated to see their collective lead over the chasing group diminish by nearly 100 nautical miles (nm).

Suffering the most for a while was race leader Yannick Bestaven on Maître Coq IV who had been extending his lead over his nearest Charlie Dalin on Apivia and Thomas Ruyant on LinkedOut over the previous 48 hours before getting fully stuck for several hours in virtual flat calm conditions.

Dalin took the best advantage of Bestaven’s problems and closed to within 50 nm. Meanwhile Ruyant in third tried a bold but a risky attempt to leapfrog the leaders with a gybe to the north which he hoped would allow him to cross a high-pressure ridge and be first into the next low-pressure system.

They say that fate often favours the bold, but in this case Ruyant’s plan did not work out and 2100 UTC tonight he had dropped to 151 nm behind Bestaven who is now back in the breeze and trundling along at 15 knots.

In second, Dalin is 58 nm behind Bestaven tonight.