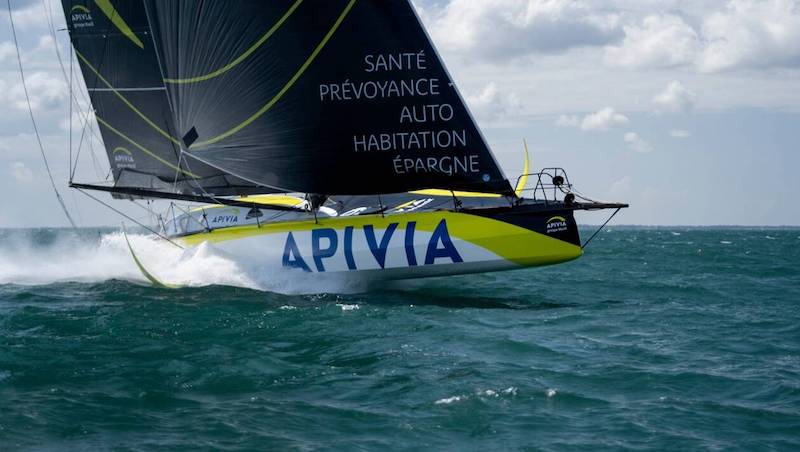 Having lead the Vendee Globe solo around the world yacht race for the last three weeks, during which he and his bright yellow Apivia IMOCA 60 have come through several storm systems unscathed, tonight French skipper Charlie Dalin has reported sustaining damage to his port foil.

Dalin was sailing through the southern Indian Ocean around 900 nautical miles (nm) south west of Tasmania, when at around 1800hrs UTC he heard a loud noise from his yacht. After immediately slowing the boat in order to to assess the situation, he discovered “damage to his port foil system”. Dalin did not report any water ingress to the boat is currently working with is technical team ashore to assess the level of damage and any potential repair options.

At the time of the incident Dalin held a 65-nm lead over second placed Thomas Ruyant on LinkedOut. At 2100 UTC tonight that gap was down to 42 nm, with third placed Yannick Bestaven a further 11 nm behind Dalin.