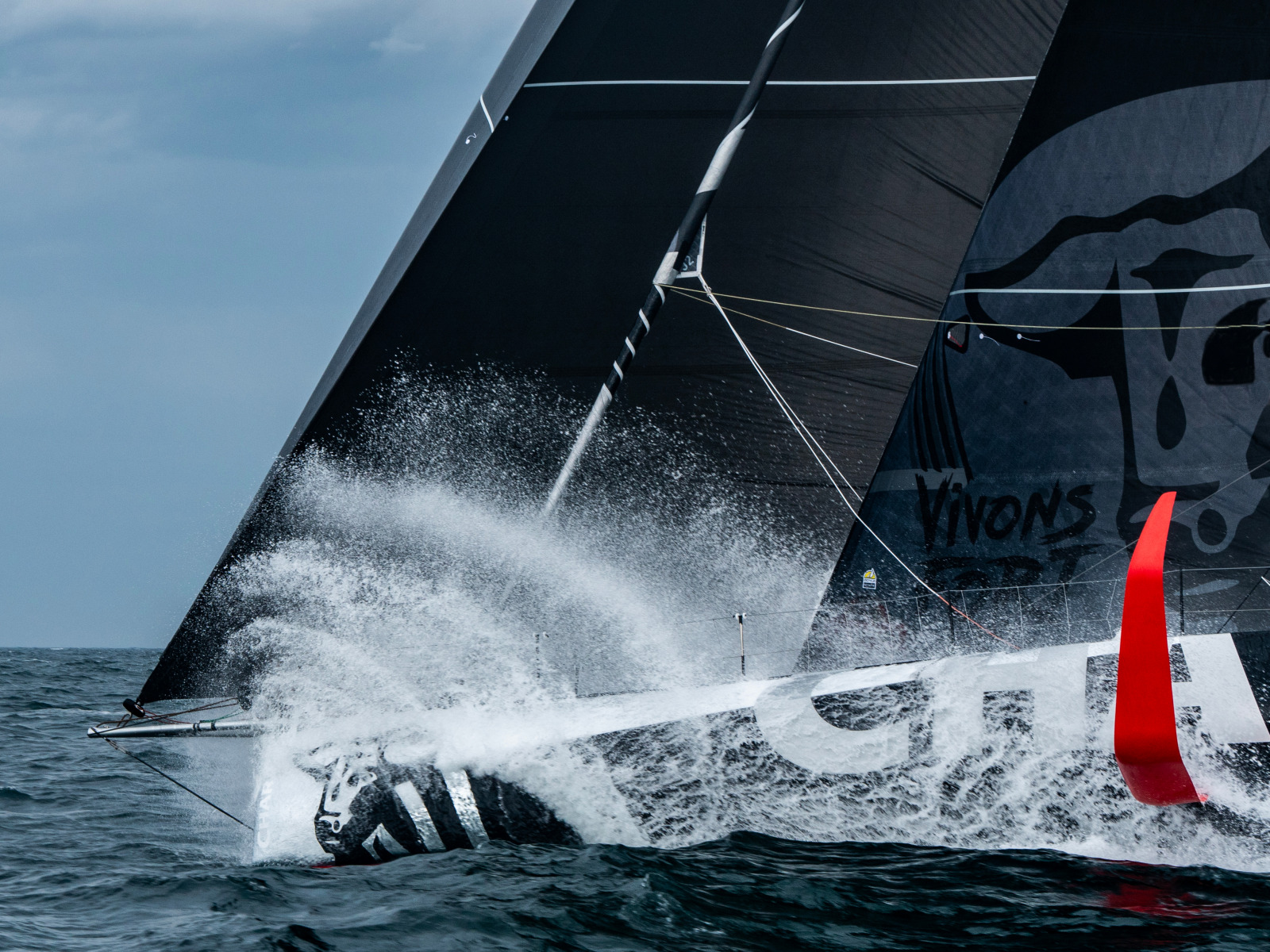 A fleet of no less than 20 double-handed IMOCA 60s took part in the Rolex Fastnet Race earlier this month, making the British offshore classic a key indicator of the progress of several potential contenders in the next Vendee Globe solo around-the-world race.

Only two boats failed to finish – a testimony perhaps to the quality of the fleet and to the amount of sailing most of the top teams have clocked up so far. Disappointingly, one of the retirees was the Sébastien Simon and Vincent Riou on the new Arkéa Paprec who were forced out by a total electronics failure aboard the new boat.

Their retirement put paid to plans for a greatly anticipated face off with Jérémie Beyou and Christopher Pratt on the much lauded Charal for IMOCA 60 for line honours in the 605-mile race.

That left the door wide open for Beyou and Pratt to take victory – no doubt a welcome morale boost for Beyou after retiring from last year’s Route du Rhum and then failing to make an impression on his return to the La Solitaire URGO Le Figaro earlier in the summer.

The Charal team has worked hard to improve the reliability of the radically-designed boat – launched just under a year ago – by refining the systems that control the foils. Beyou and Pratt also prepared well for the Fastnet, making several training missions prior to the event.

With his next competitive outing being the Transat Jacques Vabre solo transatlantic race in a couple of months Beyou said he would be pushing ahead with the boat’s development programme.

In particular he is looking to increase the protection around the cockpit after his experience in the Fastnet Race.

“With the high speeds that we sail at even relatively small waves submerge the boat,” he said. “The cockpit becomes like a swimming pool.”

On their IMOCA 60 debut – racing on the updated and optimised 2012-built PRB – Kevin Escoffier and Nicolas Lunven turned in an impressive performance finish second. 2017-18 Volvo Ocean Race-winner Escoffier and his co-skipper, twice La Solitaire-winner Lunven, gave the Charal duo a run for their money right up until the final few miles to the finish in Plymouth, proving beyond doubt that the 2010-12 generation boats, like PRB and Initiatives Coeur can be highly competitive thanks to their new foil packages. 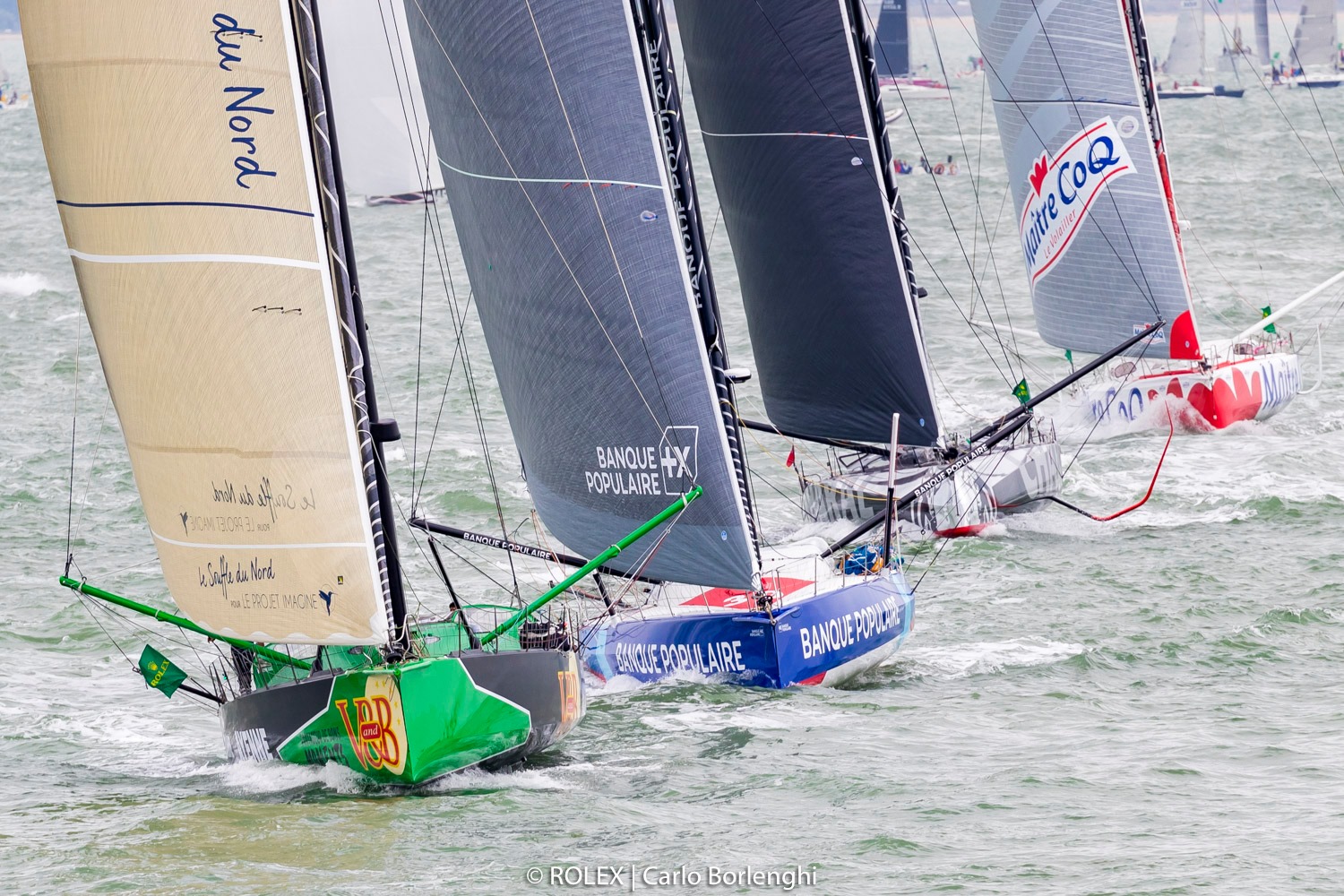 Rounding out the podium places with another notable performance was IMOCA 60 rookie Clarisse Cremer on Banque Populaire (a boat which was previously SMA and MACIF). Aside from the fact that also on board as co-skipper and mentor was Vendée Globe winner Armel Le Cléac’h, their result on a boat with conventional straight dagger-foils was impressive.

Meanwhile, British skipper Pip Hare will long remember the opening day of the 2019 edition of the Fastnet Race after a bold choice off The Lizard peninsula in southern Cornwall saw her leading the IMOCA fleet for several hours aboard her vintage boat – formerly Superbigou – originally built for the Vendée Globe in the year 2000.