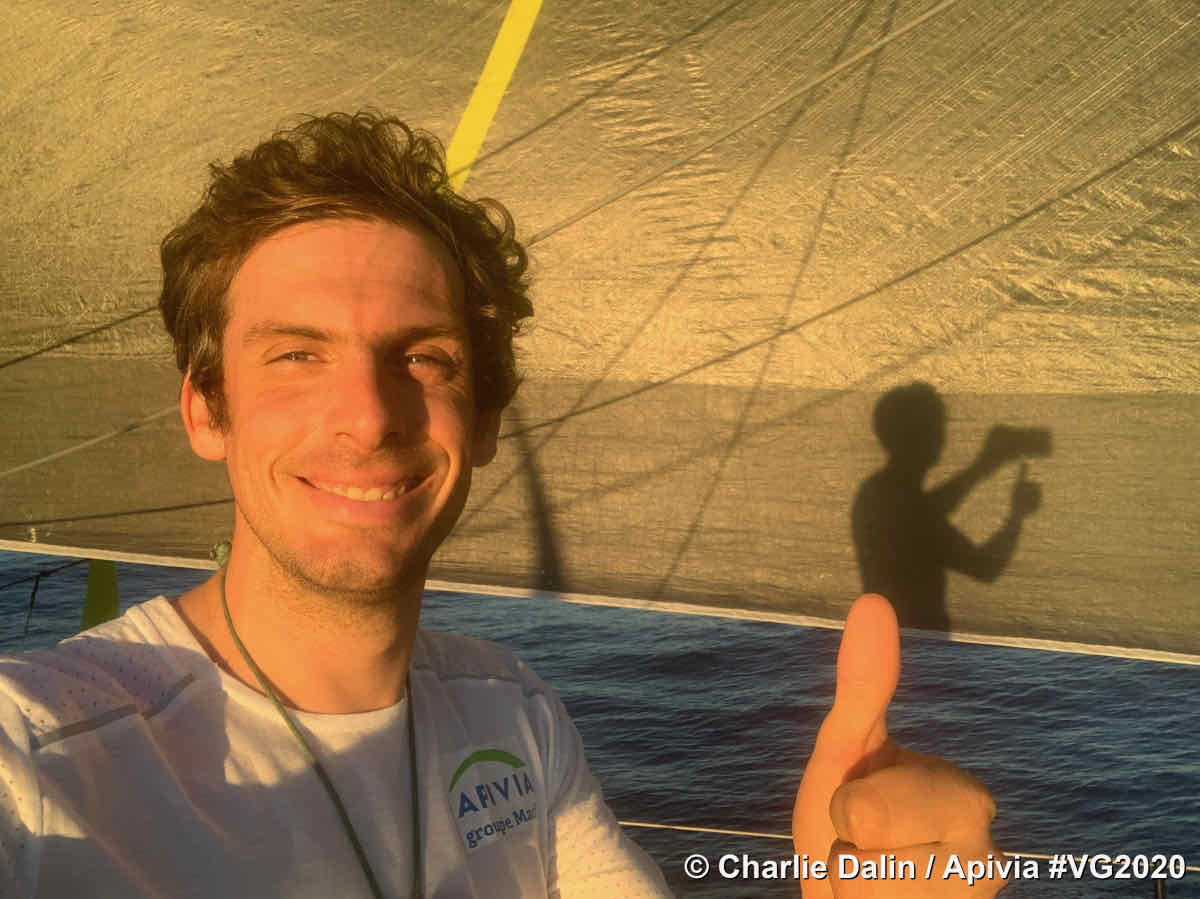 A light wind transition zone off the coast of Brazil has reshuffled the top five standings in the Vendee Globe and compressed the leading pack to within a 50 nautical mile radius on the 64th day of the solo around-the-world race.

Previously in second place, Apivia skipper Charlie Dalin has squeezed past Yannick Bestaven to eke out a tenuous 25-mile lead this morning. Dalin – who has had his fair share of difficulties to deal with so far in his first Vendee Globe attempt – is clearly appreciative of the good fortune bestowed upon him by the weather gods.

“This is a magical moment on this Vendée Globe for me,” he said. “If you had told me four days ago when I was 450 miles behind I would have taken the lead again I would not have believed you.”

You have to spare a thought at this point for Yannick Bestaven, who despite meticulous attempts to route his way through the light airs patch blocking his path, ultimately became engulfed by it. Despite making 13 tacks in 36 hours to try to stay in a narrowing corridor of northerly winds he has dropped to third in the rankings this morning behind Dalin and Ruyant.

“This transition zone has been hard for Yannick who was first to get into it,” Dalin acknowledged. However with the light wind zone expected to last throughout the day, nothing is certain for the leading group – a fact that Dalin was quick to point out.

“I am happy to be back in business, but it is still pretty unsettled, winds are varying in strength and direction,” he said. “Nothing is settled. The wind is not well established in this area where I am and things will still happen until the winds come in more. Around midnight it will be clearer and we will really know this time tomorrow who has done best.”