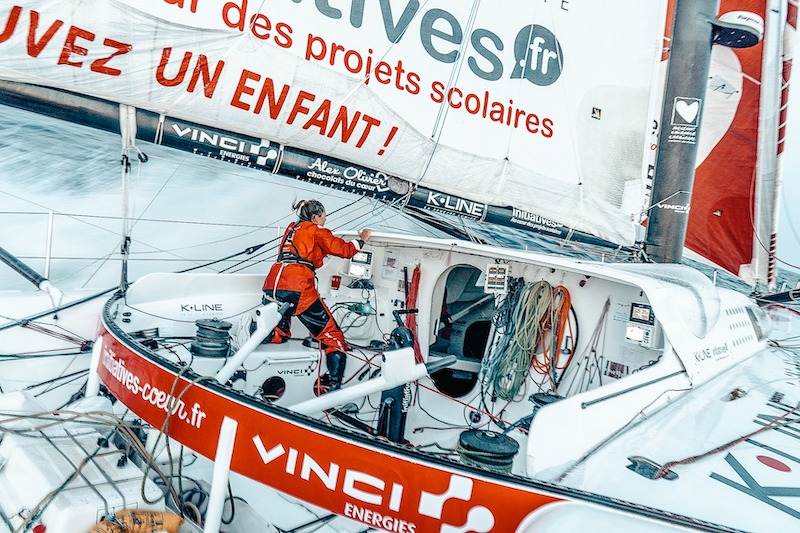 Following quickly on the news that French Vendee Globe skipper Sebastien Simon on Arkea Paprek had reduced speed and was heading north to avoid the worst of a Southern Ocean storm overnight, British female skipper Sam Davies is also nursing her boat north out of the storm path after reporting sustaining damage in a collision with an unidentified floating object.

Davies notified her shore team that her IMOCA Initiatives Coeur had struck the floating object at around 1900hrs UTC this evening. She is heading north at reduced speed and will inspect her boat to assess the damage with her team.

Sam Davies declared herself unhurt in the incident.

More information to follow as it is made avaialble.