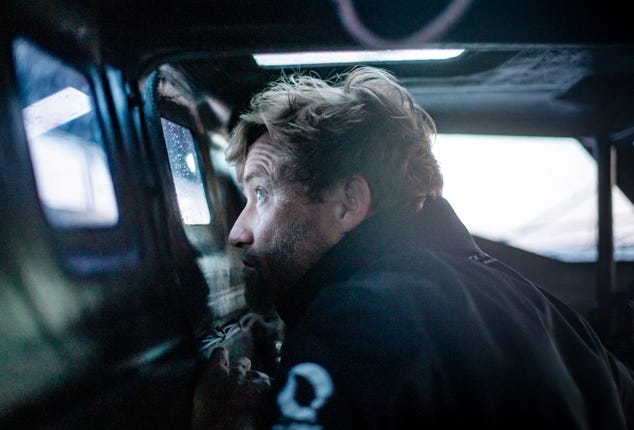 British sailor Alex Thomson “sadistically” relishes the brutal challenge of the world’s toughest yacht race and insists being isolated at sea is not comparable to living in lockdown.

Gosport-based Thomson is preparing to end a year dominated by coronavirus restrictions in self-imposed solitude aboard his £5.5million boat as he goes for glory in the Vendee Globe.

The 46-year-old finished third and then second in the previous two editions of the non-stop, around-the-world race, dubbed the ‘Everest of sailing’.

He is scheduled to single-handedly set sail from Les Sables-d’Olonne in western France in a month’s time, bidding to become the first non-French winner.

“The mental side of it is tough because you’ve got to make all of those decisions by yourself and you’re knackered,” he told the PA news agency.

“You’ve got to be confident but you’ve also got to be careful and not reckless.

“On the physicality part, it can be quite brutal. I don’t know why but sadistically I love it.

“As tough as it is – to be getting two-and-a-half hours sleep a day and essentially doing an Iron Man every single day for the next 70 days – it’s the right kind of challenge for me.

“It encompasses everything that’s in me, everything I have trained for, and I think it fits my personality.

“The lockdown we all had was not by choice, whereas the lockdown I go on on the Vendee is by choice. Being on your own and in those kind of conditions is much harder.

“Really, it’s not like lockdown at all – I’m going out to compete in my chosen sport that I love and am passionate about.”

He is preparing for his fifth shot at success after being forced to abandon his initial two race attempts due to boat damage.

After departing mainland Europe on November 8, he will once again travel around the bottom of Africa, past the south coast of Australia and navigate Cape Horn at the base of South America before returning to Les Sables-d’Olonne.

Advancements in technology and increased data mean race records have consistently been broken each time it has been staged and Thomson hopes to shave a week off his personal best.

“I think 67 days could be achievable. Last time I was 74 with a broken foil on day 11 so I think I could have finished close to 70,” said Thomson, whose IMOCA 60 yacht is named Hugo Boss after the team’s principal partner.

“These boats are significantly faster than the last generation so that’s my 67, which would be lovely, get back in early January.

“In the last one I think I was at the longitude of Cape Town in 17 days, which was extraordinary.

“It’s weather-dependent but the boats have certainly come to a point where they are significantly faster and more demanding than they were before.”

Thomson acknowledges he was “fortunate” to spend lockdown with extended family on Jersey.

The yachtsman had initially promised wife Kate he would not be competing in the forthcoming Vendee.

But, in the aftermath of his second-placed finish four years ago, he backtracked and felt it would be “kind of criminal” not to have another go.

“It wasn’t until the morning of my finish, I phoned her up and said, ‘listen, the first question at the press conference is going to be: ‘Am I going to do it again?’.

“I don’t think beyond this one to the next one. It takes so much and I think each Vendee you have an experience on the water which defines how you feel about it.”