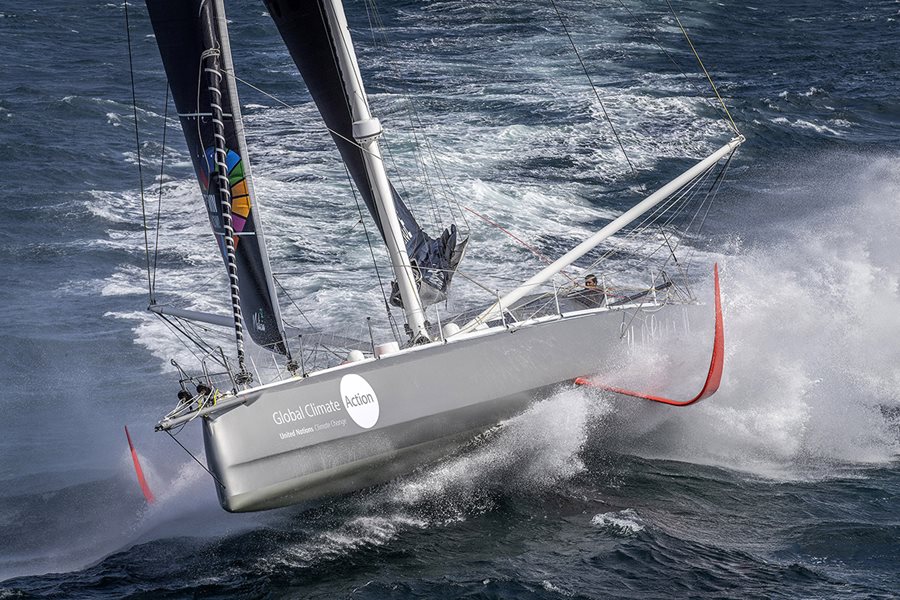 This series of short videos from German Vendee Globe skipper Boris Herrmann chronicles the refit process he and his team have been putting their Maliza IMOCA 60 through in recent weeks.

Malizia has had a full overhaul through the winter, listen as Boris  explains what we have done and gives you a look at the new foils.

Boris explains Malizia’s new foils and how the boat has been modified to take these 6m long wings. With 10,000+ man-hours and a team working around the clock.

More detail about the improvements and reinforcement carried out on Maliza’s hull.

Maliza’s had a nose job! Boris and the team give an update the modifications to the bow. See how the team rebuilt the crash box, a safety feature that breaks off if Malizia were to crash into something on the waterline. The team modified this to round the nose and created more of a slope to improve the movement through the water.

A behind the scenes look at day to day life for the Maliza team who have been working on the refit of the boat for the last few months.