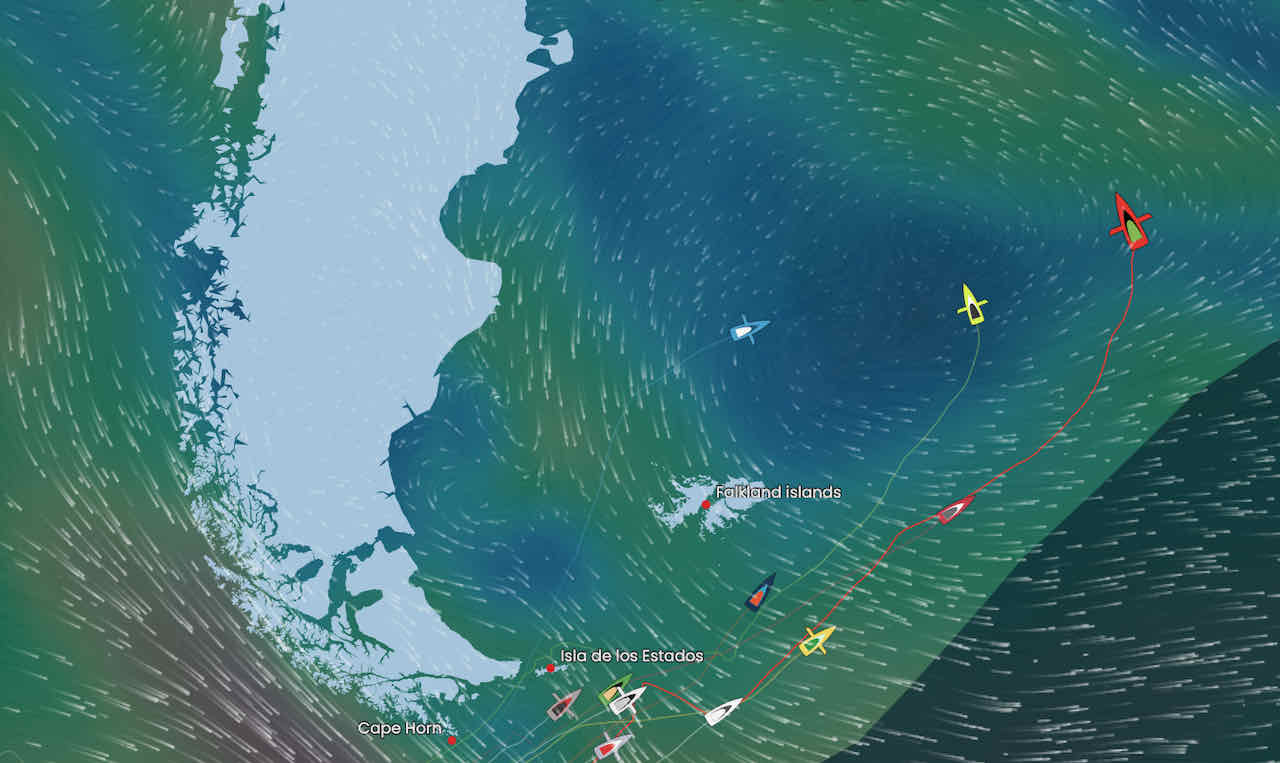 The weather systems in the South Atlantic are proving to be as capricious for the Vendee Globe skippers on their way north as they were several weeks ago when the fleet was heading south on the way to the Cape of Good Hope.

However, none of that appears to have phased the now long-time leader Yannick Bestaven on Maître Coq IV who appears to be making the best of the tricky conditions that have prevailed since he led the fleet around Cape Horn on Sunday.

Apparently now rested and re-energised after escaping the rigours of the deep south just a few days ago, Bestaven is today sailing under clear blue skies in a moderate breeze that has seen him touching speeds of 20 knots in recent hours.

At 1700 UTC he had a lead of 182 nautical miles over second placed Charlie Dalin on Apivia, but if his positioning in relation to both a light-wind high pressure system and a small strong-wind depression comes good over the next 48 hours he could be in line to make a significant jump on the chasing pack.