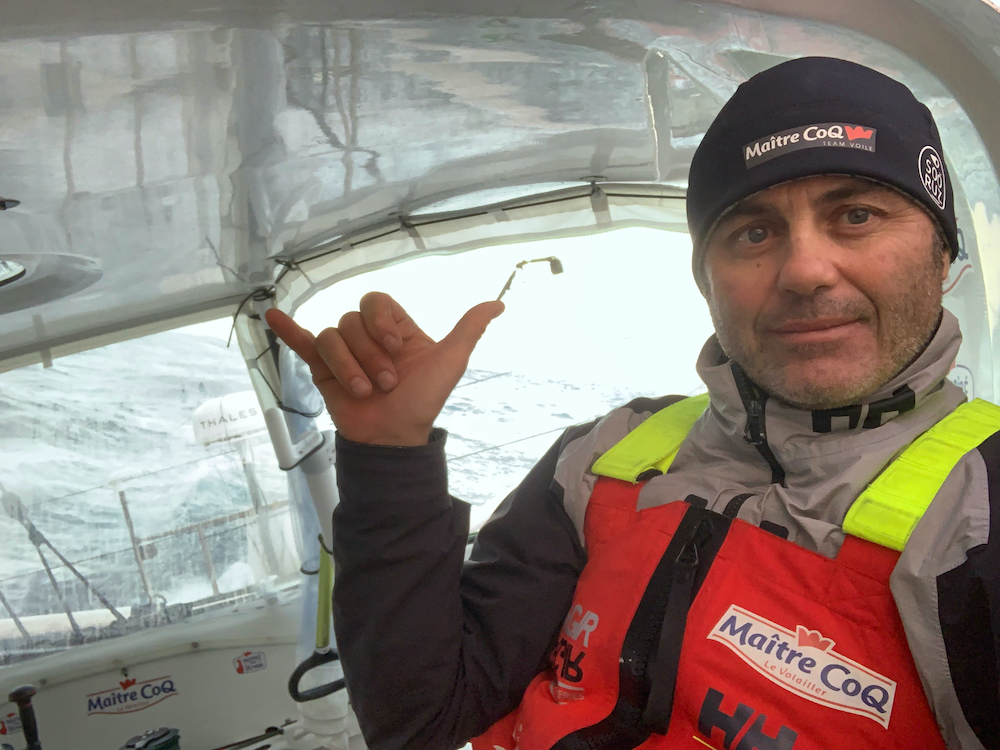 He has only held the top spot in the Vendee Globe for four days but French solo skipper Yannick Bestaven was looking calm and assured in the top spot earlier today as he led the fleet across the International Date Line after 42 days of nonstop racing.

He crossed the Antimeridian with a 120 nautical mile (nm) lead over second placed Charlie Dalin on Apivia after the Maitre Coq IV skipper had benefitted over the last 24 hours from better positioning breeze-wise than Dalin and third-placed Thomas Ruyant on LinkedOut, both of whom have been forced to into a series of gybes close to the northern edge of the exclusion zone.

Looking ahead to the coming week it seems the leaders are in for a complicated few days in the run up to Christmas Day as they try to negotiate their way around a looming high-pressure system setting up to block their path by midweek.

Depending on how the timings work we could see the top three take a hike to the north to avoid parking up in flat calm conditions. That detour could mean the trio having to slog upwind for a while – far from the sort of Christmas present any of them will have been hoping for on their way to Cape Horn.

And while much of our reporting has focused on the leading trio Bestaven, Dalin, and Ruyant, its worth noting that fourth-placed German skipper Boris Herrmann On Seaexplorer – Yacht Club de Monaco is still very much in the hunt for a podium position.

Herrmann has sailed a smart race so far, protecting his boat when he had to in the stormy stuff, and pushing on when he felt he could do so safely. Now with most of the second half of the race still to go, we will not be surprised to see him continue to close up on the leading pack.

At 1700 UTC tonight Herrmann was 239 nm adrift of Ruyant in third, with second-placed Dalin a further 42 nm ahead, but 130 nm behind leader Bestaven.