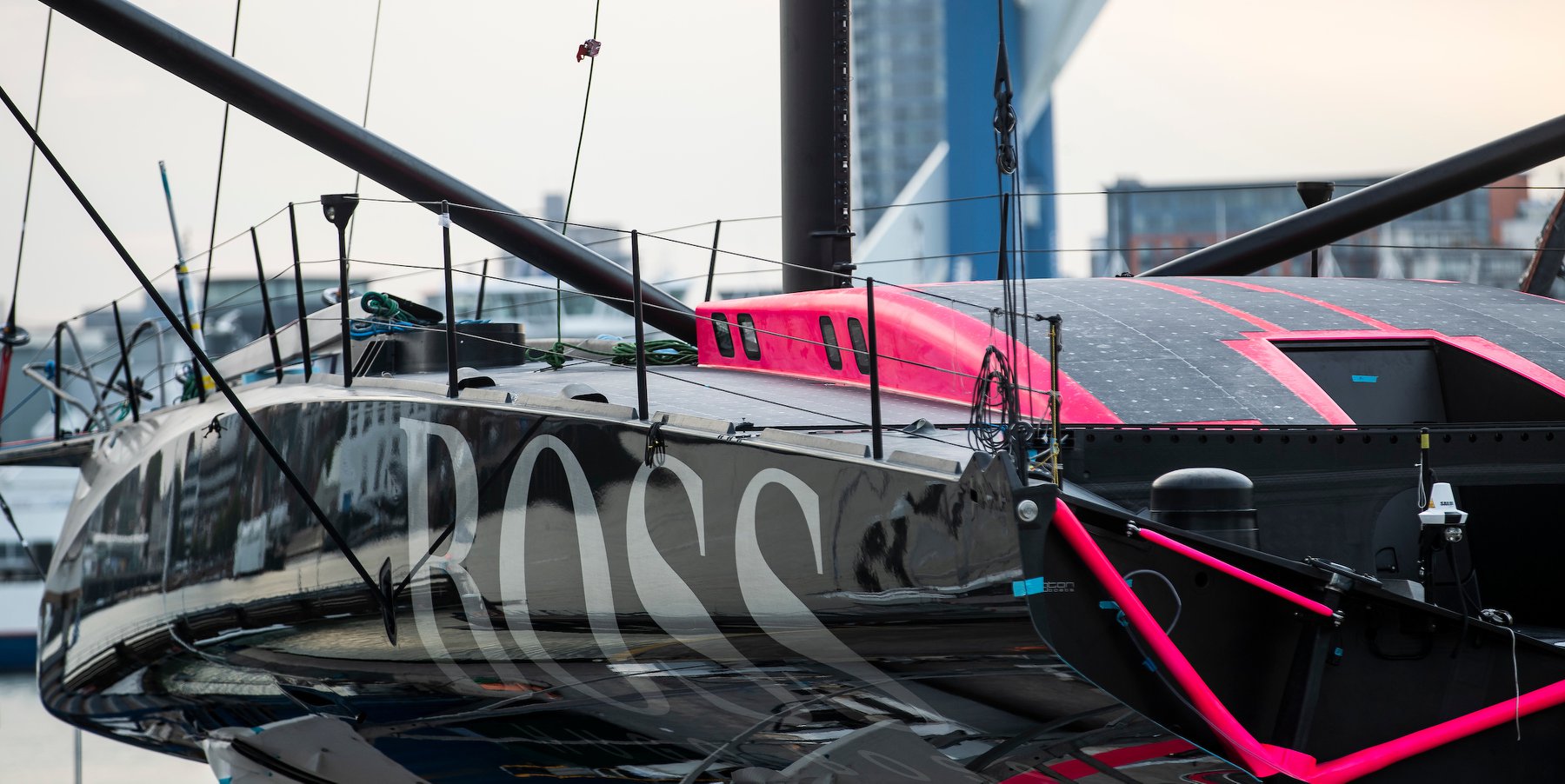 The boat has just been relaunched after a major repair and refit exercise that was required when catastrophic keel damage forced the team out of last November’s Transat Jacques Vabre double-handed transatlantic race.

The team has taken the opportunity to fit a pair of version two design foils, which Thomson says are just a sight development on the version one design. Thompson also says new sails are about to arrive, after which he plans several weeks of intensive training to try to catch up on the sailing time lost during the refit.