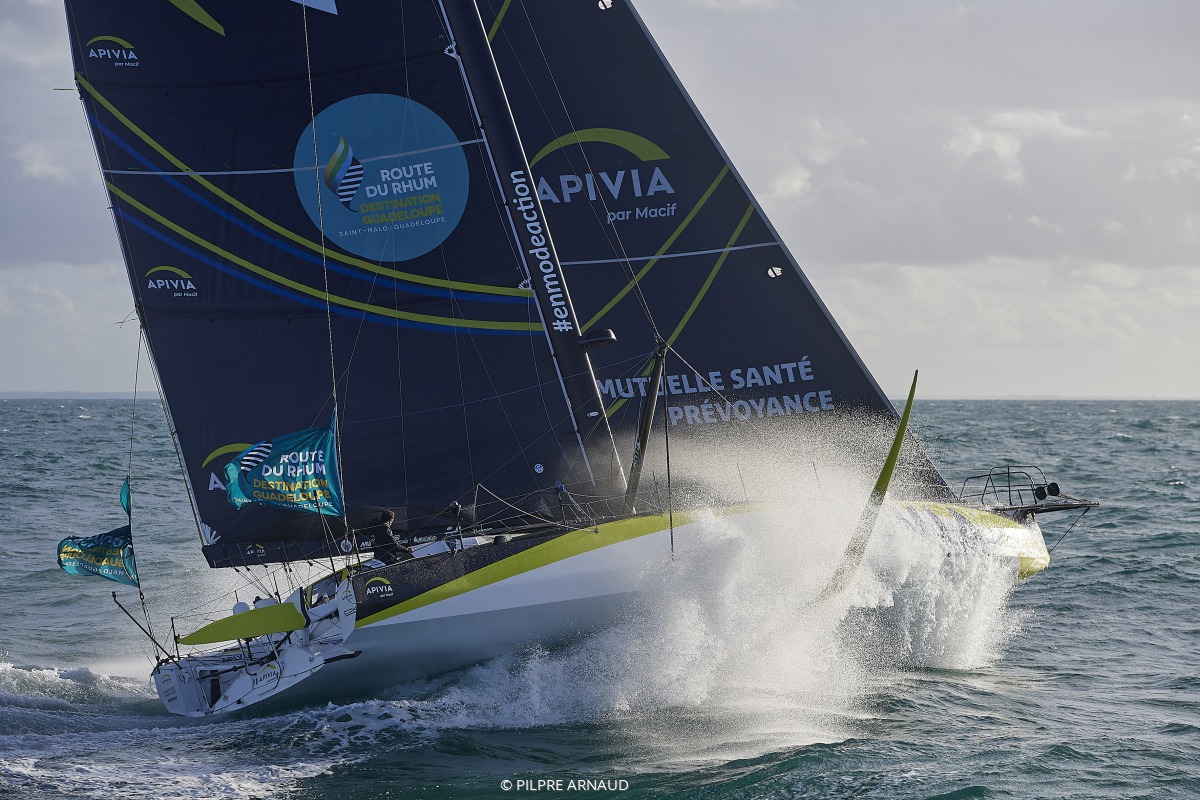 After yesterday’s spectacular send off for the 138-boat fleet taking part in the 12th edition of the Route du Rhum solo transatlantic race the yachts have spent a tortuous night slogging upwind around the Brittany coast line.

By the looks of the tracker the sensible money is on the southerly route into the Bay of Biscay with the  favourites in the IMOCA and Ultim classes both choosing to go that way.

The all-conquering Charlie Dalin on Apivia looks to be the frontrunner in the 38-boat IMOCA fleet after eking out a two mile lead on Thomas Ruyant on LinkedOut. Meanwhile in the Ultims Charles Caudrelier on Gitana will soon have to take a four hour penalty for jumping the gun at the start yesterday. This morning Caudrelier was romping along to the south at 25 knots, less than two miles ahead of Thomas Coville’s Sodebo and around 50 miles north west of Armel Le Cleac’h on Banque Populaire who is locked in a fierce match race with François Gabart on SVR-Lazartigue.