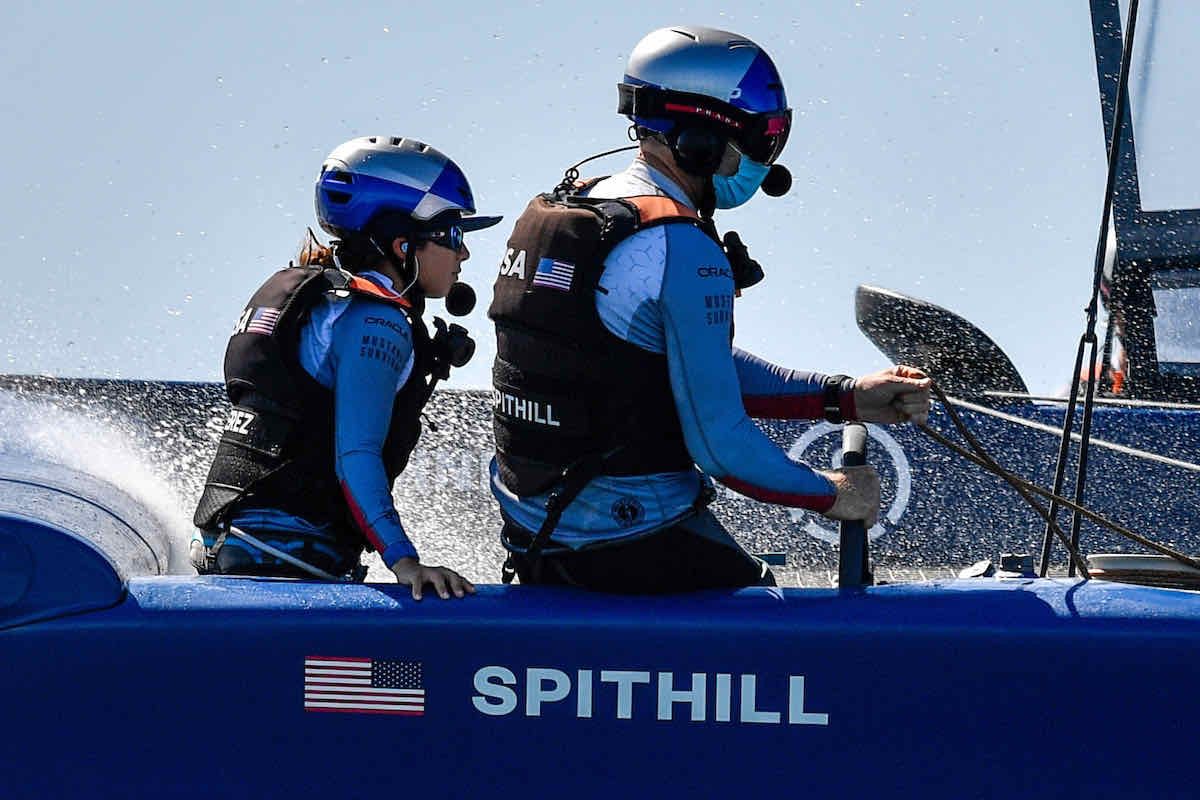 With only two more events until the $1 million Grand Final at the United States Sail Grand Prix | San Francisco (March 26 & 27, 2022) only five points separate the top four teams placing pressure on the U.S. team to solidify its podium position in order to qualify for the league’s final, winner-take-all race.

“I believe our team is peaking just at the right time,” said CEO and helmsman Jimmy Spithill. “With just Spain and Sydney ahead of us, every point counts as we look toward San Francisco and winning the $1 million.”

In preparation for racing in Cadiz, the team officially welcomed athlete CJ Perez to her first SailGP event where this weekend she will be one of six female athletes to ever race onboard the F50 foiling platform.

At 18 years old, Perez – who just last week won the 2021 USA WASZP National Championship – is the youngest athlete to ever compete in SailGP, as well as the first Latina athlete to do so. The league announced today that Perez and other female athletes from each team will now race in the 6th sailor position behind the driver for all races moving forward as part of the league’s Women’s Pathway Program, which is aimed at building a better sport as part of SailGP’s #RacefortheFuture purpose-led agenda.

“You have to try it for yourself, it feels like a rocketship,” said Perez as she was asked to describe sailing on the F50. “We’re moving at speeds never experienced before and flying so high out of the water. I’m most looking forward to fighting it out at the starting line this weekend. I can’t imagine how exciting that will be.”

At each Sail Grand Prix, the eight SailGP teams compete in five fleet races before the top three teams race in the finals to determine the champion of that particular event. Each event winner earns 10 points in the Championship Leaderboard; second place is awarded nine points, third place is awarded eight points; and the fourth- through eighth-place teams earn corresponding points given their standing on the event leaderboard.