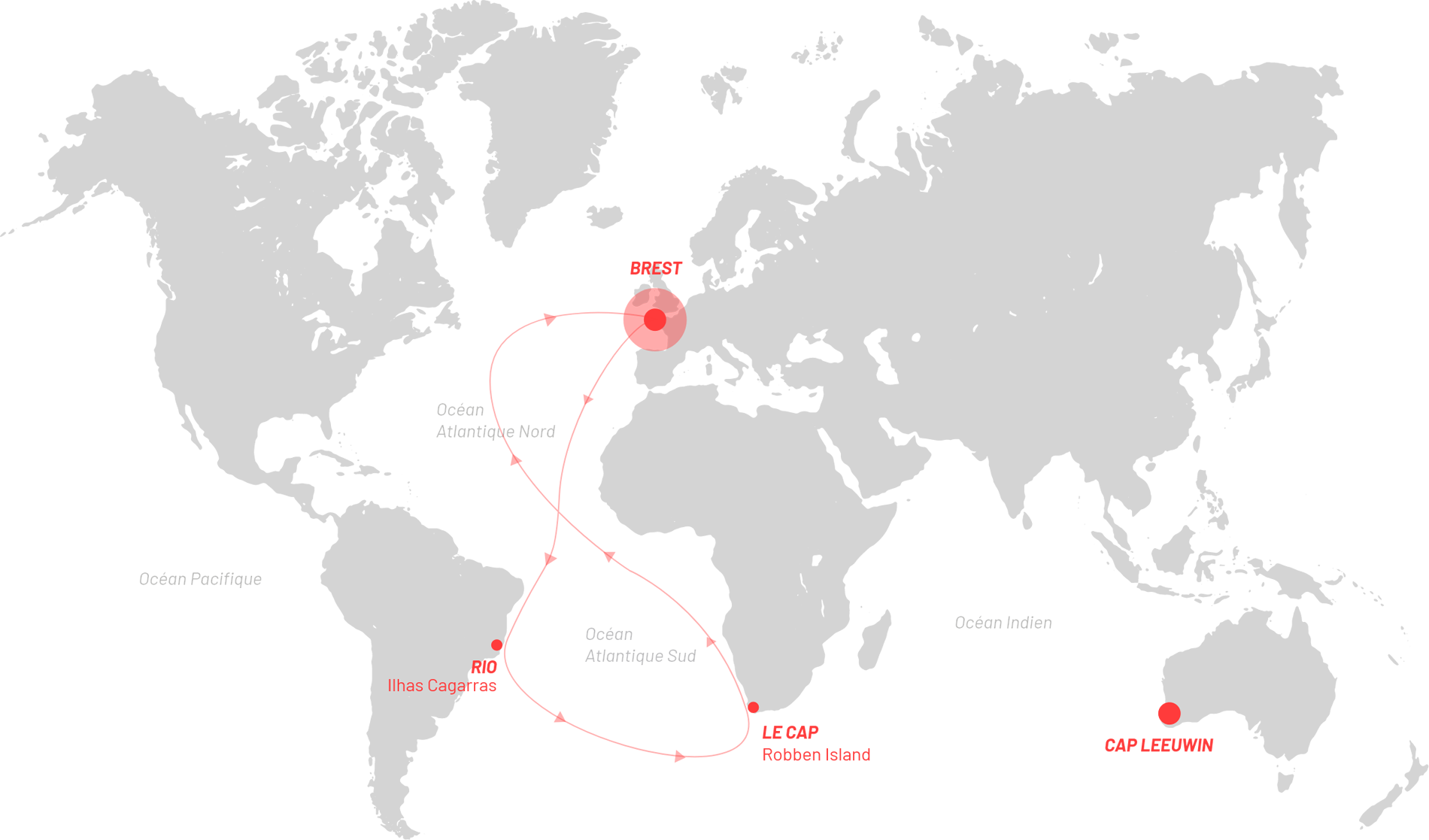 As announced in April this year, the first major race of the Ultim 32/23 Class – the Brest Atlantiques – will start on Sunday November 3 2019, when the four maxi multihulls scheduled to take part – Actual Leader, Gitana Team’s Maxi Edmond de Rothschild, the trimaran MACIF, and the newly launched Sodebo Ultim 3 – will set off from the French port of Brest, on a 14,000-mile figure of eight loop of the north and south Atlantic oceans.

The inaugural edition of this epic race will be the first significant open ocean head-to-head between these four major players in the Ultim 32/23 Class and as such will be an enormous test of both the boats and their dual skipper line-ups – to say nothing of the four hardy on board reporters whose job it will be to chronicle each of there teams’ individual trials and tribulations.

The racecourse takes the fleet first cross the Bay of Biscay before the crews will try to hitch a ride south to the Equator using the northern hemisphere trade winds. Once in the southern hemisphere the teams must round the uninhabited Ilhas Cagarras archipelago located 5 kilometres off Rio de Janeiro’s Ipanema Beach in Brazil, before diving deep into the wilds of the southern ocean on their way to the second turning point Robben Island off Cape Town, South Africa. From there the boats will sprint back north to finish where they began in Brest.