Skip to content
You are here
Home > Vendee Globe > Transat Jacques Vabre: Will Harris updates on preparations aboard Team Malizia 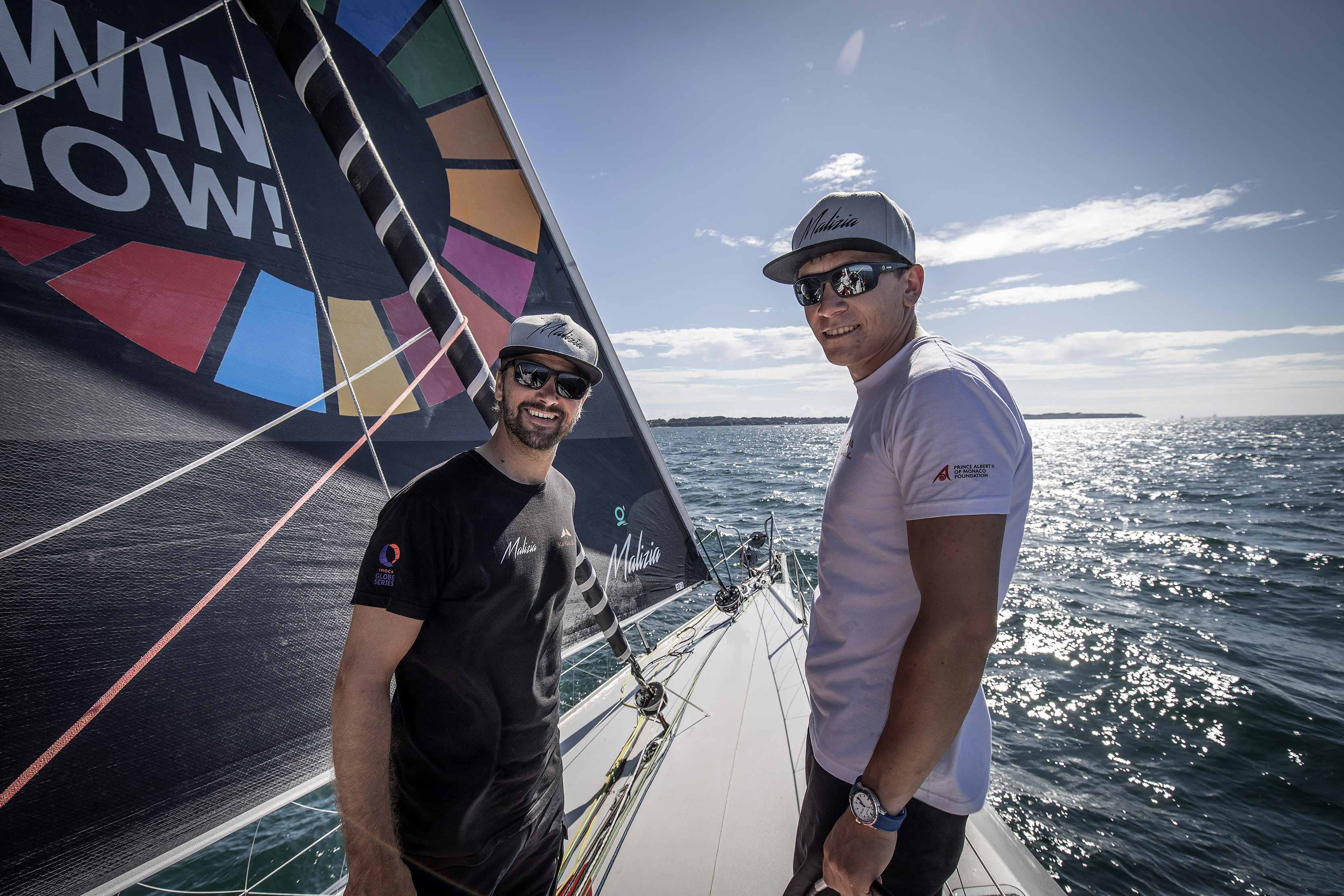 British sailor Will Harris is about to take on his first Transat Jacques Vabre, sailing alongside German skipper Boris Herrmann aboard the IMOCA 60 Team Malizia. With just a fortnight to go to the start it is an incredibly busy time for the duo, so we were more than delighted to receive this exclusive update from Harris on how they have been preparing the boat and themselves for the transatlantic crossing.

We’re just under 2 weeks away from the start of the TJV. After learning that I would be sailing with Boris Herrmann onboard his Imoca 60 ‘Team Malizia’ only a month prior, I knew we had a lot on to be competitive amongst the fierce competition of the Imoca 60 fleet.

With new Imoca 60’s popping out of moulds and sheds nearly every week and hitting the water literally flying, its going to take a lot to keep up with the newer foilers. But, we’re in a good place now, a reliable boat that Boris has managed to sail up to second place in the Imoca Globe series over the last 2 years.

Over the past few weeks there has been a lot to do to get the boat ready. After sailing Greta Thunberg to New York, a record attempt West-East Atlantic was made at the beginning of September during which the boat sustained some structural damage when it hit an object in the water.

Limping home, we put her straight in the shed in France to have the necessary work done. Not an easy task to remove the 28m mast and 4.5m keel in a hurry that requires a big crane and a very good shore team. 10 days later and we were back out again and on the water.

While in the shed we made sure we were as productive as possible in our preparations for the race.

Covering 4350 miles, the double-handed Transat Jacques Vabre requires a lot of planning in advance: what are we going to eat; what to bring when changing climates pretty quickly; and finally, deciding the strategy and performance for the race.

We spent a lot of time preparing what to bring. As little as possible to save on weight but enough to sustain us to the end of the race. Starting from Le Havre in mid-autumn is sure to be cold but we also have to think about when to get to warmer latitudes and making sure we bring the right clothing for this. There is also a long list of safety equipment that is rigorously checked before the start so making sure we have all that to avoid last minute stress has been good to get out the way.

Probably the most important though is the strategy and weather for the race. How can we make sure we are taking the fastest route to the finish based on the weather and performance of the boat?

The race can be broken into four stages. The first, leaving North-West Europe and the path of the frequent depressions that bring fast changing conditions. Next, trade wind sailing between the Canaries and the doldrums that will be dominated by straight line performance downwind with the prevailing north-easterly winds. The doldrums although small section of the course can be the most difficult with very little wind and squalls that must be closely monitored using satellite images. Finally, the trade wind sailing south off the doldrums and the final stretch along the Brazilian coast to the finish in Salvador, Brazil.

Each stage of the race has its typical situations in terms of weather. Although no two situations are identical, previous races and weather can give us a good idea about what the best strategy will be, so this is what we have been focusing on learning about as much as possible. When in comes to the race, we can download weather files and satellite images plan our strategy with the guidance of our notes.

Another aspect of choosing the best route is understanding how the boat performs. Now the boat is back on the water we’ve managed to fit in a few training sails, lining up against a few of the other Imoca 60’s. This gives us a chance to validate the boat a little, see where we are faster and slower in comparison. A sail change on these boats can take 30 minutes of maximum physical effort so making sure we are working efficiently together through these are important so save energy during the race.

But, it also allows us to collect more data for our sailect and polars (predictions on the speed and sail choice of the boat at different windspeeds and angles). We rely on these being as accurate as possible to give the most accurate prediction of the fastest route to Brazil.

Once we are happy with these, we can run routings that we trust and will hopefully allow us to be pro-active in the planning of what is to come, weather it be a sail change, a tack or a gybe. The difference with the Imoca 60 than the Figaro is that everything takes much longer to do and requires much more energy. Therefore, you have to be very well organised to execute a good race.

This week we have our final bit of training. Delivering the boat from Lorient round to the start in Le Havre. The final week will be full of completing pre-race briefings and events with sponsors and race organisers, leaving little time for much else. But I’m looking forward to getting started with my first race of this length and an ocean crossing.