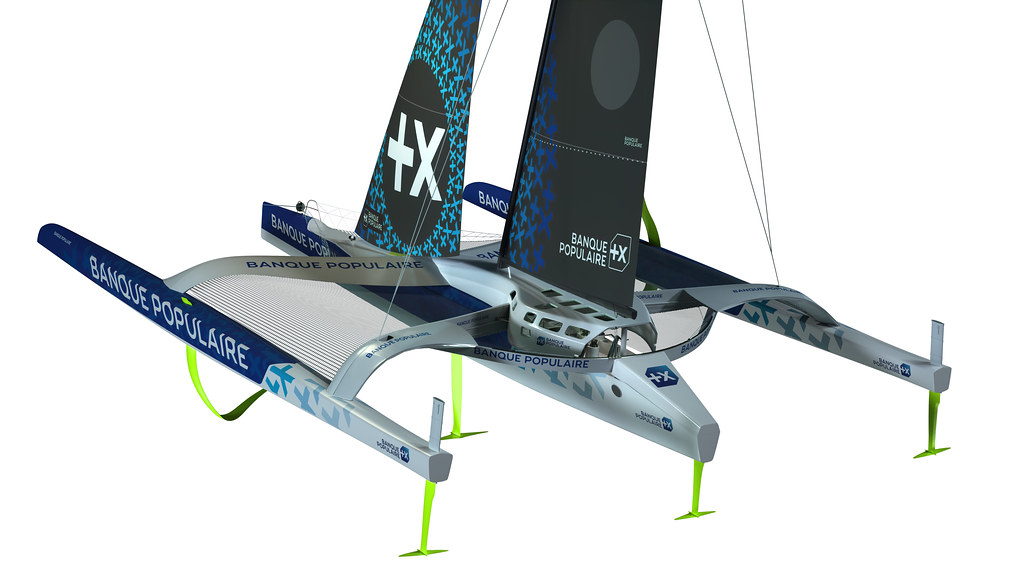 When the new Maxi Banque Populaire XI Ultim trimaran is launched at the end of April this year the clock will start ticking on the French syndicate’s race get the boat race ready for its first competitive outing – the Transat Jacques Vabre Normandie Le Havre transatlantic race to Martinique in the West Indies – starting on November 7.

The team announced last week that joining the team’s regular skipper Armel Le Cléac’h on board the monster multihull for the 15th edition of this classic and high profile double handed race will be fellow-Frenchman Kevin Escoffier.

Le Cléac’h describes Escoffier – who made the headlines in the last edition of the Vendee Globe when he had to be rescued from a life raft by fellow-competitor Jean Le Cam after his boat broke up and sank beneath him – as “the best co-skipper for this new challenge”.

“We have decided to take up this challenge with the sailor who seems to us the most appropriate to be in line with our ambition”, explained Le Cléac’h.

Unsurprisingly Escoffier was full of enthusiasm about his new role, which sees him return to the Banque Populaire stable where he had previously worked for 12 years. During that time he sailed aboard the Maxi Banque Populaire V trimaran and was part of the winning crew of the Jules Verne Trophy in 2012.

More recently Escoffier won the Volvo Ocean Race in 2018 with Dongfeng Race Team before taking on the Vendee Globe for the first time this year with sponsor PRB.

“I am passionate about boats, speed and competition,” says Kevin. I know how very enriching this experience will be.”

After the launch at the end of April the team will set about developing and making the enormous Maxi Banque Populaire XI multihull as fast and reliable as it can be.

“There are so many parameters on these imposing boats that the tuning phase is as necessary as it is delicate,” Le Cléac’h commented. “Everyone is ready to get down to work, rack up the miles and do everything to get the best out of this new giant, with the Transat Jacques Vabre squarely in our sights.”