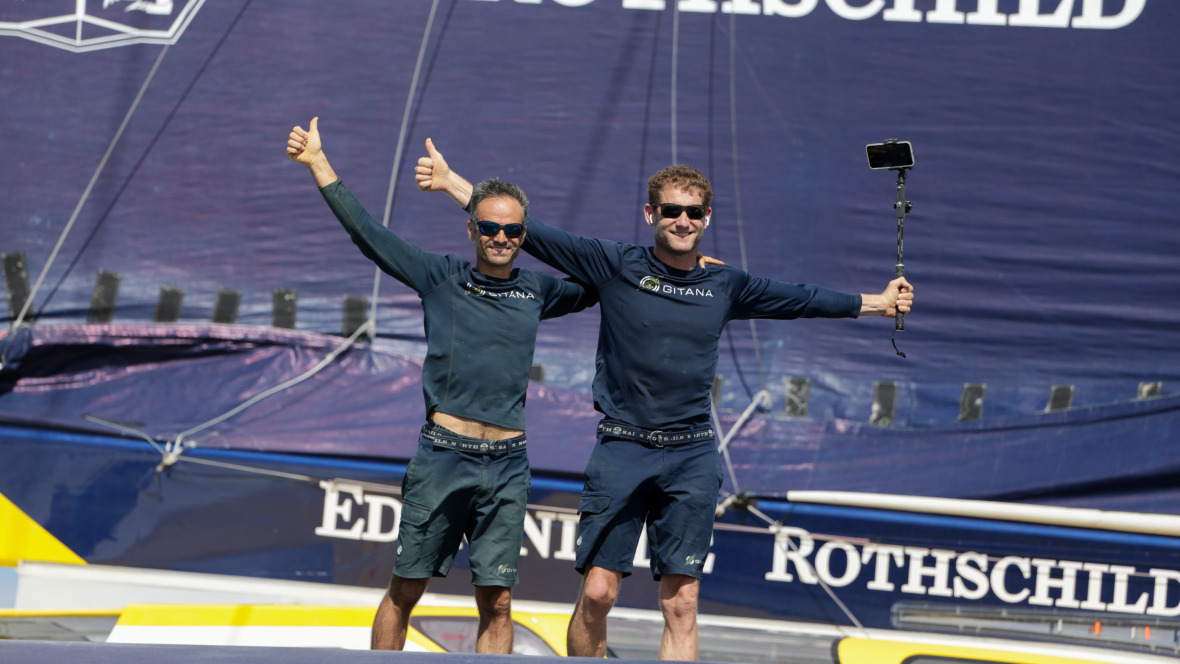 Franck Cammas and Charles Caudrelier have won the Ultime class title of the 15th edition of the Transat Jacques Vabre aboard Maxi Edmond de Rothschild. Going into the race as favourites, they regained their lead on 9th November and never let it go – they led for 98 per cent of the race.

The hugely experienced Cammas and Caudrelier crossed the line in Martinique today just after 10.16am (15:16 and 16 seconds CET) on a boat they have raced and tested many times.

“We didn’t make many mistakes, the boat behaved well. We’ve been racing hard for 17 days and we’ve arrived with a boat that’s 100% up to scratch. In relation to the competition, we didn’t know what it would be like and our confidence has grown day by day. Yesterday we had a bit of stress, with a complicated weather situation for us. We fell into a windless zone and behind the boats behind us were able to gain 200 miles in 12 hours so we started to get scared. In the end, they had the same problem as us much later.

“The main thing for me is to still have one more win than Charles! [Laughs; Franck now has four wins, Charles three, in the Transat Jacques Vabre, editor’s note] It’s true, this race that suits us well.”

Charles Caudrelier, “We’re arriving in good shape. We were scared once, because we had an engine failure which meant we had no energy left. We looked to stop in Cape Verde, but in the end we managed to fix it. We weren’t at 100% of the boat’s potential all the time, but not far off. We have to congratulate our weather routers on shore, because it wasn’t always easy for them, they did a really good job. It’s the first time I’ve seen Franck spend so little time at the chart table to comment on their choices.”