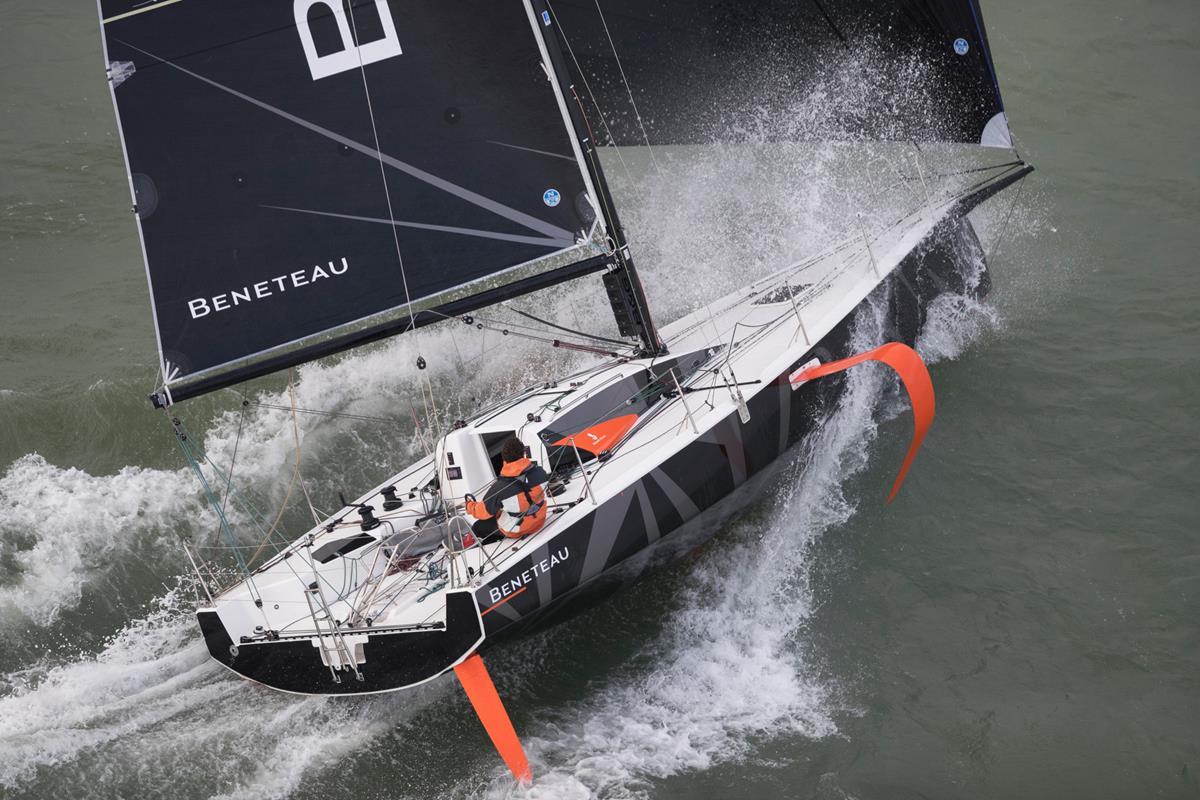 Introducing a brand-new new one-design class to an already busy marketplace is far from easy to achieve but it seems that French builder Bénéteau is off to a storming start with its new Figaro 3 – with a bulging order book that includes some of the top names in offshore racing.

According to a story on the French sail racing email newsletter Tip and Shaft the company has secured orders with deposits paid for more than 55 boats – the first of which are scheduled for delivery in the first week of January 2019.

In fact, such is the demand for the new 10.85-metre (36-foot) foiling one design – designed by Van Peteghem – Lauriot Prévost (VPLP) and the world’s first-ever production foiling keelboat – that a draw to allocate the deliveries will take place on December 8 at the Paris Boat Show. After the draw the boats will be delivered to their eager new owners via 10 Bénéteau-authorised dealers.

The new Figaro 3 is the replacement for the erstwhile Figaro 2 – long-time weapon of choice for France’s multi-stage La Solitaire singlehanded race each summer.

According to Tip and Shaft among those who have announced their Figaro 3 orders publicly are Loïck Peyron, Michel Desjoyeaux, Jérémie Beyou and Yann Eliès – who reportedly all intend to compete in the 2019 edition of La Solitaire.

Former La Solitaire winners Armel Le Cléac’h and Alain Gautier have each also confirmed that they have placed orders but have not yet committed to taking part in the 2019 La Solitaire.

Dongfeng Race Team’s Volvo Ocean Race-winning skipper Charles Caudrelier is a past La Solitaire winner and indicated on an episode of Tip & Shaft’s Into the Wind podcast that he wants to return to solo racing and could well also order a Figaro 3 for himself.

According to the Tip and Shaft story among the current crop of Figaro sailors who have ordered new boats or are in the process of finalizing the purchase are Anthony Marchand, Alexis Loison, Pierre Leboucher, Pierre Quiroga, Xavier Macaire, Gildas Mahé, Alan Roberts, Tanguy Le Turquais, Damien Cloarec, Justine Mettraux, Cécile Laguette, and Tom Dolan (IRL).

Meanwhile several teams and offshore race training centres are believed to have ordered Figaro 3s including Skipper Macif, Bretagne CMB, MerConcept, Team Vendée Training, BE Racing, The Offshore Academy, and Oman Sail which is rumoured to be ordering two boats.