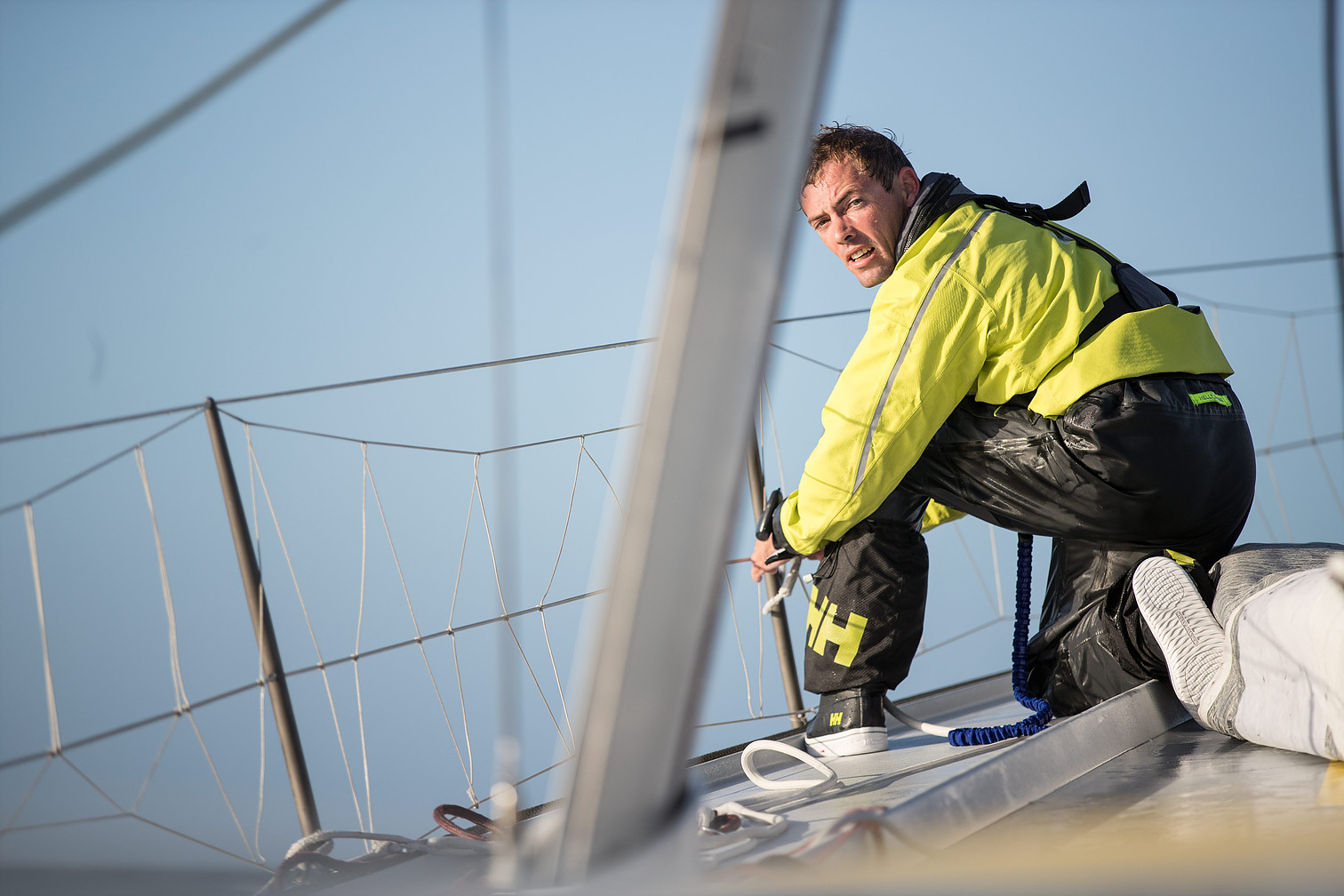 French solo offshore racing sailor Thomas Ruyant has confirmed he is building new foiling IMOCA 60 scheduled to be launched in July next year.

Ruyant, 37, from Malo-Les-Bains on the north coast of France intends to compete in the 2020 Vendée Globe after which he says the boat will be reconfigured to take on The Ocean Race (formerly Volvo Ocean Race) at the end of 2021.

The build of the new Guillaume Verdier-designed boat is well under way having begun in August this year the Persico Marine yard in Italy.

Funding for the project comes from an investment group of private individuals from the North of France. However Ruyant’s management company – TR Racing – is also offering a high-level turn-key partnership opportunities to companies for the build-up to and during the 2020 Vendée Globe singlehanded round the world race.

Ruyant’s first competitive sailing was in the Laser class before he graduated to offshore sailing through the Tour de France à la Voile. He moved on to compete on the Mini Transat and Figaro circuits, as well as winning the Class 40 division in the 2010 Route du Rhum.

After being selected by the Souffle du Nord Association to be their skipper for the 2016-17 Vendée Globe Ruyant finished fourth in his first ever IMOCA 60 race – the two-handed Transat Jacques Vabre – sailing with co-skipper Adrien Hardy. In the Vendée Globe Ruyant in the leading bunch until half way across the Indian Ocean when he was forced to retire when his boat started to break up underneath him. Despite the rapidly deteriorating boat he somehow manged to nurse it to safety at Bluff in New Zealand.

Now Ruyant is keen to take on the gruelling round the world race again – this time in a brand-new state of the art boat.

“This project represents all of my experience, all of my know-how and everything I have learnt over the past 20 years of offshore sailing, from my Mini-Transat days through to the Route du Rhum, the Solitaire du Figaro to my first Vendée Globe three years ago.

“Along with my group of investors, I have also put together a formidable technical and management team and together we have got the build programme underway and aim to have this incredible boat in the water in time to properly prepare for the 2020 Vendée Globe. I now need to unite around this project people and companies that see the huge associated value with being part of this amazing human adventure.”

The team’s  racing programme leading up to the Vendée Globe in November 2020 will include all the IMOCA Globe Series events from next September, including the two-handed 2019 Transat Jacques Vabre in November, the 2020 Transat in May (UK to North America), and the 2020 New York – Vendée race in June.

At the conclusion of the solo programme the boat will be made ready for the other round the world race, the fully-crewed 2021-22 Ocean Race which for the first time will include an IMOCA 60 class.

After that the boat will be returned to solo sailing mode for the 2022 Route du Rhum in November.