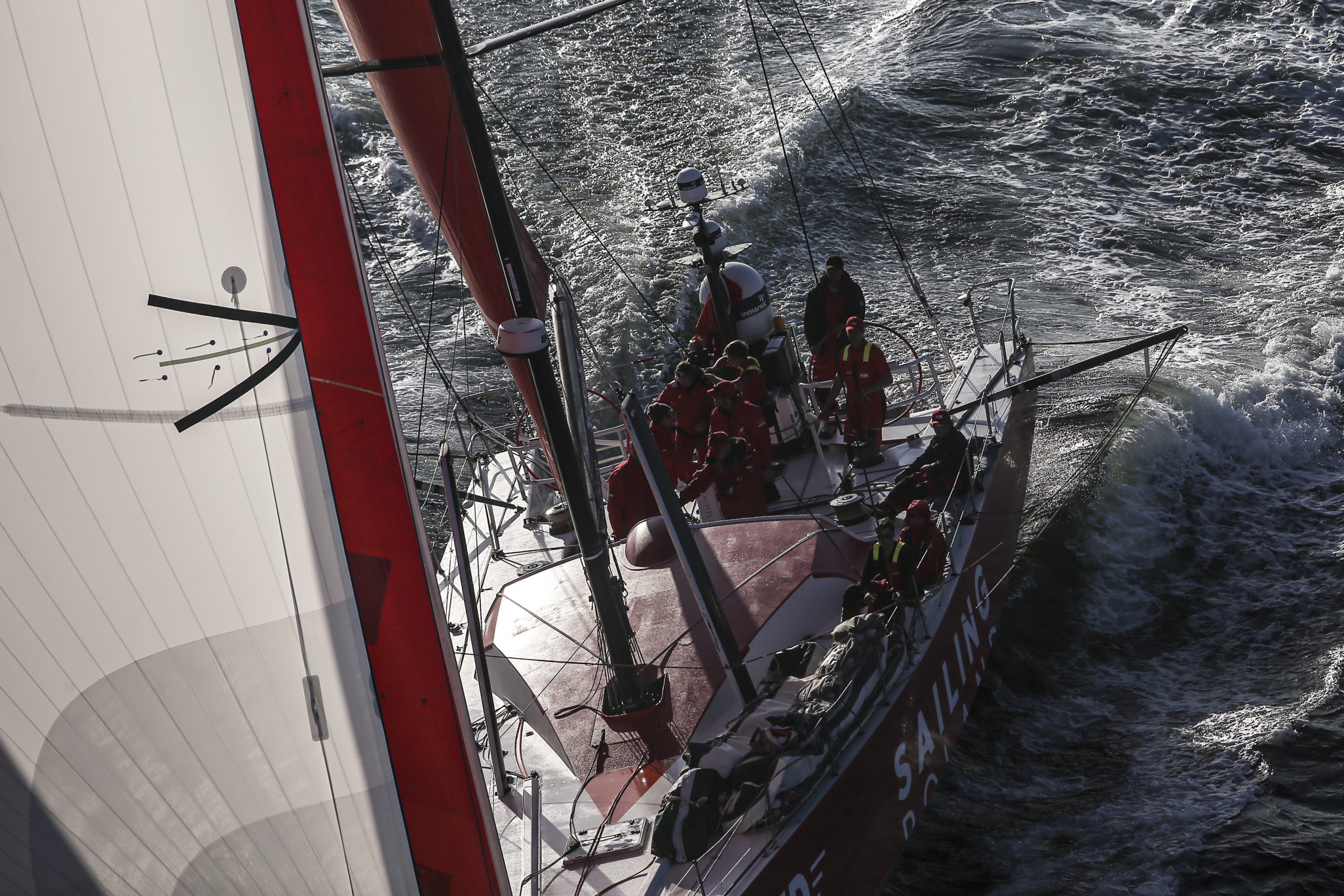 Along with five confirmed IMOCA teams racing around the world, up to five VO65 teams will be on the starting line in Alicante, Spain in January, with an option to compete for a new trophy within The Ocean Race called The Ocean Race VO65 Sprint Cup.

The new trophy has been specially created for VO65 teams and will be awarded to the team which accumulates the best score across three separate legs of the race: Alicante, Spain to Cabo Verde; Aarhus, Denmark to The Hague, the Netherlands; and The Hague to Genova, Italy.

VO65 teams participating for The Ocean Race VO65 Sprint Cup will compete in the VO65 class in the in-port races scheduled in those cities as well as the three stages of from point-to-point offshore racing.

“This new trophy will enable a new generation of sailors, along with some familiar faces, to gain some valuable experience in The Ocean Race,” said Phil Lawrence, Race Director of The Ocean Race.

“This format provides an opportunity to compete in The Ocean Race environment, with racing from host city to host city along with in-port competitions. The participating VO65 teams will get significant offshore racing exposure.”

The first racing for The Ocean Race VO65 Sprint Cup is the In-port race in Alicante, Spain on 8 January 2023, followed by the first offshore stage in the event from Alicante to Cabo Verde starting on 15 January.

“We are very happy that we will compete in the in-port race (8 January) and then take the leg one start in Alicante on 15 January. We’re looking forward to racing three incredible legs against some top-level competition. It promises to be an incredible battle,” said Jelmer van Beek, a 27-year old Dutch sailor from The Hague who has been named skipper and will lead the young Team JAJO.

“For me personally it is an amazing challenge to be the skipper of Team JAJO. I think I am one of the youngest skippers to take a start in the race. It’s a huge responsibility and above all a challenge. But one that I am ready for and really looking forward to, especially with this team.”

The Dutch boat had a refit at Royal Huisman last summer and is almost race ready, with finishing touches being applied in Barcelona, before the team assembles for training on December 6.

“It’s been such a big learning experience working on this boat to get it ready for racing,” said Mateusz Gwóźdź from the Polish team.  At just 17 years old he is expected to be the youngest sailor in the race – an accolade he previously achieved when he competed in The Ocean Race Europe in 2021. “I can’t wait to get the boat in the water and do more training before we head for Alicante.” Gwóźdź said.

The Polish team has been preparing its new VO65 (previously AkzoNobel) from a base in Valencia, Spain and is planning to make a full team and crew announcement shortly.

Working its way back into The Ocean Race is Team Viva México, who are aiming for a Mexican comeback of sorts after the historic win of Sayula II in the first edition of the race in 1973. No Mexican-flagged team has participated in the race since then.

“In 2019 we set ourselves a goal to bring Mexico back into what we consider the greatest race around the world,” said skipper Erik Brockmann, who led the team in The Ocean Race Europe.

“Many things have changed in the past three years that we did not anticipate then, but being on the start line to race for The Ocean Race VO65 Sprint Cup is an exciting step towards bringing Mexico back into Race and a way of paying tribute to the historic win we achieved 50 years ago.”

More information about the VO65 teams racing for The Ocean Race VO65 Sprint Cup will be made available shortly.

Meanwhile, the IMOCA fleet is set to lead the action in The Ocean Race with five teams – 11th Hour Racing Team (USA), Team Malizia, GUYOT environnement-Team Europe (FRA), Biotherm Racing  (FRA) and Holcim PRB (SUI) – featuring many of the top names in offshore sailing, racing around the world. The IMOCA fleet will assemble in Alicante, Spain from 2 January 2023 ahead of their in-port race on 8 January.