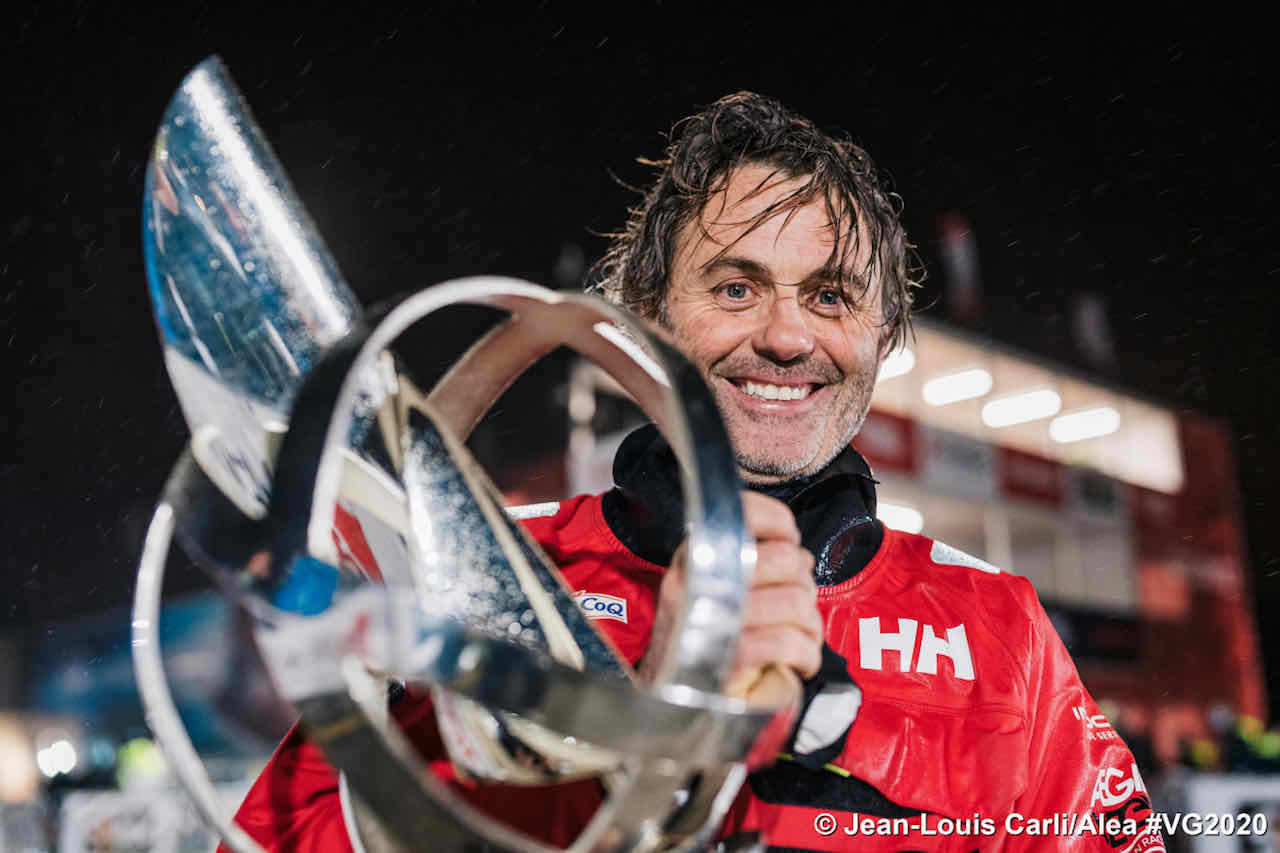 After more than 11 weeks of racing the leading group have finally made it back to Les Sables D’Olonne and Yannick Bestaven has been confirmed as the winner of the ninth edition of the Vendee Globe.

But Bestaven’s Maitre Coq IV was not the first boat home – in fact he finished after line honours winner Charlie Dalin on Apivia, Louis Burton on Bureau Vallee, and Thomas Ruyant on LinkedOut.

So how did he win? Conrad and Justin talk through how the leaders’ final week sea played out as they each closed in on the finish of their epic marathon circumnavigations of the planet. There was plenty of action on the night the leading group finished – not least including some major drama for German skipper Boris Herrmann.

All that and lots more besides…