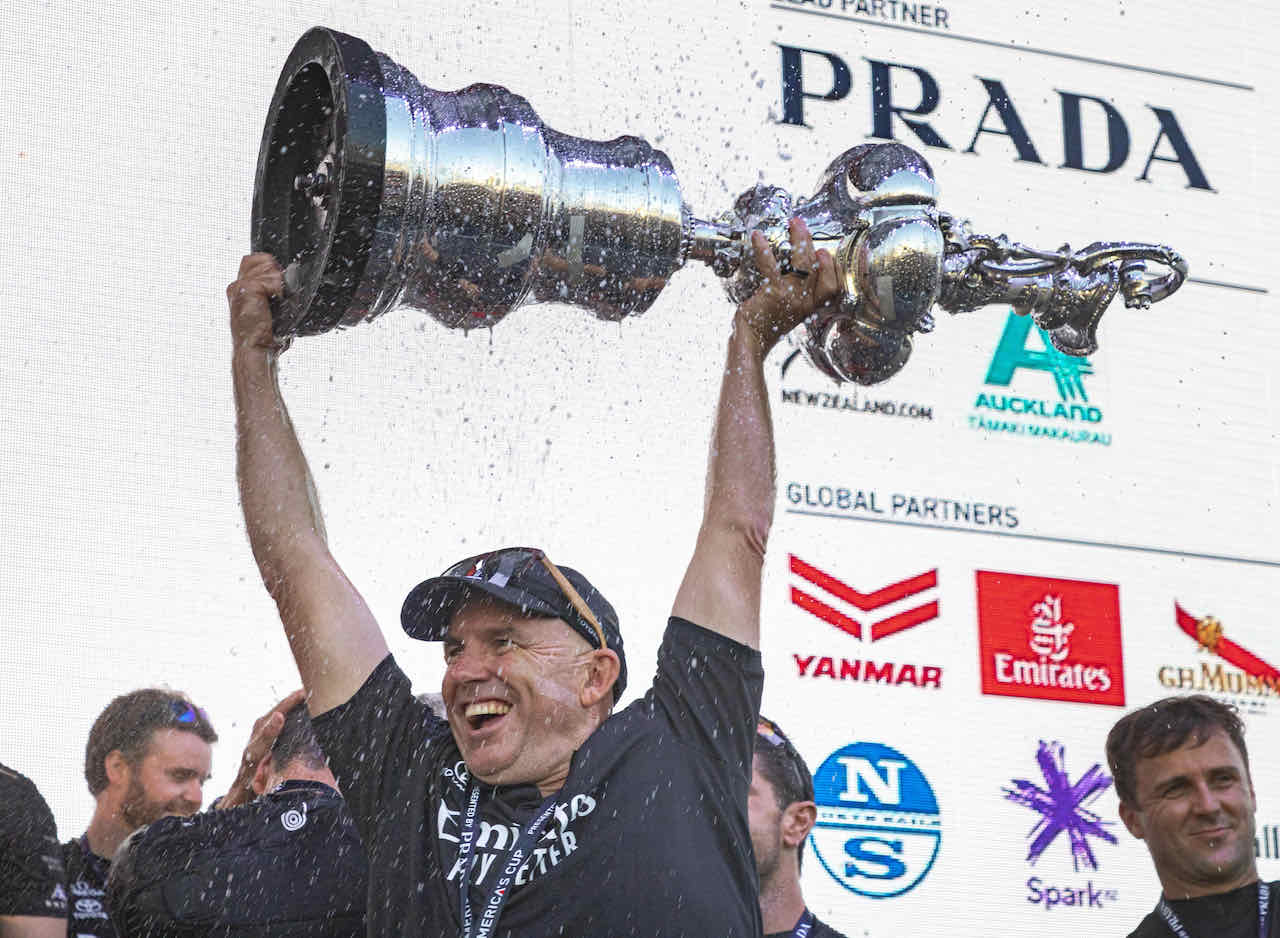 Justin Chisholm’s guest on the fifth and final episode of the Yacht Racing Podcast EXTRA for March 2021 is New Zealand sailor Ray Davies – a key member of the Emirates Team New Zealand syndicate that earlier this month successfully defended the America’s Cup on their home waters off Auckland, New Zealand.

As well as having been instrumental in introducing the original concept of a foiling monohull that so successfully evolved into the astonishing AC75s that the teams raced in the 36th America’s Cup, Davies was also in charge of the Team New Zealand sailing programme – including driving the team’s chase boat in mock match races to help hone Peter Burling’s pre-start tactics.

During the over an hour long interview the pair discuss:

Davies also explains how he saw the 36th America’s Cup Match against Luna Rossa Prada Pirelli play out from his unique vantage point on the Team New Zealand chase boat; and how – despite having the weight of responsibility of an entire nation on their shoulders – the Kiwi team tried their best to make each race day “just another day on the water”.

As an added bonus Davies also revealed what the timescales might be before we find out more about the format of the 37th America’s Cup.