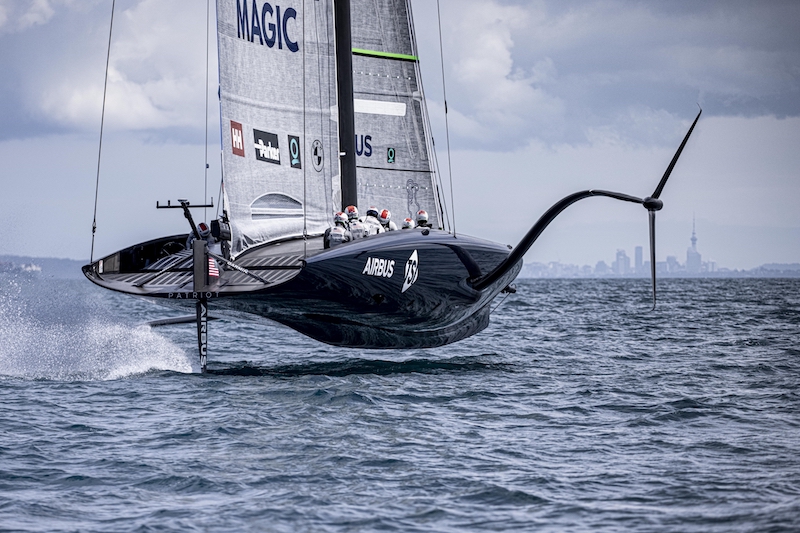 An Olympic gold medallist in the Laser Class and a three-time Moth world champion, Goodison is in the thick of the onboard action as the controller of the gigantic double-skinned mainsail that powers the American Magic AC75.

The first episode of the two-America’s Cup Special – featuring an interview with American Magic Testing Manager Anderson Reggio – is also available to listen to right now.