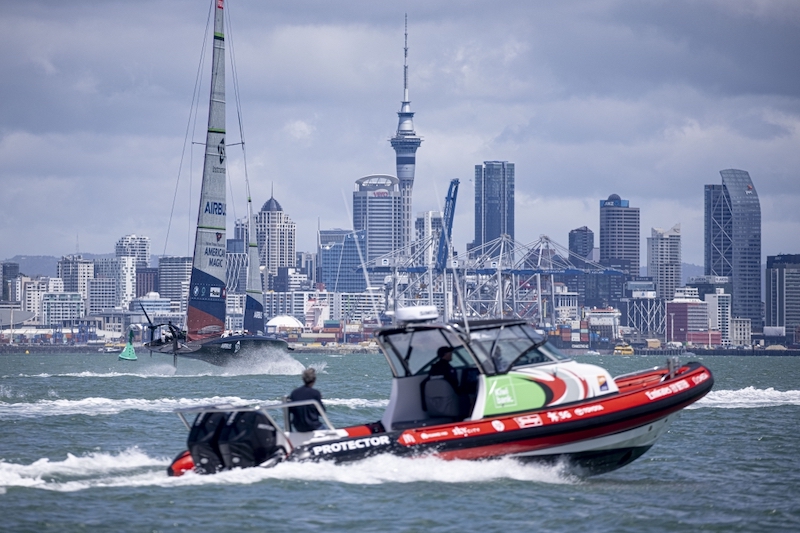 This is the first of a two-part America’s Cup special focusing on the US Challenger syndicate New York Yacht Club’s American Magic.

All the teams are understandably generally pretty tight lipped about what’s going on behind the fences of their team bases down in Auckland – this is the America’s Cup after all – but Yacht racing Life website editor Justin Chisholm has been lucky enough to speak to two members of the American Magic squad – Testing Manager Anderson Reggio and mainsail trimmer Paul Goodison.

In this first episode we find out from Anderson exactly what the role of testing manager is all about and what it is like to spend your days chasing the American Magic AC75 around the waters of the Hauraki Gulf.

In the second episode – also out now – Justin catches up with British sailor Paul Goodison who is in the thick of the onboard action as mainsail trimmer aboard the American AC75.