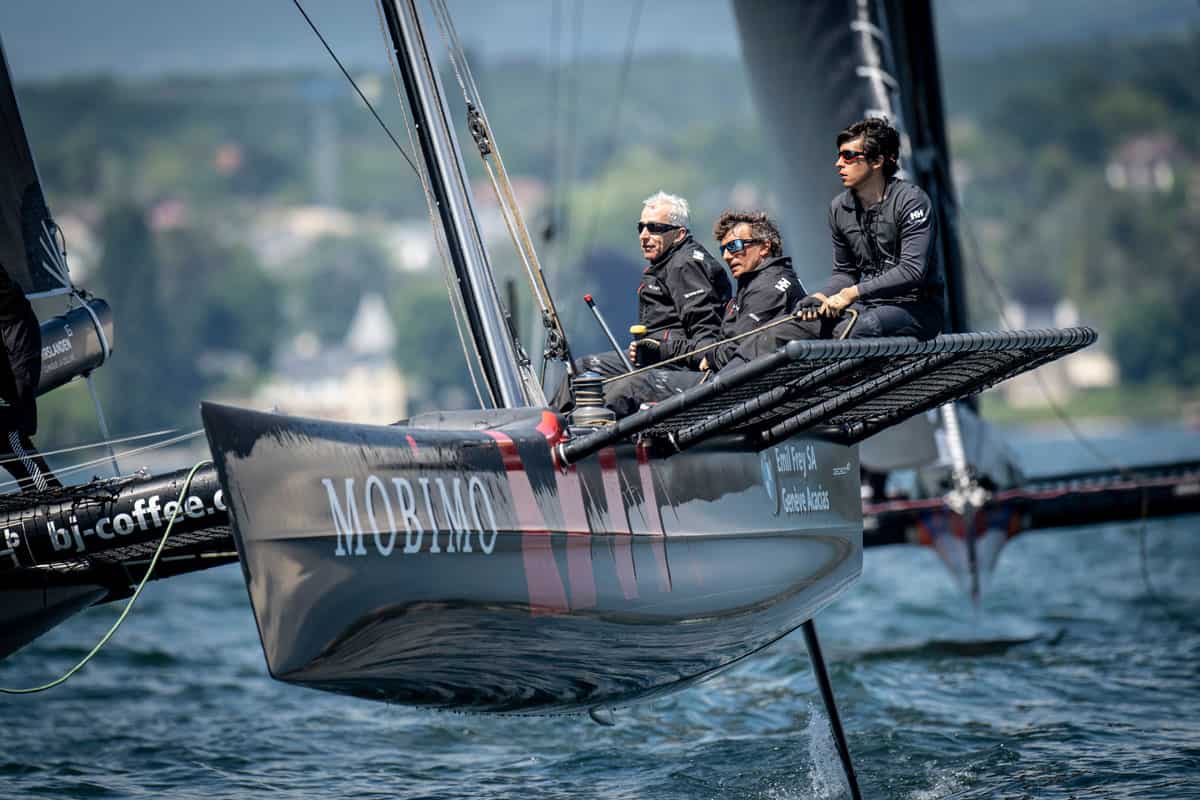 There are not too many races in the world like the legendary Bol d’Or Mirabaud, the eighty-third edition of which takes place this weekend on Switzerland’s Lake Geneva (Leman).

Around 2,000 sailors across a fleet of 438 registered entries will race around the 123 kilometre (66.5-nautical mile) course that takes the fleet on a lap of the lake, starting and finishing in Geneva and passing Lausanne, Montreux and Bouveret along the way.

The race always attracts a wide range of yachts – monohulls and multihulls – all no bigger than 35 feet, the maximum length for the lake.

Taking a tilt at what would be a record setting eighth Bol d’Or Mirabaud victory is veteran sailor Christian Wahl and his super slick W-Team D35 catamaran crew.

I sat down with Wahl today – his birthday incidentally – on the eve of the 83rd edition to ask the man whose friends and rivals call ‘The Wizzard of the Lake’ what it takes to win this classic inland yacht race.

“There are three things you need to get right,” Wahl told me in quiet true wizardly style.

Firstly it turns out that – like every other yacht race ever – if you want to win the Bol d’Or you need to have a fast boat. Wahl told me that for almost all his victories he was on one of the top three or four fastest boats.

“You have to have a very good boat – a very fast boat,” he confirmed.

“It is a race where if you have the fastest boat then you have a chance to win. Racing sailboats is all about going fast. The faster you sail the cleverer you look. With a slow boat it is a big challenge.”

Although now eclipsed by the new generation of TF35 foiling catamarans currently favoured by the likes of Ernesto Bertarelli’s Alinghi Red Bull Racing, and his sister Dona Bertarelli and Yann Guichard’s Spindrift, as well as a host of other top teams, a well-sailed D35 remains a highly potent force in the Bol d’Or.

Wahl has tried foiling and said he finds it ‘interesting but too expensive on a 35-foot boat’. 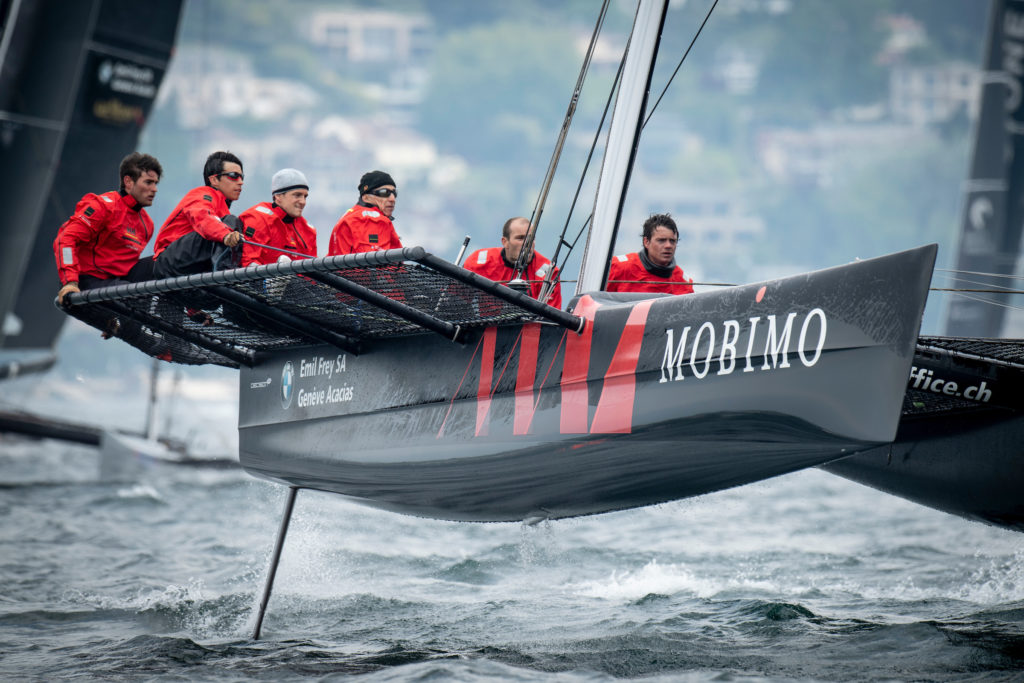 He sails his D35 with a crew of five longstanding and race hardened crew members – a tactician, three trimmers, and a bowman – and steers the boat for the entire race, other than, he told me, a couple of quick 10 minute breaks to eat some food and to relax. With so much going on aboard the high speed cat, he said the idea of rotating roles amongst the crew is simply not practical.

“On a multihull like the D35 on this lake, you don’t have time,” he said. “Every ten minutes there is something to do, so it is much better for the crew to always be in the same configuration.

Wahl earned his ‘Wizard of the Lake’ moniker for his uncanny ability to sniff out precisely where and when the wind on Lake Geneva would appear and disappear. He has been racing multihulls in the Bol d’Or since 1997 and has racked up 13 podium finishes, including his seven wins.

No surprise then that he cites local knowledge as the second essential element required to win the Bol d’Or.

“I know the lake very, very well,” he confessed. “That is the second point – to know the specificities of Lake Geneva. It is very special and you have to know all about it. That’s why it is very difficult for people from outside to understand it.”

Wahl attributes the lake’s curved shape as the significant reason for the lake being so difficult to read.

“The wind in Geneva is not the same as in Lausanne, or as it is in Montreux, or in Bouveret – it is different everywhere around the course and that makes it quite difficult,” he said.

Wahl says that the Bol d’Or racecourse can be broken down into three distinct stage with tricky to negotiate transition zones between each of them.

First there is Le Petit Lac (the little lake) between the start in Geneva and Yvoire – town on the southern French shore. The second part is Le Grand Lac (the big lake) and finally the Le Haut Lac (the high/top lake) at the far end of Lake Geneva near Montreux. If you get yourself through all of these ‘lake Doldrums’ in good shape then don’t get too excited as you have to do it all again in reverse on the way to the finish.

“It all depends on the wind but the first transition is very important and the third one can be really tricky too,” Wahl told me. “You can think you are positioned in the right place but being 100 metres to the left or to the right can make a big difference.

“It’s a lake, so of course there is some luck involved – and that is the third thing you need,” he concluded with a twinkle and a wink.

So, to summarise, what we have learned is that to win the Bol d’Or you must have a fast boat, know the lake like the back of your hand – and have a great big dollop of luck!

Oh and, if you can find one, it definitely helps to have a wise old lake wizard on the tiller.