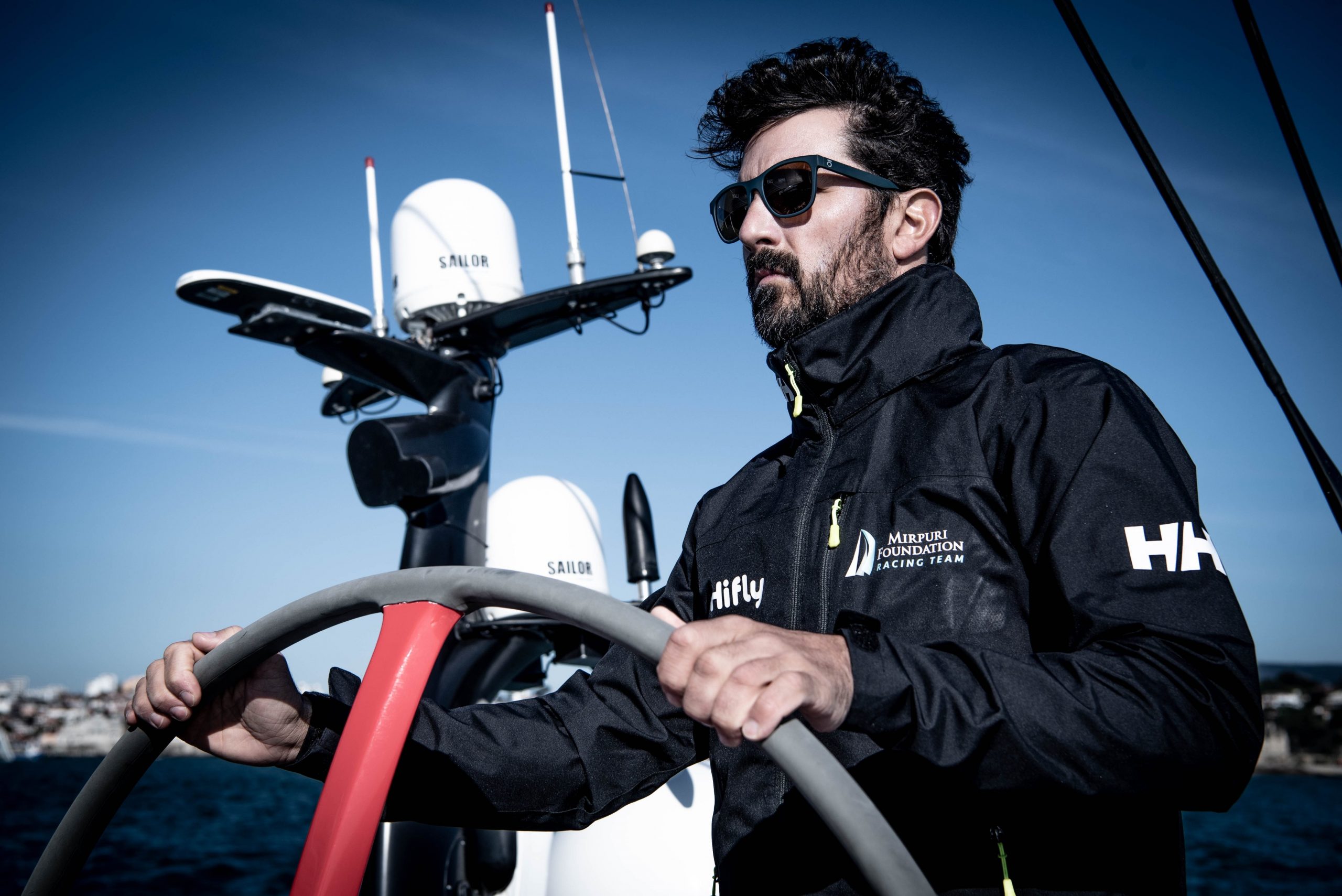 In the latest of our series of articles on the reactions of past and current competitors to the route for the 2021-22 edition of The Ocean Race we hear from first time round-the-world skipper Yoann Richomme, skipper of the Mirpuri Foundation Racing Team – a confirmed entry in the VO65 class.

Based in Lorient, the hotbed of French ocean racing, Richomme is no stranger to offshore racing at the highest level, having won the Class 40 division in the 2018 Route du Rhum and scored two victories in the highly competitive La Solitaire du Figaro (2016 and 2019).

His second La Solitaire win – which elevated him to an exclusive club of only eight two-time winners of the singlehanded one-design event – was all the sweeter in that he was a last-minute substitution for Charles Caudrelier (winning skipper in the 2017-18 Volvo Ocean race).

It was Caudrelier again who earmarked Richomme for the Mirpuri skipper role in his role as an advisor and consultant to the team.

So what was the rookie Ocean Race skipper’s first reaction when he saw the route for his first around the world campaign?

“I was glad to see quite a standard route and nothing too crazy,” he told us. “I was especially eager to know which route we would have to take to get to Shenzhen. We knew there could be a possibility of going all the way around Australia, that would have been really long.

“I think it’s good that the race is shorter than last time. Having talked quite a lot with sailors from the last race I got the feeling that it was a bit too long and a times felt like it would never end.”

The first two legs of the 2021-22 edition will take the fleet from Alicante, Spain out of the Mediterranean at Gibraltar and then down the north Atlantic to the first stopover in Cabo Verde and then on through the South Atlantic to Cape Town, South Africa.

In previous races this has been a three-week opener and a good opportunity for the teams to get into an early rhythm. Splitting the leg will – according to Richomme – make a significant difference.

“Yes it’s always one that is very much liked because it’s not too dangerous, so it’s a nice way of starting the event – but it has a nice tactical side to it,” he said. “The stopover in Cabo Verde narrows the tactical possibilities but a waypoint on the way down will prevent us from hugging the African coast on the way down to Cape Town.

“The most interesting part will be the last week into South Africa for sure with maybe the first Southern Ocean fronts.”

For Richomme the toughest test will likely be that gigantic third leg from Cape Town, South Africa all the way to Shenzhen in China.

“I think that Leg 3 from South Africa to China is going to be challenging as we’ll have to sail first in the Southern Ocean for more than a week then come up through the Doldrums and finally sail through the Java Sea which isn’t very well known to the sailors.”

“The leg starts with a good week of Southern Ocean because the organisation will set a waypoint just to the west of Australia to keep us in the south for a bit longer,” he said. “We then will have to head way north (with a crossing of the Doldrums on the way), to the Java Strait which is only 12nm wide.

“The next section takes us up the Java Sea in between Borneo and Sumatra, largely unknown territory in this race. Lastly we have to beat up the China sea for more than 1300nm.” 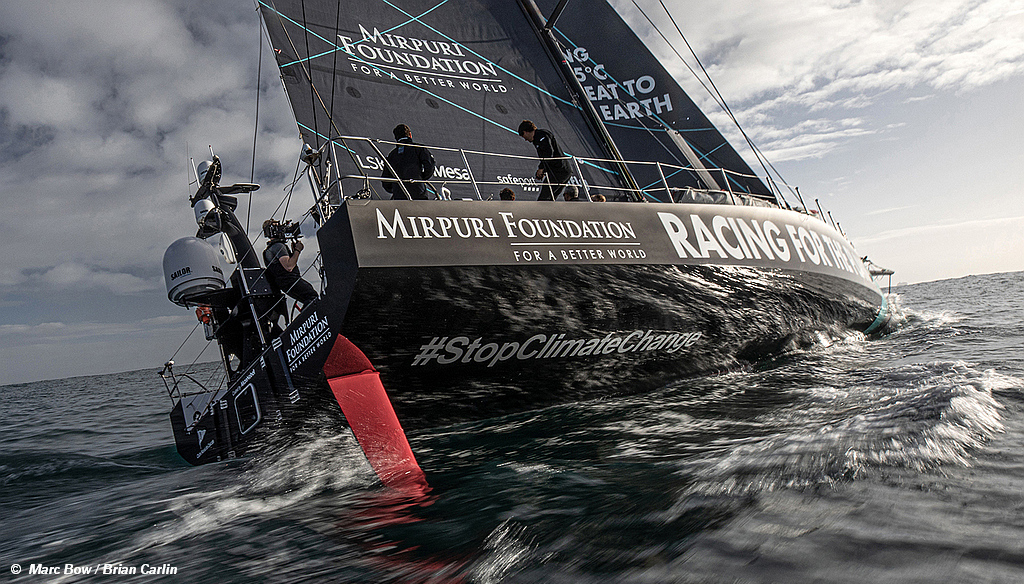 Looking further ahead in the race to the transatlantic crossing from Newport, Rhode Island to Aarhus which will return the fleet has to get back to Europe Richomme says this leg could be a fast, downwind sprint like last time when a new race 24-hour distance record was set aboard a VO65, or a gruelling upwind slog.

“Going further north than before may mean that we’ll get to ride two low pressure systems in a row,” he said. “But if the low pressures are running further south, then we might get to do some upwind in some heavy conditions.”

As for the final leg back into the Mediterranean from The Hague to the race finish at Genoa, Italy, Richomme believes this will prove to be an extremely challenging final stage for the crews already weary from a lap of the planet.

“This final leg is certainly difficult and if the points are tight, we may be in for a stressful leg,” he said. “First of all we have to negotiate the English Channel with its numerous tidal gates and dense shipping traffic.

“The section from Brittany to Gibraltar takes us back into the open ocean for the final time, and then the Gibraltar Strait can be very violent, with winds regularly above 30/35kts. Once through there we have to sail all the way up through the Mediterranean Sea with it’s typically unpredictable weather.

“It is going to make for an interesting finish!”