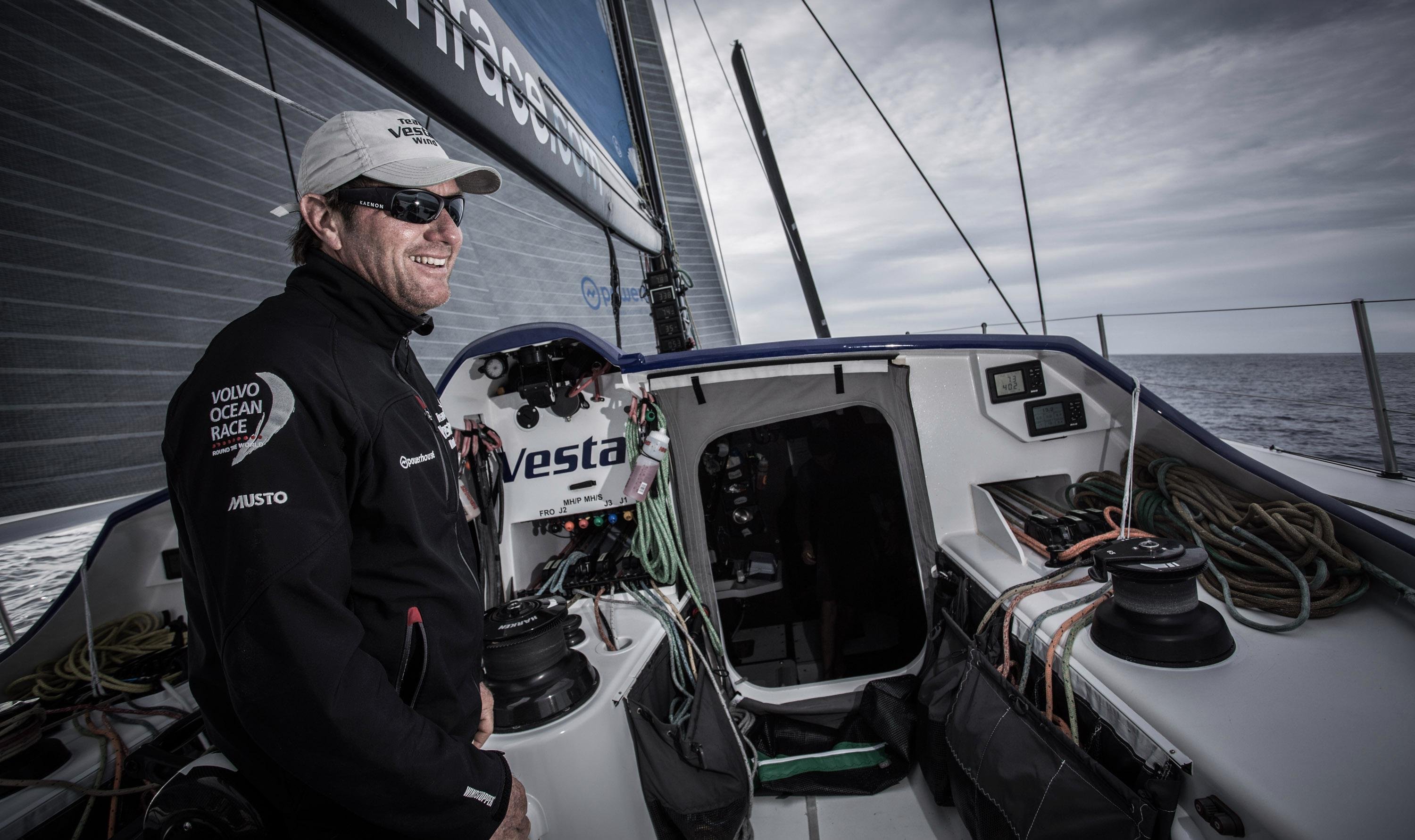 Part 2 of our exclusive interview with Whitbread and Volvo Ocean Race veteran Tony Rae on the progress of Bianca Cook’s Kiwi campaign to compete in the next edition of the Ocean Race in 2021.

Although right now just Rae, Cook and her father Ian are the only people directly working on the campaign, that hasn’t stopped a wave of enquiries coming in from individuals keen to get involved and/or be considered as a sailor.

“We have had quite a few people approach us and there are probably a few other people out there who are wondering how to apply,” Rae said. “We have nothing to offer them right now in terms of securing a job but at least now that we know it is all happening, we can get some names together and create a list of people who are interested and keen to do it.

“We are in the process of building a website to help deal with that and we are also putting together a proper campaign proposal and a video presentation with the help of the people in Alicante at The Ocean Race.” 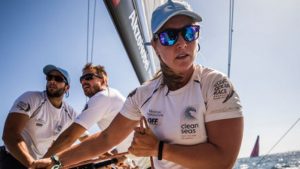 While their boat is on its way to New Zealand Rae says Cook is planning a tour of yacht and sailing clubs, with the dual aim of raising awareness of the campaign as well as helping the clubs raise funds for their own projects.

“The plan is for Bianca to talk about her vision and her passion for the campaign,” Rae said. “I think people will be interested in hearing what she learned last time and what her plans are for the campaign this time.

“It’s not about fund raising for our campaign but more about giving something back to the clubs. There is no set format and different clubs are going to have different requests as to what they would like.

“Maybe it’s a presentation to the members, maybe Bianca can do some work with a club’s learn-to-sail program, or take part in a coaching session, or whatever else people come up with.

“We really want to involve as many people and clubs around the country as we can, so that when we eventually do an around New Zealand tour with the boat, we will already have that connection with the clubs and they will know all about us and the race we are going to be competing in.”

Rae’s first around-the-world race was on Peter Blake’s Lion New Zealand in 1985 – back in the Whitbread days when he was just 22 and Cook was yet to be born – and he has made a living as a professional sailor ever since.

“In those days there were a lot of us doing it and a lot more opportunities to get on boats because the crews were so much bigger and there were more sailors needed to sail them,” he recalls.

“On Lion New Zealand we had 21 crew and there were other boats like that too – Fisher and Paykel and Steinlager as examples, with 16 people on each of those boats – and that created a lot of opportunities for the younger guys to come through.” 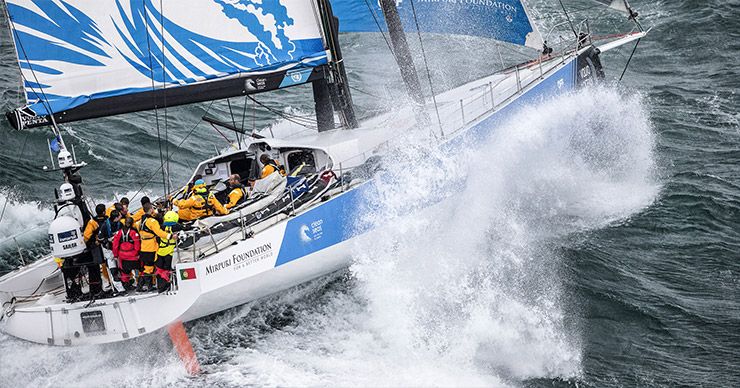 The opportunity to rekindle the concept of a recognised route into a career in ocean racing for young keen talented sailors is at the heart of Rae taking on the management of Cook’s Ocean Race campaign.

“This 65 class creates those sorts of opportunities to give the younger generation a better pathway into ocean racing, like we had,” he said.

“We are also hoping that this is going to be a long-term campaign rather than a one-off thing. At the end of this race we don’t want to be just packing the boat up and shake hands and all part company. I hope that doesn’t happen and we can turn it into more of a long lasting programme.

“I’m sure there will be some post-race sponsor sailing and then maybe we can thing about setting up some sort of offshore academy to keep the pathway open for the younger generation coming through after this race.” 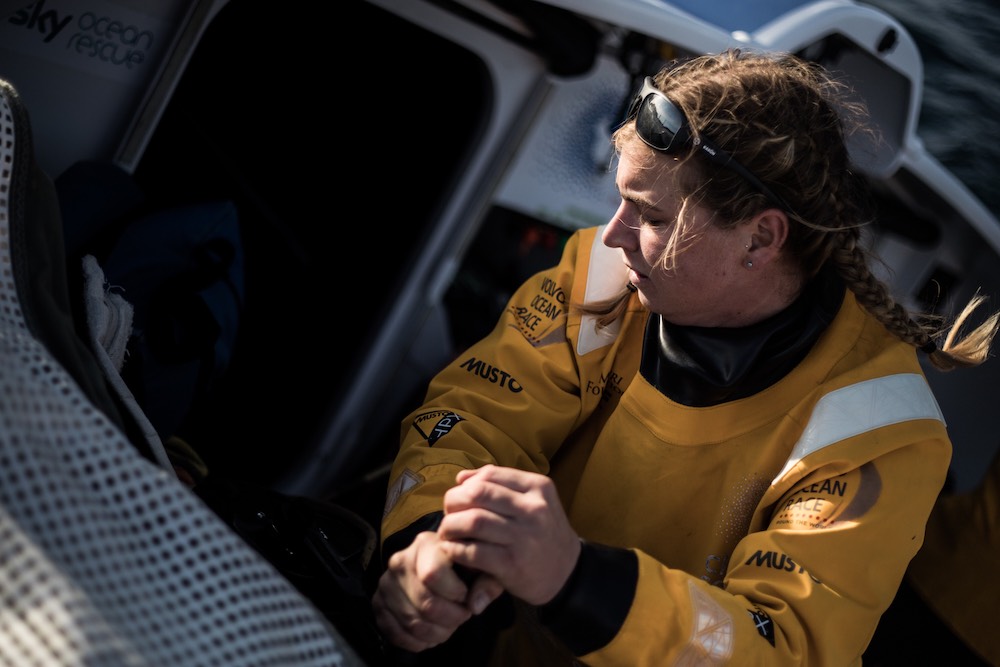 Rae also hopes that there will be future Ocean Race campaigns that spin off from this one.

“Looking to the next race, maybe some of the sailors from this campaign might want to do it on a 60 – a bit like Pete [Burling] and Blair [Tuke] did after the 2017-18 race,” he said. “That’s what creates the snowball effect in terms of more Kiwi boats and sailors getting involved in future races.

“Not everyone wants to run their own campaign but for the ones who do I think it’s awesome. When I asked Bianca what her motivation to do this was, she told me that she just really wanted to skipper her own boat. I think that unless you are thinking like that then you can’t do it.

“Bianca is smart enough to know that she needs some really good people around her to make the programme work. We all know that the way boats are sailed nowadays is quite different to how it was back in the day and these days it’s a very helmsman/trimmer focused model.

“We know we have got a lot of work to do to find the right people, but I hope that we have got enough time to do that.”

You can contact Tony Rae about the campaign here.