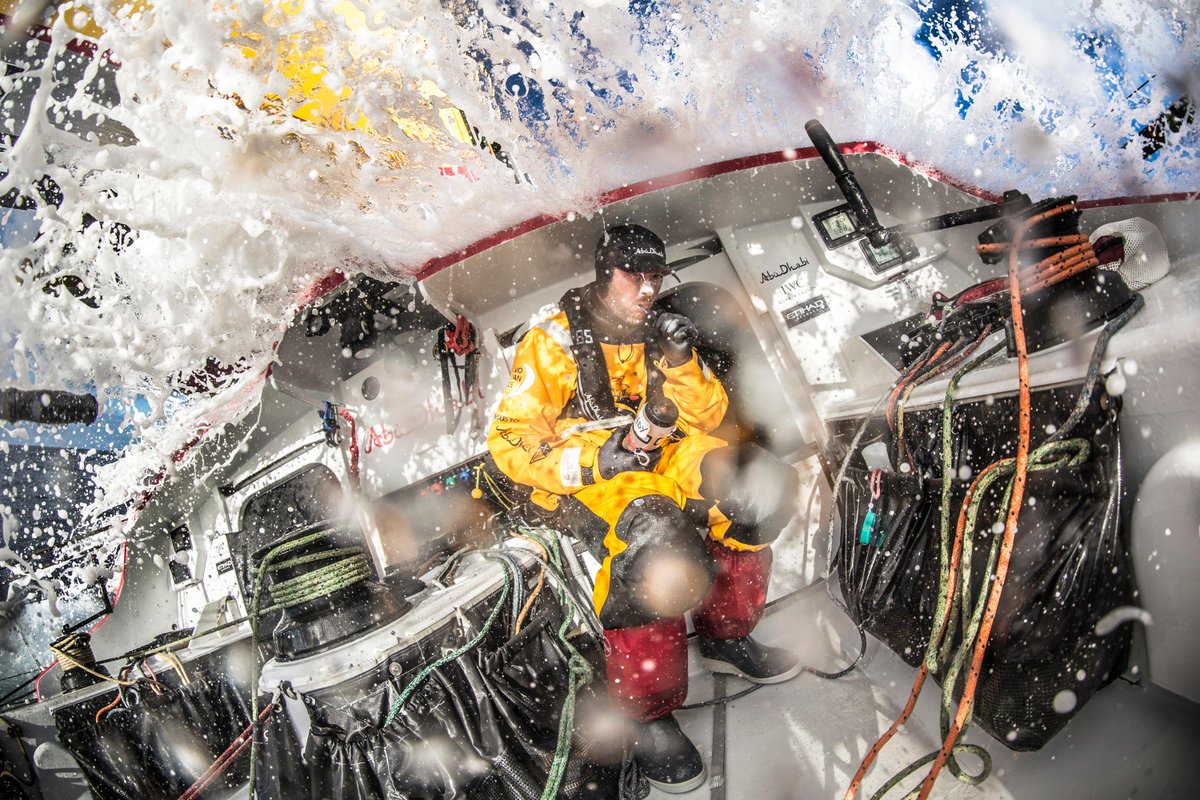 Australian yachtsman Phil Harmer is a five-time competitor in The Ocean Race and has been on the winning team twice – first with Groupama sailing team in 2011-12 and then again the following edition in 2014-15 with Abu Dhabi Ocean Racing – so who better to include in our series of interviews about the round the world route for the 2021-22 edition.

When we spoke to Phil recently he was in Sydney, Australia…

What was your immediate reaction to the confirmed route for the next edition of the race? What are the most notable elements of the course in your opinion?

I was pleased to see some “semi traditional” legs announced but I was also surprised by some parts of the course. The notable element for me is the long leg to Asia! That will be tough and long, but saying that, those sort of legs are usually my favourites!

The “shortness” is no issue for me. It’s in the ballpark of previous races and still a bloody long race! I am pleased to see the reduction of pitstops though, as they are tough on the sailors, the shore teams and the sponsors, so no love lost there.

For sure Cape Town to Shenzhen is the standout leg by miles – literally – a good mix of upwind, reaching and downwind sailing in all conditions.

It’s always difficult leaving Cape Town, then you face a week of tough Southern Ocean sailing, before transitioning into light airs, and sweltering hot conditions in the Indian Ocean, only to then face a battle through the islands of Asia.

The Java Sea will be a real test: light airs and squalls, rubbish/debris in the water, loads of marine traffic and strong tides.

All things considered I think this is going to be a very difficult leg.

Tactically it shouldn’t change too much, I don’t think. I feel that with it now being a shorter leg everyone will stick together and take no risks. For sure it’s a bit less appealing, than being able to get your head around leaving Alicante to settle into a 25-day leg. Now we are looking at splitting it between say a seven-day leg and an 18-day leg.

These are going to be very different legs in terms of mindset: Seven days is a “sprint and push hard” leg, 18 days will demand a longer and more routine style approach.

The legs between China, New Zealand, Brazil and the USA should all be business as usual for the teams, but then the fleet has to get back to Europe from Newport with a transatlantic over to Aarhus in Denmark. How might this leg differ from the hell-for-leather drag race we saw in the last edition?

I feel it will still be treated as a drag race to some extent, falling off the back of weather systems will likely be a leg loser, so everyone needs to be on their game. Going over the top of Ireland/UK will mean it’s a cold leg, with plenty of fog and cold water on deck. For the sailors, this will for sure be a long and intense leg.

The Med can be a difficult piece of water to sail in and at that time of year there could be zero wind – which will be pretty painful at the end of a race around the world. There is of course plenty of land to make gains from picking up land breezes etc, but this also means plenty of manoeuvres for the sailors to execute! Whichever way you look at it, this will very likely be a very difficult and tiring last week of the race for everyone concerned.