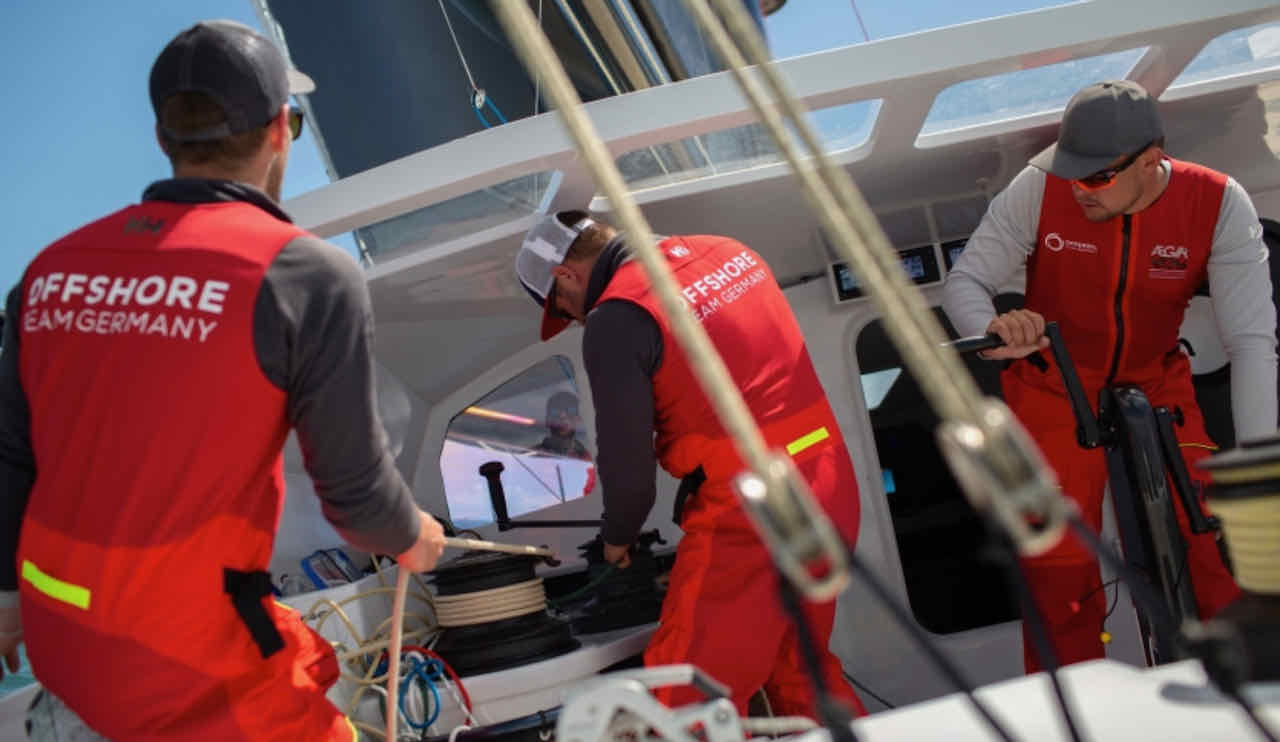 Offshore Team Germany has announced it will compete in the IMOCA class in The Ocean Race Europe.

The team will be led by German sailors Robert Stanjek and Phillip Kasüske anchoring an international crew that features Annie Lush, a veteran of previous campaigns in The Ocean Race.

“This is a terrific sign. I’m happy that it’s actually becoming real now and we are finally getting underway,” says Robert Stanjek, who switched to offshore sailing following his London 2012 Olympic participation in the Star boat (sixth place with Fritjof Kleen).

“For me, the significance of The Ocean Race is quite similar to the Olympics. And the preparations have the same dimensions to an Olympic campaign – even if the tasks are much more diverse.

“The Ocean Race is my big dream and participating in the first ever edition of The Ocean Race Europe is a fantastic opportunity. We are very aware that we will be the rookie team. But we will be ready and give the others a tough competition.”

The team is planning training sessions off France ahead of the start in Lorient at the end of May.