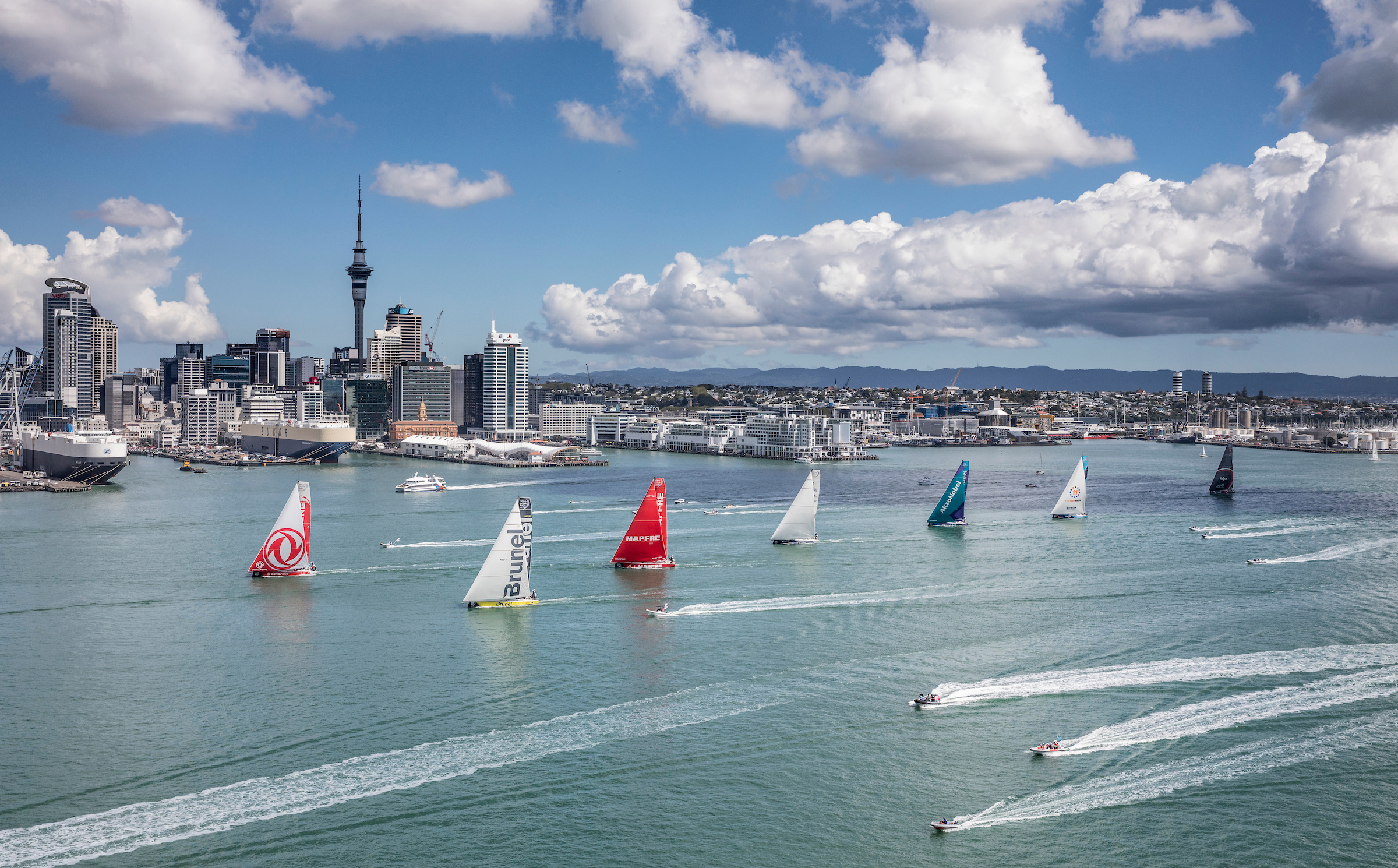 The Ocean Race will once again stop in Auckland, New Zealand, during the 2021-22 edition of the fully-crewed, round the world race.

As The Ocean Race approaches its 50th anniversary, the event will be returning to New Zealand for the 12th time. All but one of those stops have been in Auckland, the City of Sails.

“It is a great pleasure for me to confirm The Ocean Race will be returning to Auckland in 2021-22,” said Richard Brisius, Race Chairman of The Ocean Race.

“We consider Auckland to be the spiritual home of the race, with a legacy built on the legends of such iconic New Zealand sailors and race winners as Sir Peter Blake and Grant Dalton, and now leading into a younger generation with Peter Burling, Blair Tuke and Bianca Cook.

“Every time we come here, we see the Kiwi fans passionately celebrating the incredible efforts the world’s best sailors undertake to realise their dreams and ambitions in The Ocean Race, and in turn the crew members appreciate the warm welcome and hospitality they receive here, before departing to undertake one of the biggest challenges they will face offshore – the Southern Ocean.”

The Auckland stopover comes ahead of one of the most difficult legs of the event, as the fleet will race out of the protected waters of the Hauraki Gulf and dive into the Southern Ocean, squeezing between Antarctica and South America as they round the famed Cape Horn.

Kiwi sailors have long written the stories of their careers in this remote part of the world and this time will be no different. Bianca Cook, who competed in the last edition of The Ocean Race on board Turn the Tide on Plastic, is leading a campaign in the VO65 class for the 2021-22 race.

The 2021-22 edition of The Ocean Race will feature two classes of boats – the innovative, foiling, IMOCA 60 class, along with the one-design VO65 boats, which produced the close and compelling competition of the last race.

“It’s fantastic to have confirmation that The Ocean Race will be coming back to Auckland,” Cook said. “It’s great news for our campaign to have certainty that we will be coming ‘home’ for a stopover during the race.”

Cook has purchased the VO65 race boat she competed on in the last race and transferred it to New Zealand where it is being refurbished and readied for her newly established team’s race around the world.

“It’s been an exciting few months and our campaign is really beginning to take shape now,” she added. “With the confirmation the race is coming to Auckland, it’s all systems go for us and we’re working towards getting the boat in the water so we can start our training around New Zealand soon.”

Burgeoning Kiwi legends Peter Burling and Blair Tuke competed in the last edition of the race on separate teams. Fresh off an America’s Cup win in Bermuda with Emirates Team New Zealand, the pair became rivals for the first time, with each looking to become the first sailor in history to claim the ‘triple crown’ with wins in the Olympics, America’s Cup and The Ocean Race. But both would have to settle for a podium position with their respective teams, leaving for unfinished business with The Ocean Race.

Now juggling renewed America’s Cup commitments with a campaign to defend their gold medal in the 49er class at the Tokyo Olympic Games, Burling and Tuke expressed enthusiasm about Auckland again hosting The Ocean Race in 2021-22.

“For both Blair and myself, participating in the last edition of The Ocean Race was a life-changing experience,” Burling said.

“Racing offshore improved us as sailors and allowed us to experience the natural world in a way we hadn’t before. Our time in the Southern Ocean was one of the things that inspired us to create our new foundation, Live Ocean, which is dedicated to protecting and restoring our oceans, something we know The Ocean Race backs strongly as well.

“It’s fantastic to hear The Ocean Race will be returning to Auckland for the next edition, following on from the America’s Cup. Although the Cup and the Olympics are our immediate priorities, both Blair and I would love to be involved in the race again.”

The Ocean Race stopover in 2021-22 will be located along the Viaduct Basin with the exact location and facilities to be defined following the America’s Cup in 2021.

“Auckland is a world-class sailing destination, and the city comes alive each time the yachts visit here,” he said. “And having Bianca Cook confirm her participation as New Zealand’s first female skipper of this race is an added bonus.

“Investment by Auckland Council through Auckland Tourism, Events and Economic Development (ATEED) helps shine the spotlight on our region’s ability to host events of this magnitude. The last time we hosted an Ocean Race stopover we had nearly 500,000 visitors to the village hub, creating a huge sense of vibrancy.

“The $6 billion local and central government investment in the transformation of Auckland’s city centre, and the construction of a new waterfront precinct for the 36th America’s Cup, will create a lasting legacy for Auckland and help us fulfil our role as New Zealand’s international city.

“This visit will complete an incredible year of international events for Auckland,” he concluded.

Economic Development Minister Phil Twyford said the Government is proud to support the 2021-22 edition of The Ocean Race given New Zealand’s longstanding history with the event.

“The stopover presents a fantastic opportunity to bring the New Zealand public back down to Auckland’s waterfront in support of the event, in the area developed for the 36th America’s Cup. We are also delighted that a New Zealand team will be skippered by a female, as increasing women’s participation in sport and active recreation is a priority for us.”

The Ocean Race is scheduled to start from its home port in Alicante, Spain in Q4 of 2021 and finish in Genoa, Italy in June of 2022. Auckland, New Zealand joins Cape Town, South Africa; Itajaí, Brazil, Aarhus, Denmark and The Hague in The Netherlands as confirmed Host Cities, along with Cabo Verde, which will be the first West African stop in the history of the Race.