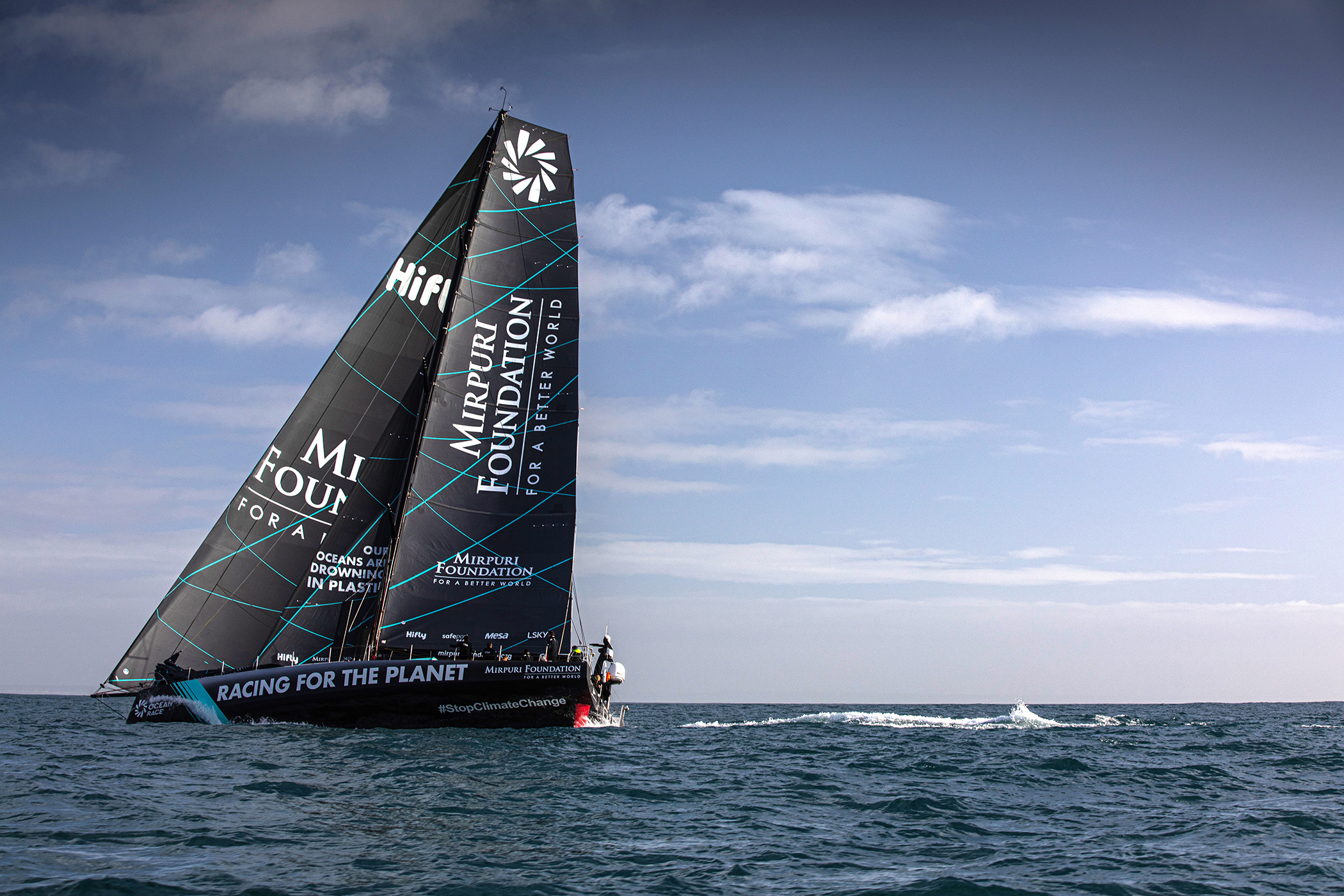 The Mirpuri Foundation Racing Team has ‘baptised’ its VO65 Ocean Race Boat ‘Racing for the Planet’, in a dance-filled ceremony at the Marina de Cascais, in Portugal.

The spectacular launch was attended by over 300 guests, including VIPs and key figures from the yacht-racing world, Portuguese Government, local dignitaries and journalists. Paulo Mirpuri, President of the Mirpuri Foundation, Richard Brisius, President of The Ocean Race, Gonçalo Esteves, President of the Cascais Naval Club, Joana Balsemão, City Councilor of Cascais and João Paulo Rebelo, Portuguese Secretary of State for Youth and Sport made the honor speeches to the audience. There was also a speech from Bruno Dubois, special advisor to the team owner and winner of the last edition of the Ocean Race, and that is helping Paulo Mirpuri to put a very strong team together.

The event began with guests soaking up the atmosphere and enjoying cocktails at Palácio da Cidadela in Cascais, and enjoying a video presentation on the Ocean Race itself and what the Mirpuri Racing Team were facing on their global adventure.

Then the entire launch party made their way, in a sailor-style parade, to the boat, in the events-zone of the Marina, and formalities reached their peak. At this point all eyes turned to the boat, who officially was christened the vessel “Racing for the Planet’ with a traditional Champagne spray.

To great applause, the boat was launched to the ocean and the party exploded into life with close to 50 dancers and musicians springing into action as the Marina’s events-zone was suddenly transformed into a big celebration.

After the ceremony, Paulo Mirpuri, Mirpuri Foundation´s President and Owner of the “Racing for the Planet” boat, said:

“Conservation is one of the founding principles of the Mirpuri Foundation, and after we saw what a super platform the Ocean Race gave us to carry our message, on the perils facing our oceans and sea life, to the four corners of the globe, we decided to go again. But, this time, with our own boat and our own team and with a new, even bigger, message. We hope that too that the launch will act as a reminder of what we are trying to achieve with this whole project.

“We have all watched as extreme weather, and rising sea levels, have brought misery and hardship to millions.

“We all know too that if we do not take action on climate change, our planet’s surface temperature could rise by three degrees, bringing unquantifiable destruction and suffering.

“So we felt that we must, as custodians of this wonderful planet at this key time in history, redouble our efforts to stop climate change.

“As our ocean race adventure begins to unfold ahead of us, we hope then that millions of people will see what we are doing and rally to our cause.

“Put simply, that is why the Mirpuri Foundation will be ‘Racing For The Planet’. That is why we are all here today.”

The Mirpuri Foundation’s entry for the next edition of the Ocean Race, named ‘Racing for the Planet’, is a VO65class monohull racing yacht. Is numbered VO65-1, being the first built of eight vessels in all, and has a great pedigree, the same yacht winning the 2017–2018 edition of the Ocean Race, since which it has been completely refitted, becoming an even better boat.

The Ocean Race will start from Alicante, Spain, in the autumn of 2021 and finish in Europe in early summer of 2022. There will be up to nine stopover ports, with the following already confirmed: Alicante, Aarhus, The Hague, Cape Verde, Genoa and Itajaí.